Omicron may be less severe in young and old, but not 'mild' - WHO

Omicron may be less severe in young and old, but not ‘mild’ – WHO 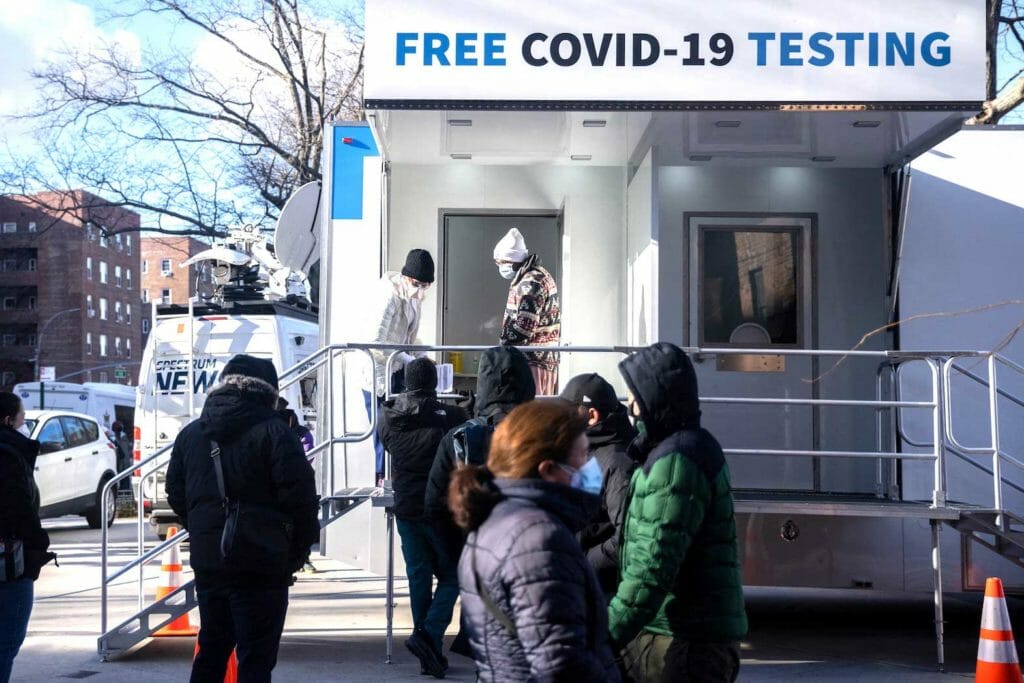 People queue for a coronavirus disease (COVID-19) test at a popup testing site as the Omicron coronavirus variant continues to spread in the Queens borough of New York City, U.S., December 23, 2021. REUTERS/Jeenah Moon

The more infectious Omicron variant of COVID-19 appears to produce less severe disease than the globally dominant Delta strain, but should not be categorized as “mild”, World Health Organization (WHO) officials said on Thursday.

Janet Diaz, WHO lead on clinical management, said early studies showed there was a reduced risk of hospitalization from the variant first identified in southern Africa and Hong Kong in November compared with Delta.

There appears also to be a reduced risk of severity in both younger and older people, she told a media briefing from WHO headquarters in Geneva.

The remarks on the reduced risks of severe disease chime with other data, including studies from South Africa and England, although she did not give further details about the studies or ages of the cases analyzed.

The impact on the elderly is one of the big unanswered questions about the new variant as most of the cases studied so far have been in younger people.

“While Omicron does appear to be less severe compared to Delta, especially in those vaccinated, it does not mean it should be categorized as mild,” director general Tedros Adhanom Ghebreyesus said at the same briefing in Geneva.

“Just like previous variants, Omicron is hospitalizing people and it is killing people.”

He warned of a “tsunami” of cases as global infections soar to records fuelled by both Omicron and Delta, healthcare systems are overwhelmed, and governments struggle to tame the virus, which has killed more than 5.8 million people.

Tedros repeated his call for greater equity globally in the distribution of and access to vaccines.

Based on the current rate of vaccine rollout, 109 countries will miss the WHO’s target for 70% of the world’s population to be fully vaccinated by July, Tedros added. That aim is seen as helping end the acute phase of the pandemic.

“Booster after booster in a small number of countries will not end a pandemic while billions remain completely unprotected,” he said.

WHO adviser Bruce Aylward said 36 nations had not even reached 10 percent vaccination cover. Among severe patients worldwide, 80% were unvaccinated, he added.

Another variant B.1.640 – first documented in multiple countries in September 2021 – is among those being monitored by the WHO but is not circulating widely, said the WHO’s technical lead on COVID-19, Maria van Kerkhove.

There are two other categories of greater significance the WHO uses to track variants: “variant of concern”, which includes Delta and Omicron, and “variant of interest”.