The year of living dangerously

The year of living dangerously 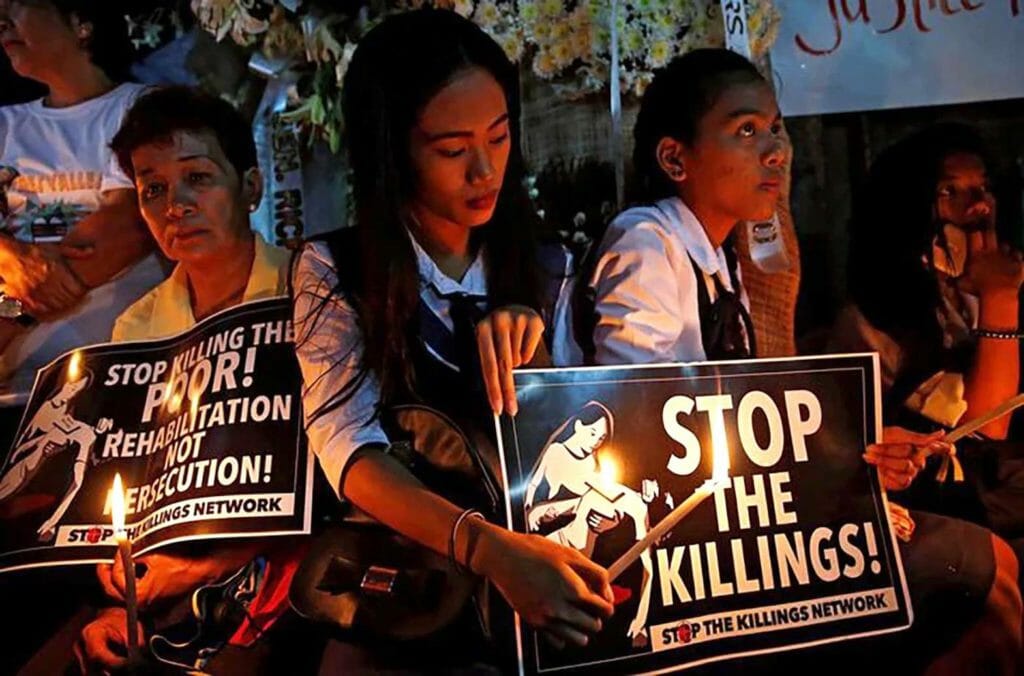 “The Year of Living Dangerously,” the 1982 Peter Weir film about Indonesia, will mark its 40th anniversary next year.

The movie stars Mel Gibson, Linda Hunt (who won an Oscar for her role as a photojournalist) and Sigourney Weaver. Even more notable for Filipinos, the film also features Bembol Roco in a major supporting role, as well as Kuh Ledesma, Joel Lamangan and the late Domingo Landicho.

I find myself thinking about the movie as we wrap up 2021, and as we prepare for what will undoubtedly be a challenging year — a year of danger for people everywhere, especially my homeland and my adopted land.

“The Year of Living Dangerously” is set in the final days of the Sukarno regime before the coup that gave rise to the Suharto dictatorship in 1967, a chaotic chapter in Indonesian history that is also remembered as one of the most violent periods in world history.

The Suharto dictatorship, like the Marcos regime, eventually became one of the most ruthless governments in the history of Southeast Asia. There are still disagreements and debates on how many Indonesians were slaughtered in the months and years following the Suharto coup.

It was a scary, terrible time — which could make one reflect what we are up against in the coming year.

In one scene, Bembol Roco as Kumar, a communist rebel, tells Guy Hamilton, Gibson’s character, “Westerners do not have answers anymore. Water from the moon.
“What does that mean, Kumar,” Gibson asks.

“It’s an old Japanese saying,” Bembol as Kumar responds. “It means something one can never have.”

Peace, democracy, community. It has felt for a time that these are ideals that are simply unattainable these days, as the world enters the third year of COVID and continues to reel from a new era of authoritarianism.

The year of living dangerously. The year when hope, optimism and faith in democracy and human decency are going to take a severe beating.

Have faith in people

There are times when political campaigns, especially as they are presented on social media, have become tiresome and irrelevant. Yes, even those from the campaigns I believe in — like Leni Robredo’s.

But I must confess that despite my jadedness and pessimism (due no doubt to age), the Robredo campaign has at times inspired and given me hope.

One example is the “Pag-ibig ang Kulay ang Pasko” video which was posted on Facebook on December 23. It starts out with the feel of another sappy “We Are the World” video featuring a bunch of celebrities — which frankly I did not find appealing. But then I was pleasantly surprised and was immediately drawn into the video by the stories of some volunteers of the Leni-Kiko campaign.

The most moving one featured Dante. “Isang dating taga-kabila na ngayon ay kasama na ninyo.” (Someone who used to be with the other side, and now is one of you.)

He chokes back tears as he recalls how he has lost three loved ones to the pandemic. And apparently he has grown disillusioned with Dutertismo, with a government that has shown brazen  disregard for the welfare of citizens.

“We’re going to win, because we believe in something,” Kumar, played by Bembol Roco, tells Mel Gibson as Guy Hamilyon in one of the final scenes of “The Year of Living Dangerously.”

Kumar was referring to the communist rebellion which was seriously crushed in the Suharto coup. But he could also have been referring to what turned out to be a long fight against dictatorship — similar to the one we had in the Philippines. (A quirky twist of course is that the communist movement in the Philippines initially endorsed and embraced Dutertismo — then later tried to deny they did.)

Believing in a country, in a people, in the world, in the ability of communities and nations to come together against forces of hate and destruction — that’s not easy to do.

But we have done that over and over again through the years, decades and centuries.

My parents did that during World War II when they had to survive the Japanese occupation. My sisters did that when they chose to fight against the Marcos dictatorship when it emerged in 1972. And my generation and I — the Martial Law Babies — did that when we found ourselves coming of age when the dictator was at the height of his power, and having the privilege of joining the fight that eventually ended the regime.

Believing things will get better, that tyranny can be overthrown — that’s hard. But it is the right, the only attitude that makes sense.

I must confess that I have found myself becoming cynical in recent months  amid signs that the Marcos forces have the momentum and the resources to win.

But then I came across what writer Peter Michaelson said about cynicism which he called “the battle cry of the wimp.”

“Cynicism is the bravado of the faint-hearted, the strut of the weak-kneed, the battle cry of a feeble voice,” he said a decade ago. He also dismissed cynicism as a “cleverly disguised expression of passivity and hopelessness.”

This clearly is not a time for “passivity and hopelessness,” not when there are so many challenges to take on, and so many people like Dante stepping up to take them on.

I’ve written about how I’ve pulled back from Facebook for many reasons. And I highly recommend that in trying to keep abreast of developments in the US and the Philippines, that you try as much as possible to go beyond Facebook.

I still use it, but knowing how it has enabled forces to spread misinformation, deception and hate worldwide has made me more wary of relying on the social network for information and insights — and an advocate for going beyond the world of Meta.

Over the past few months, I’ve found it more useful and valuable to reach out directly to people.

This is critical for other reasons. We’ve seen many deaths since the pandemic began. I’ve lost a few friends who passed away over the last two years. Many of us are also at an age (in our 50s I mean) when it’s possible that we will never see some people we knew and were even close to in our past ever again.

Realizing this has made me more proactive in reaching out and connecting with friends and acquaintances, many of whom are not on Facebook, who I know I must stay connected with.

That’s what I’ve been doing over the past few months. I even found a way to reconnect with a friend, the writer and political thinker Jonathan Rowe, who passed away a decade ago, but whose friendship I found offered valuable insights into the challenges we face.

A combination of grounded optimism, an upbeat view of life and the world that is rooted in a recognition that there are questions that will never be answered or resolved — but that there are connections worth finding once again and nurturing.

Especially at a time when we face so many challenges, so many dangers ahead.

Happy New Year to all!