US bills and policies that could harm immigrant families 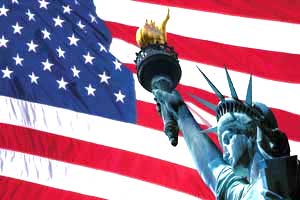 The year 2017 has been challenging for most immigrants. Many Filipino immigrants have been concerned with changes in federal policies and how these are affecting families and employment. The following developments are reasons for apprehensions about the future of U.S. immigration:

A bill known as the Reforming American Immigration for a Strong Economy (RAISE) Act seeks to cut current legal immigration by at least 50%. The serious impact of this bill is the big reduction in family member categories of those who can be petitioned. It includes limiting qualified family members to only minor children and spouse of the U.S. citizens.

Under the RAISE proposal, parents, adult married or unmarried children and siblings of U.S. citizens can no longer be petitioned. In addition, the age of minor children will be reduced to those under the age of 18 (from the current 21).

For millions of Filipinos who are beneficiaries of family petitions, this bill will be a disappointment, especially for families who have been waiting decades to be reunified. This bill definitely does not bode well for family reunification.

Without taking into account family unity and the needs of businesses, the RAISE Act proposes to eliminate the current employment system of immigration. It prioritizes skills over family unity by designating a point system for future immigration applicants.

In his first month in office, President Trump released his on Interior Enforcement  Executive Order prioritizing enforcement. He ordered a budget to hire more than 10,000 Immigration and Customs Enforcement (ICE) agents that may lead to more raids and mass deportations. An enforcement only bill, H.R. 243, was introduced by Rep. Raul Labrador (R-Idaho) that dramatically expands immigration enforcement and further criminalizes undocumented immigrants.

Young unauthorized immigrants are looking forward to legislation that will provide a solution to their predicament, given the termination of the DACA program in September of 2017. The DREAM Act bill would have provided a permanent solution by granting conditional permanent status to DACA beneficiaries and allowing them to become U.S. citizens in 5 years. Other bills like the SUCCEED Act also provided a permanent status but came with restrictions.

Under those bills, Dreamers would be prohibited from sponsoring their children and spouses in order to prevent chain migration. There were also provisions that would compel Dreamers to sign away their rights to any immigration benefit or relief,  like immediate deportation without due process if they commit minor crimes such as driving without license, or shoplifting.

All the above bills are contained in the White House Principles on immigration and obviously will have negative impact on many immigrants. The most disheartening proposals are the attacks on family, the foundation of this nation and the spirit behind our immigration law.  Our community must continue to advocate for what is right and bring the message to our legislators in their home districts this holiday season. Ask them to support immigration bills that are humane and value family unity instead of forcing them apart.

I waited until December 22 to write about an immigration update hoping that I would bring good news about a positive development on the DREAM Act. Those who are beneficiaries of the Deferred Action for Childhood Arrivals will have to wait until January 2018 to find out whether or not Congress will pass the DREAM Act, which is the permanent fix to the DACA program for young undocumented immigrants. This holiday season will still be spent with uncertainty hanging over the future of DACA recipients. While this is a disappointment to many, I am still hopeful that with bipartisan support in Congress, there will be an opportunity for passage of the DREAM Act early 2018.

Merry Christmas and a Happy New Year to all!

(Atty. Lourdes S. Tancinco is a San Francisco based immigration lawyer and immigrant’s right advocate. She may be reached at [email protected], facebook.com/tancincolaw, www.tancinco.com or 1 888 930 0808 .