Doctor in Connecticut accused of sex assault gets probation 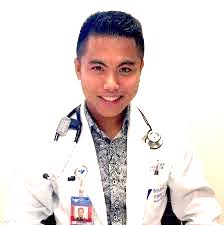 A Filipino doctor accused of sexually assaulting a male patient who went to him to see him for a heart exam in Bridgeport, Connecticut, was granted a special probation program Tuesday, December 19.

The accused, Dr. Louie Gangcuangco, 31, is going back to the Philippines, his lawyer told the court. The judge agreed to grant accelerated rehabilitation for Gangcuangco, who did not plead guilty to charge of fourth-degree sexual assault, according to a report by the Connecticut Post.

Accelerated rehabilitation is a pretrial program available to people accused of nonviolent crimes.

Under the program Gangcuangco, was placed on one year of probation. The original charge will be dismissed, if he commits no other crimes during the probation

The 53-year-old victim told the judge that despite what Gangcuangco had done to him, he didn’t oppose the probation program.

Gangcuangco was no longer working at the hospital due to his arrest and his visa had expired and he must leave for the Philippines. He was ready to present evidence contradicting the accusation had the case gone to trial, he said.

The patient said Gangcuangco assaulted him at Bridgeport Hospital in November 2016 when he went for heart exam.  The doctor allegedly grabbed the patient’s genitals, pinched his nipples, then later invited him out to eat.

According to Gangcuangco, his lawyer said the patient wanted hundreds of thousands of dollars to make the case go away.