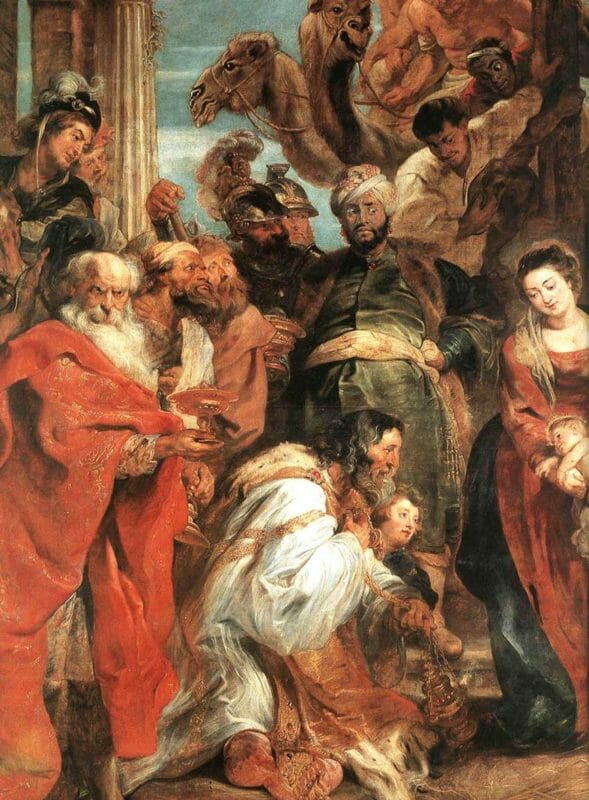 The Adoration of the Magi, Peter Paul Reubens

Imagine a place where offices, factories, and schools remain open on Christmas Day, may pasok. That’s exactly the situation in Algeria, Pakistan, Brunei, Afghanistan, and several other Muslim-majority nations, where Christmas is just another working day.

Also, Christmas is officially banned in communist-atheistic North Korea and China, countries where you are not supposed to listen to Christmas songs like “O Little Town of Bethlehem” or put up a Belen. Those who choose to celebrate the Birth of Jesus run the risk of persecution. Moreover, in Bhutan, Mongolia and other overwhelmingly Buddhist nations, Christmas is not in the calendar.

Otherwise, in nearly 200 countries on Earth, Christmas is “the most wonderful time of the year,” as the song goes. In view of this, Catholics – mostly from Europe, South America, India, Sri Lanka, and the Philippines – in the tiny and predominantly Islamic-island nation of Bahrain received an early Christmas gift this year.

On December 10, there Our Lady Arabia Cathedral in Bahraini capital Manama was inaugurated by Luis Antonio Cardinal Tagle, head of the Vatican Congregation for the Evangelization of Peoples. The Muslim government built this huge house of prayer in response to the Gulf region’s increasing Catholic population, now estimated at 2,500,000. As of this writing, the nine-day Simbang Gabi is being celebrated in this Church, the largest cathedral in the Persian Gulf.

Christmas Day marks the historical birth of our Savior, although the exact date is not stated in the Gospels. It is a given among Biblical scholars that a 16-year-old virgin named Mary gave birth to Jesus in Bethlehem between 6 and 4 BC and that Jesus is neither a myth nor a legend, but a historical figure like Jose Rizal and Abraham Lincoln.

His Nativity in Israel is a truth of historical fact. Suffice it to say, that the scholarly reconstructions of the life, death, and resurrection of the historical Jesus are based on three solid grounds: One, on the critical analysis of the Gospel texts; two, on the application of the standard criteria of critical-historical investigation; and, three, on the reliability of primary sources and other existing historical evidence. “In the beginning was the Word… and the Word was God… and the Word was made Flesh” (John 1:14), “born of a woman” (Galatians 4:4).

Although the sacred authors were focused on theological elements rather than historical chronology in writing the Gospels, Luke and Matthew managed somehow to associate Jesus’ birth with a historical fact, that is, the time of Herod the Great. Luke 1:5 mentions the reign of Herod shortly before the birth of Jesus and places the birth during the Census of Quirinius, which the Jewish historian Josephus described as taking place circa AD 6 (Antiquities of the Jews, AD 93).

Sir Colin Humphreys, Ph.D., CBE, is a British physicist like the German Albert Einstein. Specializing in materials science, he was once the Director of Research at Cambridge University and Professor of Experimental Physics at the Royal Institution. His hobby is to reconstruct selected events in ancient history by utilizing modern-day science.

He argued that a comet in the early 5 BC was likely the “Star of Bethlehem,” placing the Birth of our Savior in 5 BC. It means, among other things, that Biblical scholars, classical historians, and many contemporary scientists are now saying that the chronologies described in the New Testament are historical.

Christmas in Christian calendar. St. Hippolytus of Rome wrote a book in the 3rd century and, most probably, it was the earliest source declaring December 25 as the date of the nativity of Jesus. Based on his historical analysis of the Gospel of Luke, he assumed that Mary’s conception of our Lord took place at the Spring equinox, which Hippolytus placed on March 25. Then, he added nine full months to calculate the Natalis Christi, which is December 25. In 350 AD, the early Church under Pope Julius I formalized the immovable Christmas Day that we now know.