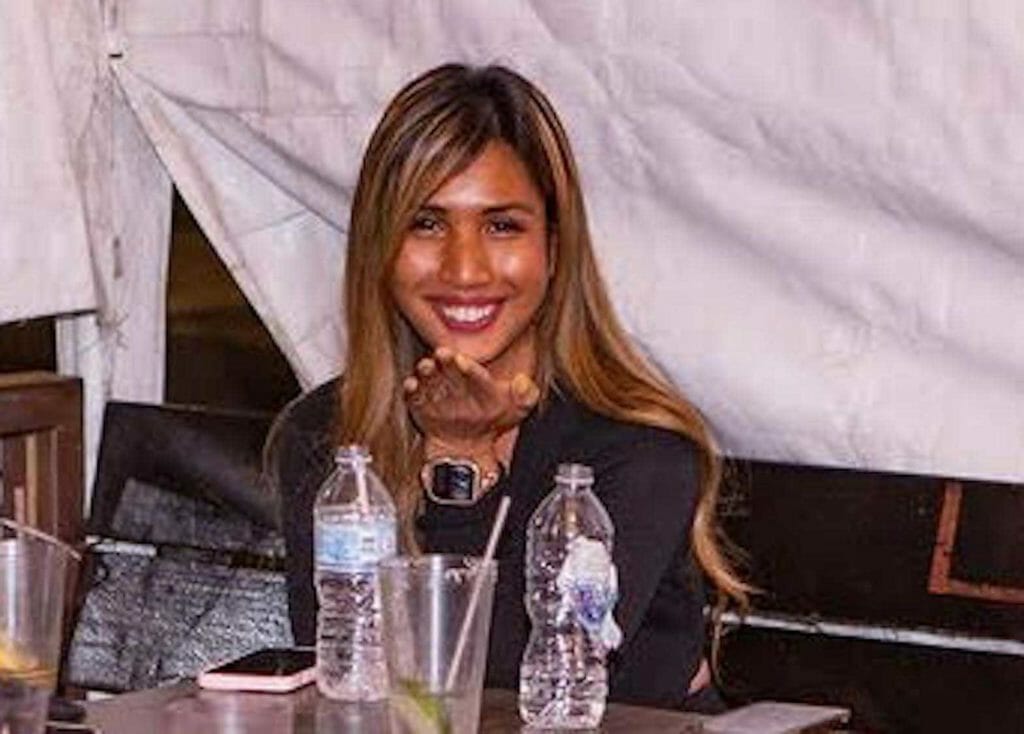 While still in the Philippines, thoughts of transitioning had always lingered in Saludares’ mind, but she didn’t have the courage to actualize it. CONTRIBUTED

When Megan Victoria Saludares, 39, changed her Instagram handle in 2018 from her former name and resurfaced as a woman, her followers, especially those in the Philippines, were mightily surprised. But their reactions weren’t what she had expected.

Instead of disgust or disrespect, her inbox was flooded with congratulatory messages. Her friends felt excited seeing her with long black hair and a slender physique. That was a moment she would never forget. Her family was even more supportive, making her coming out as a transwoman one of the most important moments of her journey into womanhood.

Still, three years later, after her decision to move to the United States in 2015, she finally feels safer, enjoying her authentic self in a place we call the land of the free and home of the brave.

Saludares was born, raised and educated in Manila. She left the Philippines to join her family in San Francisco but later decided to move to Los Angeles to become more independent.

Before deciding to change her life, Saludares had thrived in the business process outsourcing (BPO) industry, starting as a call center agent fresh off finishing her legal management degree in 2004. She worked her way up from an entry level customer service position to team leadership until her move to the U.S.

While still in the Philippines, thoughts of transitioning had always lingered in Saludares’ mind, but she didn’t have the courage to actualize it. HRT or Hormone Replacement Therapy in the Philippines is still not regulated. It’s done through the black market, by those who have more financial resources.

“I thought it was a risky health move at that time and I did not have a community of transwomen in Manila. I always thought that I was happy just being gay and I thought transitioning to a woman was just a phase that will pass.” shared Saludares.

Being openly gay in the Philippines, with its majority Catholic population, is still a big gamble. There are still widespread misconceptions about the lifestyle and, although the concept of “transexual” is nothing new, it is still not widely explored. Being transgender and being gay are still misconstrued as necessarily the same thing.

Although the LGBTQIA community in the Philippines had seen some progress in the most recent years, they were still not protected by laws. LGBTQIA members have limited or no access to resources as in the United States. They are often pigeonholed as comic and funny people doing weird antics in the entertainment industry.

Transwomen are also often subjected to derogatory remarks and derided as “parloristas,” a colloquial term for gay men working in salons as hair and makeup artists and prefer to dress up in women’s clothing.

Saludares humorously shared her confusion with living a double life up until 2017. On weekends, she would go clubbing or attend parties dressed as a woman with full makeup on and hair done. On a revelatory Saturday evening in February 2018, she met a middle-aged transwoman of Malaysian ethnicity in a shared Uber ride on the way to a rooftop party in West Hollywood.

Saludares was complimented for her looks. She was told that she resembles Megan Young, a former beauty queen and Filipina celebrity who won the Miss World crown representing the Philippines in 2013. The encounter led to a deeper friendship. Saludares finally found a community and met more transwomen in LA. She then became more comfortable talking about HRT. Her journey as “Megan”

In spring of 2018, Saludares finally decided to start the process of transitioning and debuted her new Instagram handle. The first step of HRT was to watch a video presentation on the intricacies of the therapy, the disadvantages — a thorough education of the entirety of it.

While it seems that her transition was easy, Megan experienced depression and mood swings, especially during the first few months on HRT. She also had an increased appetite and gained weight during the onset of the therapy. She still occasionally feel highs and lows, a common side effect as hormones induce emotions.

“You have to mentally prepare for it and have a strong core support group. It comes with a lot of challenges emotionally. I am lucky to be in LA and surrounded by a big and diverse community of transwomen and have access to the resources of the LGBT center here. Everything is covered by my health insurance.”

Being on HRT also means decreased to no sexual urges. She is proud to say that at least, sex is not that important to her after transition. She is now more drawn to emotional connections.

Megan looks very youthful. Her doctor said that undergoing HRT is like having a second puberty. Megan has never looked back, and she is extremely proud and happy with her “authentic self.”

While crimes can target transwomen, she hasn’t unsafe or experienced discrimination yet. She feels more excited about her life and the respect she gets as a woman. “Women are respected,” she proudly said.

Megan is currently an e-commerce specialist for an online furniture company based in New York and works remotely in LA. Although she is comfortable and content with her current job, she wants to explore becoming a lawyer and specialize in criminal law and defense.

She is dating a cisgender man she met at a fashion show in LA in 2017. Although she has no plans of settling down yet, it is is foreseeable. “I still want to do a lot of things and take up photography again seriously.” She was a budding fashion photographer before deciding to transition.

Although Megan has no plans yet of undergoing “gender reassignment surgery,” she mentioned that moving to the UK is another option. According to her research, there are more resources there, and the surgery is covered by the universal health care system. Trans people are also more protected by laws in the UK through the Gender Recognition Act of 2004.

“I hope people would be more open to us, transwomen, and use the right pronouns. Transwomen are women and should not be confused as gay men. I am happy and had no inch of regret with who I am now. Now I get to understand women better and the struggles of trans women at the same time. You have to be kind and nice and you will also be treated the same way,” Megan concluded.