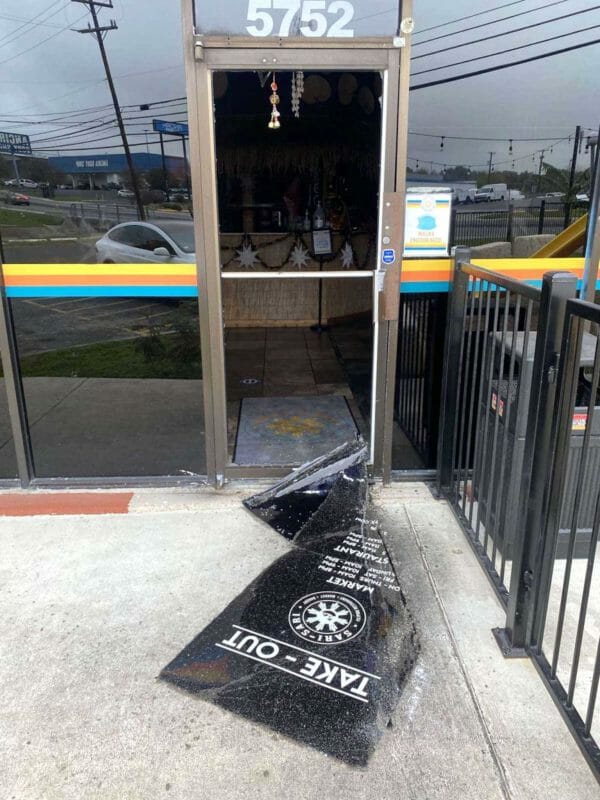 Sari-Sari Filipino Restaurant’s side door was damaged during a break-in. CONTRIBUTED

Security cameras showed an unidentified bald man breaking in through the side entrance of the restaurant. He was also seen lying outside the restaurant

“It looks like he did a tour of the kitchen and market, didn’t touch the registers, but found our office space and found our safe,” owner Camille de los Reyes told MySanAntonio.com. The burglar was shown carrying the safe. 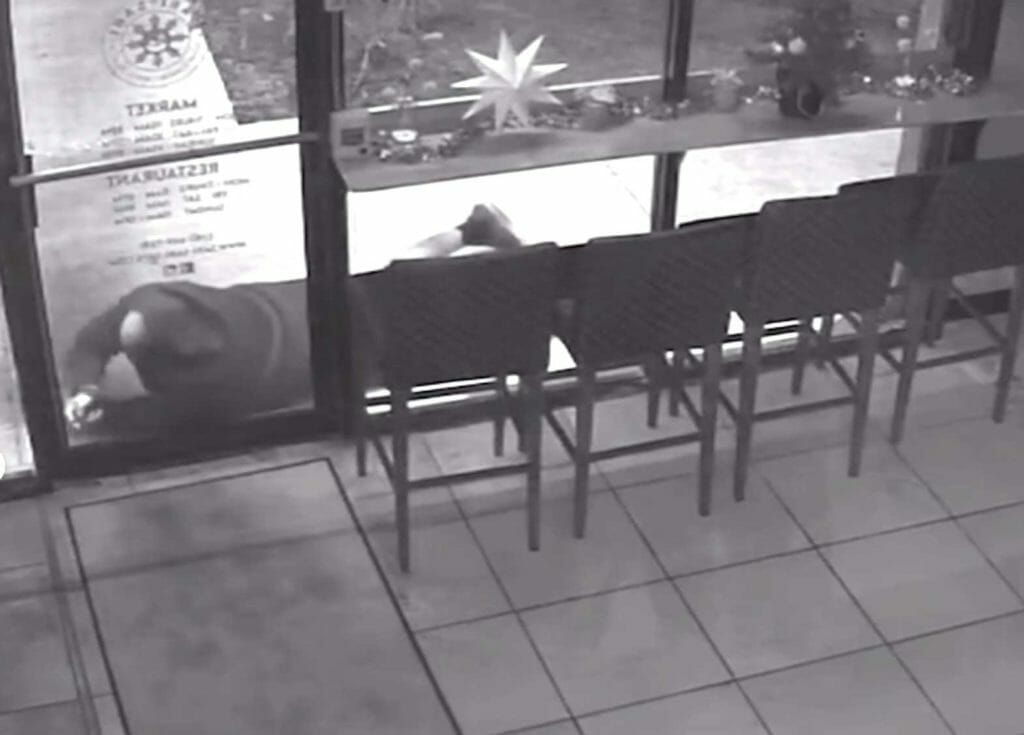 The owners, Adrian and Camille de los Reyes, had just opened their newest eatery Sari-Sari Supper Club, which serves family-style Filipino fare. It is the latest in the group of food businesses they operate, including a second market in the Stone Oak area, flagship food truck Jeepney Eats and the original market and restaurant, which suffered the break-in.

The market and restaurant, located at 5700 Wurzbach Road, is open and operating, “business as usual,” according to its social media accounts.