He filed the lawsuit in federal court in Syracuse, New York, after it was reported that James’ office would seek to question Trump as it probes whether his company, the Trump Organization, manipulated the valuations of its real estate properties.

Trump and the company, which is also a plaintiff in the case, claim that James has violated their rights under the U.S. Constitution by pursuing a politically motivated investigation.

“By filing this lawsuit, we intend to not only hold her accountable for her blatant constitutional violations, but to stop her bitter crusade to punish her political opponent in its tracks,” Trump’s attorney, Alina Habba, said in a statement. 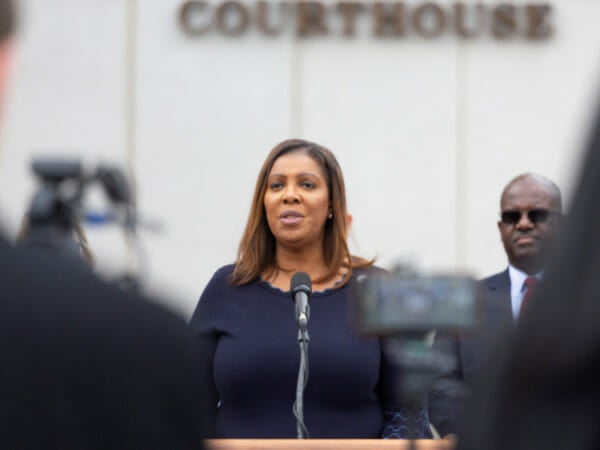 In a statement, James replied: “Our investigation will continue undeterred because no one is above the law, not even someone with the name Trump.”

The civil probe is related to, but separate from, a more-than-three-year-old criminal probe by Manhattan District Attorney Cyrus Vance of the Trump Organization’s business practices, which James joined in May. It includes a focus on whether the Trump Organization overstated the value of some real estate assets to obtain loans and tax benefits.

In July, the company and longtime Chief Financial Officer Allen Weisselberg pleaded not guilty to criminal charges in what a prosecutor in Vance’s office called a “sweeping and audacious” 15-year tax fraud.

In Monday’s lawsuit, Trump and the company claim that James, a Democrat, is motivated by partisan bias against Trump, a Republican, pointing to public statements she made against the former president before she was elected to her position.

They are seeking a court order barring the investigation from going forward.