LOS ANGELES – The new FOX drama series The Cleaning Lady is the first American TV show that focuses on Filipinos, and Filipino Australian actor Martha Millan is in its main cast.

“It is groundbreaking that this show centers around Filipinos,” Millan said, “so there are definitely doors opening up!”

French-Cambodian actor Elodie Yung plays The Cleaning Lady lead character named Thony who moves to the U.S. to save her ailing son Luca.

Millan plays Thony’s sister-in-law Fiona, a Filipina, also undocumented, a single parent and worker. “I really wanted to be careful on how I represented Fiona,” she said.

“I think for this particular part, something really new hit me. I had the feeling that I was seen for myself for the first time; the way I look, my origins and background,” Yung said at an advance community screening in Los Angeles.

The diverse cast and crew started filming the show during the pre-vaccine phase of the Covid-19 pandemic.

Thony and sister-in-law Fiona inadvertently become undocumented immigrants and, as is common in Filipino culture, they live together and lookout for each other.

One of the scenes featuring Fiona, played by Millan, and her son Chris (Sean Lew), exposes the a real-life issue of being undocumented and seeking help through DACA.

“If you remove the labels [i.e., undocumented], it is really all about giving all that you can to your family,” Millan explained, “It is so important to show that throughout my performance and throughout the series.”

When Millan auditioned for the role of Fiona, she was amazed to learn that The Cleaning Lady was actually centered around Filipino culture.

The Cleaning Lady’s creator, Miranda Kwok and the production team, which includes Filipina executive producer, Shay Mitchell, incorporated some Filipino sayings and family traditions, such as the understanding of being “kababayan,” which means being from the same country.

“I was inspired to create a show with a Southeast Asian female lead, which is something we’ve never seen on prime time television,” stated Kwok during a discussion at the advance community screening of The Cleaning Lady.

Kwok also noted that she “wanted to explore the story of an undocumented immigrant and show how she can defy all the odds that were against her, find her strength and faces those challenges.”

“It is completely groundbreaking in terms of the show and it’s diversity. Being a part of this is incredible! Phenomenal!’’ Millan said excitedly.

‘’I’m so glad that they used Ruby Ibarra’s music in the show. There’s so much strength and power in her music!” said Millan.

Ibarra wrote the songs “Runaway”, “Bloodstream” and “No Idea” specifically for The Cleaning Lady TV series. The song called “US,” written and performed by Ibarra and features Rocky Rivera, Klassy and Faith Santilla, piloted the show.

Millan said she was star-struck during her first work encounter with Lou Diamond Phillips. “La Bamba [starring Phillips] was the first movie that my family and I watched in a cinema!” 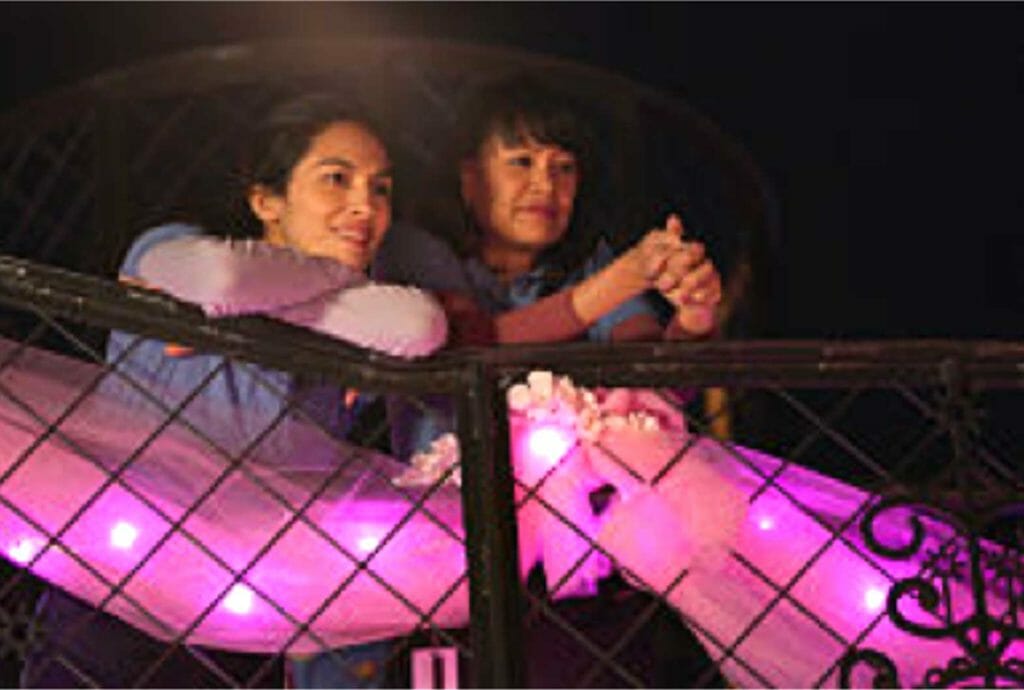 “He was so generous and gracious and amazing to act with and always made you feel creatively open to collaborate with,” she added.

According to Millan, she ended up having a great time with Phillips. “He is so supportive as an actor and so much fun, as well. He sings a lot on set!”

Millan attested to the fun and chemistry among all the cast was integral to their work and that it shows on screen.

When asked about what advice she would give to fellow Filipinas trying to “make it” as an actor in film or TV, Millan recalled,  “There were so many cases where I couldn’t find my identity as a Filipino during the auditions and what booked me most of my jobs was just focusing on the work.”

She added: “You know who you are as a Filipino. (Think) about your craft, your art, what you bring to the table!”

The Cleaning Lady will premiere on FOX this coming January 3, 2022.