While the COVID cases in NYC spiked over the past week, the lines of COVID-19 testing get longer along the sidewalks of New York City. The residents are rattled by the increasing cases as some businesses announced closures. A dreading day for the New Yorkers, a recurrence they never imagined they’ll see again.

According to the Department of Health and Mental Hygiene, the number of positive Covid cases in NYC surges to 2,899 per day from the normal daily average of 1,800 cases over the last 28 days.

As experts have seen the percentage of cases doubling in just three days, NYC Mayor Bill de Blasio said that the culprit is the Omicron variant. He said it was spreading in the community and the virus had never escalated before. 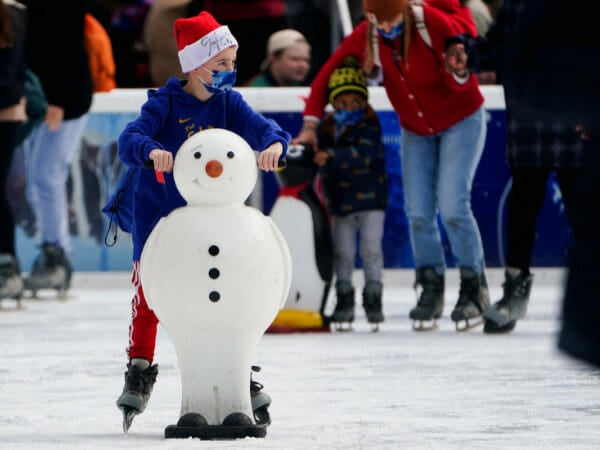 A youth with a mask skates at Bryant Park during the coronavirus disease (COVID-19) pandemic in the Manhattan borough of New York City, New York, U.S., December 16, 2021. REUTERS/Carlo Allegri

Moreover, the New York State had also reported an increase of confirmed COVID cases. From a total of 18,276 in one day, it has surged to more than 40%. It was the highest ever recorded since January 14.

Um, we've never seen this before in #NYC.

Note: Test % is only for PCR & NYC does more per capita daily than most places ~67K PCR/day + 19K [reported] antigen over past few days (1/2) pic.twitter.com/PhxsZq55jn

With the surge of positive COVID cases, hospitalizations are also increasing all over NYC. Gov. Kathy Hochul said that hospitalizations statewide are up by 70 percent from Thanksgiving. The amount of COVID cases per 100,000 residents had increased by 58 percent at that same period.

On additional data from NYC experts, the number of positive cases per day is more than 1,000 higher than the recorded 28-day period. Moreover, transmission rates are also increasing at 311 per 100,000 on Monday’s record.

Health commissioner Dr.dave Chokshi said, “the data that we monitor so closely is showing an alarming trend.” Hence, NYC will hand over 500,000 rapid antigen tests and 1 million masks for free. It was the state’s new plan to lessen the curve. De Blasio also added they were planning to require boosters for city employees and teachers. 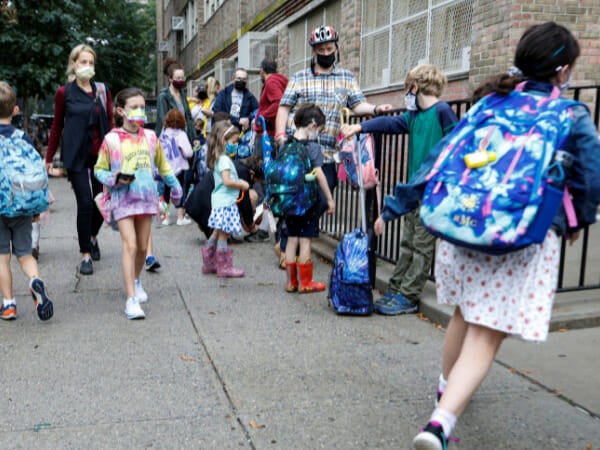 A professor of health policy and management at the City University of New York, Dr. Bruce Y. Lee stated his observation. He said that “The shift most likely owes to rising anxiety over the Omicron variant. But that it also signals the start of a winter surge that health experts had warned could happen again this year.”

He added, “there’s been a change in perception and concern over the past few days.” He also said that increased travel and gatherings as well as the drop in temperatures could push another rise in COVID cases.

Due to the surge in cases, there were cancellations of Broadway shows this week. As some of the cast and crew members have tested positive in COVID. The musicals “Tina,” Mrs.Doubtfire”, “Hamilton”, and “Ain’t Too Proud” won’t be playing in theaters.

An announcement from the mayor’s office prompted that more mobile testing sites will be set up. Also, the testing capacities will be extended at existing locations to meet the surge of demand.

Though it’s not solely happening in NYC alone. Schools will be having virtual classes as the cases continue to spike. Both Princeton and Cornell have applied the same measures this week.