Coping with sadness, grief before a loved one dies 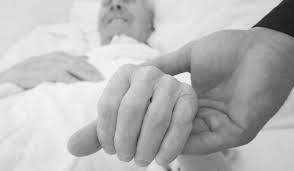 For years before her death at age 96, Nancy Lundebjerg’s mother underwent a long, slow decline.

Arthritis made it hard for Margaret Lundebjerg to get around. After two hip surgeries, she needed a walker when she was out and about.

Incontinence was a source of discomfort, as was the need to rely on aides to help her perform daily chores.

Little by little, Margaret became frail and isolated. “There was a sadness to seeing my mother’s circle of life become diminished,” said Nancy Lundebjerg, 58, CEO of the American Geriatrics Society, who wrote about her experiences in the organization’s journal.

The anguish accompanying aging isn’t openly discussed very often, nor is its companion: grief. Instead, these emotions are typically acknowledged only after a loved one’s death, when formal rituals recognizing a person’s passing —the wake, the funeral, the shiva — begin.

But frailty and serious illness can involve significant losses over an extended period of time, giving rise to sadness and grief for years.

The loss of independence may be marked by the need to use a walker or a wheelchair. The loss of a cherished role may dishearten an older woman who is no longer able to cook dinner for her extended family, gathered at the holidays. The loss of shared memories may be painful for adult children when their older father is diagnosed with dementia. And these are but a few examples.

Looming over everything is the loss of the future that an older adult and his or her family imagined they might have, often accompanied by anxiety and dread. 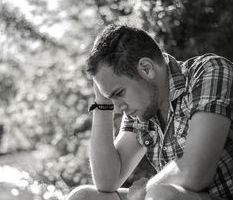 This pileup of complex emotions is known as “anticipatory loss.” “The deterioration of function, disability and suffering have their own grieving processes, but helping families deal with that isn’t built into the health care system,” said Dr. John Rolland, professor of psychiatry at Northwestern University’s Feinberg School of Medicine and author of “Families, Illness and Disability: An Integrative Treatment Model.”

Rolland and several other experts offered advice on how to deal with difficult emotions that can arise with frailty or serious illness:

“Grief starts the moment someone with a serious illness receives the diagnosis,” said Tammy Brannen-Smith, director of grief and loss services at Pathways, a hospice in Fort Collins, Colo. But it doesn’t stop there. Each time a capacity is lost — for instance, an older adult’s ability to negotiate stairs, to drive or to manage household finances — sadness and grief can arise afresh. Brannen-Smith encourages people to acknowledge their feelings and try to “normalize them,

When families avoid talking about an aging parent’s frailty or serious illness, the person with the condition can become isolated and family relationships can become strained.

“My view is, you’re better off trying to get through whatever you’re facing together,” Rolland said.

When Rolland works with couples who are dealing with multiple sclerosis, for instance, he asks them to make a list of things they’d like to discuss but don’t. “Usually, there’s about a 75 percent overlap, and it’s a tremendous relief to most people to find out they don’t have to keep things locked up inside,” he said.

“People who are facing serious illness think about what might lie ahead all the time,” Rolland said. “For a family member not to bring this up, for everyone to be off in their own grieving pockets, alone, isn’t helpful.”

Abigail Levinson Marks, a clinical psychologist in San Francisco, regularly works with adults who have brain tumors, which can alter their thinking and wipe out their memories, as dementia does for millions of older adults.

“People with these conditions aren’t the same as they were before, but it would be heartbreaking for them to know that you didn’t see them as the same person,” she said. “So, the truth becomes something that cannot be named and that everybody avoids, for fear of shaming the person.”

For a caregiver of someone with dementia, that might mean saying,“Sometimes you might see a look crossing my face and think that I’m disappointed. It’s not that I’m upset with you. It’s that I’m sad that there are things that happened in our past that we don’t remember together.”

For someone who has suffered a stroke, it might mean encouraging them to open up about how hard it is to lose a measure of independence and be seen as someone who’s disabled.

How people respond to sadness and grief varies, depending on their personality, past experiences, the relationship they have with the person who’s frail or ill, and the nature of that person’s condition.

“Sadness can make you cherish a person even more and appreciate small moments of connection,” said Barry Jacobs, a Pennsylvania psychologist and co-author of “AARP Meditations for Caregivers.”

Some people, however, can’t tolerate feeling this distress and end up distancing themselves from someone whose health is declining. Others might show up in person but focus on tasks instead of allowing themselves to connect emotionally.

If possible, lean in rather than letting yourself become distant. “Cherish the time that you have together,” Jacobs said. “Rather than pulling back, move toward the person and be as engaged with them as possible, particularly on an emotional level.” In the end, connection eases the pain of grief, and you’ll be glad you had this time with the person.

“Don’t confront grief alone or in isolation,” said Alan Wolfelt, founder and director of the Center for Loss & Life Transition in Fort Collins, Colo. “Have people around you who are supportive and who will be present for you” — family members, friends, people from a support group, whoever is willing to be a companion through your journey through serious illness.

Ultimately, this journey will help shape how you ultimately experience a loved one’s death.

Wolfelt describes mourning his mother twice. “The day she was diagnosed with Alzheimer’s and all the days I watched her dwindle. And then, the day she died, I had to begin mourning again, at a whole other level.”

But Lundebjerg of the American Geriatrics Society found a measure of peace when her mother finally passed away, after two seizures and the family’s decision not to pursue further treatment. “It was OK that she died because she was ready — she had made that very clear. And I had come to peace, over a very long time, with the fact that this was going to be coming.”

We’re eager to hear from readers about questions you’d like answered, problems you’ve been having with your care and advice you need in dealing with the health care system. Visit khn.org/columnists to submit your requests or tips.