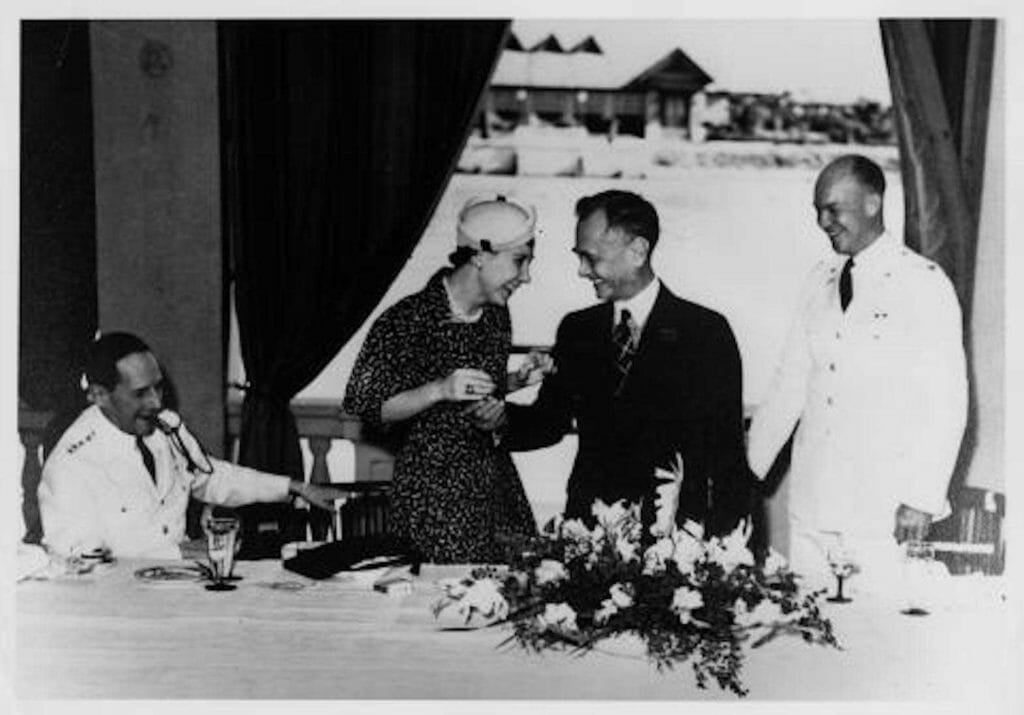 On December 14, 1941, Dwight D. Eisenhower arrived at the War Department in Washington D. C. He had been summoned by Army Chief of Staff George C. Marshall two days previously. The War Department was in a state of crisis since the attacks on Pearl Harbor and the Philippines only a week earlier. There were more than 200 Army officers senior to Eisenhower, so why would General Marshall request a meeting with Eisenhower who was stationed in San Antonio, Texas?

General Marshall had known for years that Eisenhower was a rising talent in the Army, but the latter had one previous assignment that intrigued Marshall. Eisenhower had served from October 1935 to December 1939 in the Philippines as the personal assistant to General Douglas MacArthur.

Eisenhower had served as MacArthur’s assistant for several years at the War Department. When MacArthur informed Major Eisenhower that he was going to the Philippines with him, the latter objected and requested orders to command troops in the field instead. MacArthur was persistent and essentially did not give him a choice. Although Eisenhower wanted different orders, he devoted his time, energy, and extraordinary talents to developing the Philippine military.

From the very beginning of the assignment, General MacArthur appeared to be apathetic, reclusive, and withdrawn. His mother had died shortly after her arrival in Manila. MacArthur was given the air conditioned penthouse at the Manila Hotel, whereas Eisenhower was allotted a small suite in the old section of the Manila Hotel without air conditioning. Because of the heat, Eisenhower ate his meals in his underwear and slept under a mosquito net.

With minimal supervision and time commitment from MacArthur, Eisenhower became the workhorse, driver, and detail man behind the mission. The lack of funds for the Commonwealth military was a big problem from the beginning. With a reduced budget, Eisenhower was forced to reduce the size of active duty soldiers and expand reserve soldiers.

During the time that Eisenhower spent at Malacanan Palace, a close friendship developed between him and President Quezon. Besides the common goal of building the military, both men were avid card players. Poker and bridge were the preferred card games. Quezon introduced Eisenhower to many members of the Filipino political and business elite and prominent American businessmen in Manila. Although Eisenhower was only a Major and then a Lieutenant Colonel in the U.S. Army, he was respected and liked for his role and position plus his affable personality.  He was invited to many exclusive functions in Manila.

Over time, President Quezon really appreciated Eisenhower’s skills and abilities in developing the Commonwealth military despite minimal funding. President Quezon even started asking him to write his speeches.  General MacArthur had utilized his speech-writing flair since the early 1930s.

After four years in the Philippines, Eisenhower emphatically asked MacArthur and Quezon to be released from his duty. He wanted new orders commanding troops in the field. Both Quezon and MacArthur did not want to lose Eisenhower’s service. General MacArthur probably needed him more than he needed MacArthur. President Quezon offered Eisenhower a new contract with a” blank emolument” but the extra pay did not entice him.

When Dwight D. Eisenhower met with General Marshall on December 14, 1941, he had passed the test by the Chief of Staff of U.S. Army. Marshall was impressed with his knowledge and analysis of the crisis in the Philippines and his plan of action. Eisenhower was placed in charge of the War Planning Department for the Philippines and the Far East. December 14, 1941 commenced Eisenhower’s “Big Break” and his phenomenal rise to the top of the U.S. Army.

On June 20, 1942, there was a final reunion of President Quezon and Major General Eisenhower. Quezon, now in exile in the United States, met with him in Washington D.C.  Although the Philippines was now under Japanese occupation, Quezon sincerely thanked Eisenhower for his service to the Philippines. He offered Eisenhower an honorarium in gold, but the latter turned down the compensation.  He did accept the citation of service.