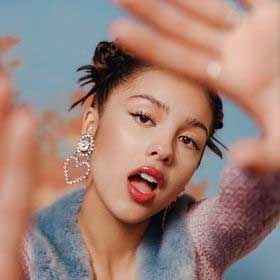 OlivIa Rodrigo will do shows coast-to-coast in the U.S., as well as in Germany, Italy, Switzerland and France, among other countries. PINTEREST

Rodrigo will do shows coast-to-coast in the U.S., and perform in Germany, Italy, Switzerland and France, among other countries.

Rodrigo, a star of Disney Channel’s “Bizaardvark” and “High School Musical: The Musical: The Series” on Disney+, soared to fame with her runaway debut single “Drivers License.”

In a single week “Drivers License” became the most streamed song on Spotify, and Rodrigo became the youngest artist to debut at the top of the Billboard Hot 100, staying there at No. 1 for eight weeks. With other hits  “Deja Vu” and “Traitor,” “Sour” remained in the top spot on the Billboard 200 for a month.

Rodrigo quickly followed up with “Good 4 U” at No. 1 on the Hot 100 in May. She is up for seven Grammys next month: album of the year; song of the year; record of the year; and best new artist.

Rodrigo received seven Grammy nods for “Sour,” including best new artist, album, record and song of the year. “Sour” is considered by Rolling Stone and The New York Timesamong the best-released pop music in 2021.