Leni Robredo and the islands of hope

Leni Robredo and the islands of hope 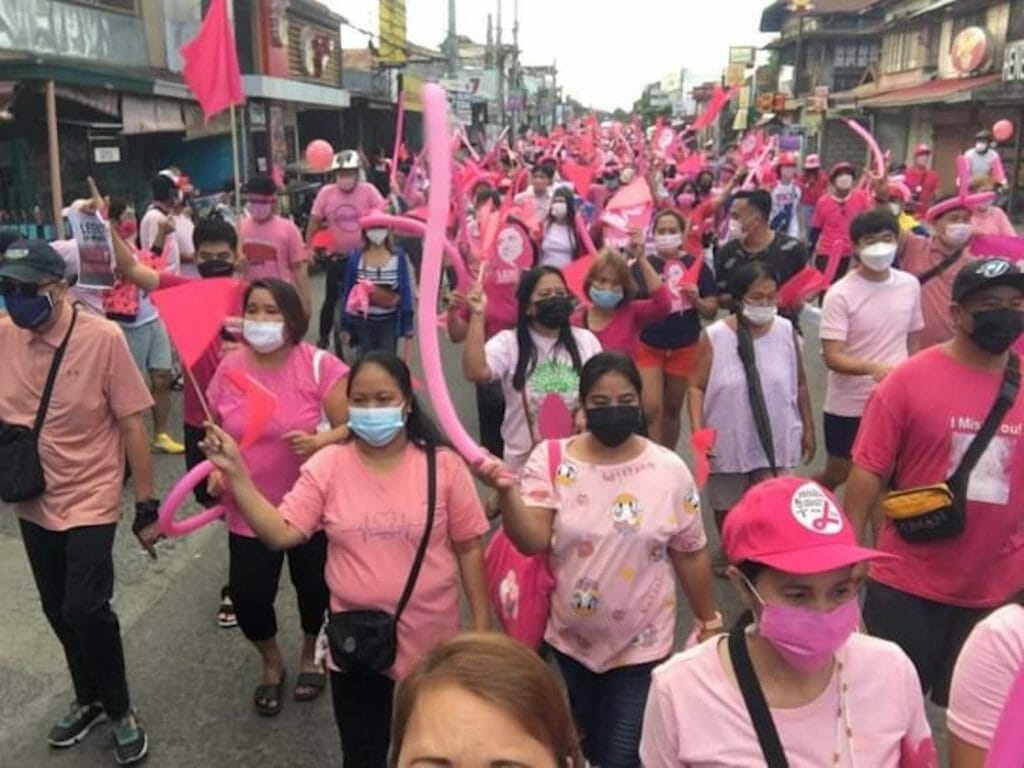 “I don’t want to be either pessimistic or optimistic,” writer and novelist Cris Yabes told me. “Let’s just keep our eyes open, as we used to do when we were young journalists.”

It was clear-headed advice from a friend, a fellow member of the Martial Law generation, with whom I recently shared worries about where the country was headed.

I had been lamenting how while the Leni Robredo movement appears to be taking off in a groundswell of support from Filipinos looking for inspired, decent leadership, there are reasons to worry about what’s going to happen.

Reading the election campaign from afar has also been tough. I read media reports. Inevitably I rely on Facebook which has been described as what the Internet is really about in the Philippines. That’s the bad news.

I often wonder now if I’m getting a good enough picture from a platform notorious for feeding users what they want, and giving them a false picture of reality. I often wonder if I can completely trust what can be a toxic and sometimes cruel platform used to sow lies, confusion, hate and even to inflict political and personal pain.

That’s why I’ve recently opted to reach out directly to friends, especially those of my generation, the martial law babies, with whom I survived the brutality and deception of dictatorship more than three decades ago. And I reach out to them directly, via Messenger, or email or by phone.

This is not 1986, a friend who once served in government told me.

That’s true on so many levels.

Robredo is clearly the only sensible choice. She is an inspiring, hardworking, decent public servant, who has demonstrated her toughness, her willingness to serve despite enormous odds — from having to deal with a ruthless, cruel president who clearly has no respect for women to struggling Filipinos reeling from his bloody war and a devastating pandemic.

“She has quietly shown that things can be done,” my friend who asked not to be named said. “She works hard and she reaches out to get a better sense of issues. The focus on poverty is there. Her heart and mind are on it.”

Erin Tanada, the former congressman who is part of the leadership of the Robredo campaign offered a more upbeat assessment.

“I think the strength of the campaign comes from the volunteers from different sectors who donate their time and their own resources to the campaign,” Erin, an old friend, told me. “It is truly a people’s campaign that is spontaneous and willing to do what it takes to campaign for Leni-Kiko.”

There are signs of hope, he told me. He shared the story Leni Robredo told his team about her visit to a religious house in Cebu. “A young priest approached her and offered his allowance to the campaign,” Erin told me. “She was embarrassed to accept the small envelope but received it just the same. The young priest was so happy.”

But Erin, who was 14 when his grandfather, the late Senator Lorenzo Tanada and his father, Wigberto Tanada, helped lead the fight against dictatorship in the ‘70s and ‘80s, understood what Leni Robredo was up against. Bongbong Marcos, the son of the brutal dictator who continues to defend the reign of the deposed and late tyrant, has enormous resources and the clear willingness to use dirty tricks to win.

A sustained, unrelenting grassroots campaign will be necessary to defeat the forces of fascism.

“The challenge is how to sustain the passion all the way up to election day and if the volunteers will be willing to go to communities they are not familiar with,” he said.

The ground game in the coming months will be critical. And it’s an uphill battle.

I’ve quoted him several times in my column. But I keep going back to my friend, Raphael Popo Lotilla, whose optimistic view of the Filipino story I have always admired.

About three decades ago, when I was lamenting the seemingly endless chaos in our homeland, he sent me a letter that was part pep talk and part lecture — that essentially told me, as my friend Cris Yabes said, to have faith in our people.

“As to the matter of hope, your faith and mine in humanism will sustain it,” Popo said in a handwritten letter.  “For as long as these islands are inhabited by people, there will be hope and plenty of it. The challenge is in preserving the humanity of our people and perfecting it. They have not lost hope in Burkina Faso either, have they?”