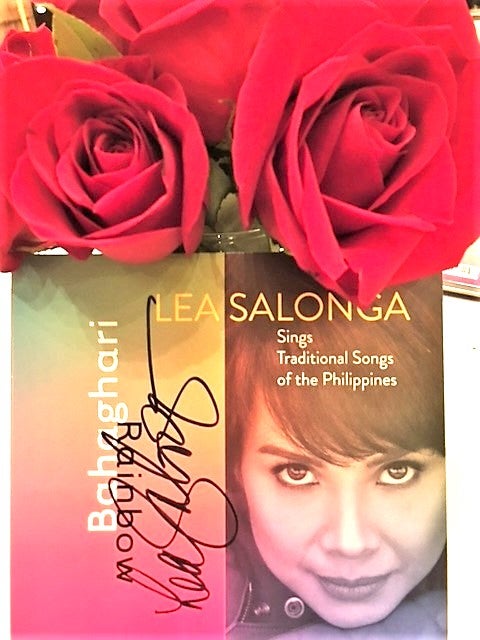 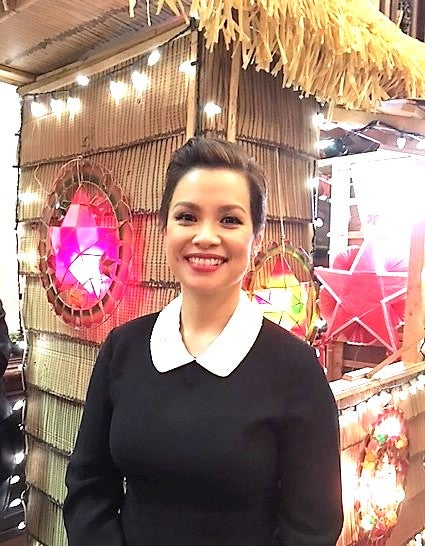 NEW YORK — In frigid Big Apple weather, Broadway superstar Lea Salonga warmed the hearts of a small group that gathered at the Philippine Center’s Kalayaan Hall to listen to Filipino songs, starting with her childhood favorite, “Ili Ili Tulog Anay,” a lullaby that her mom used to sing for her. Lea Salonga’s soulful rendition just elevated this Ilonggo classic into a timeless piece. 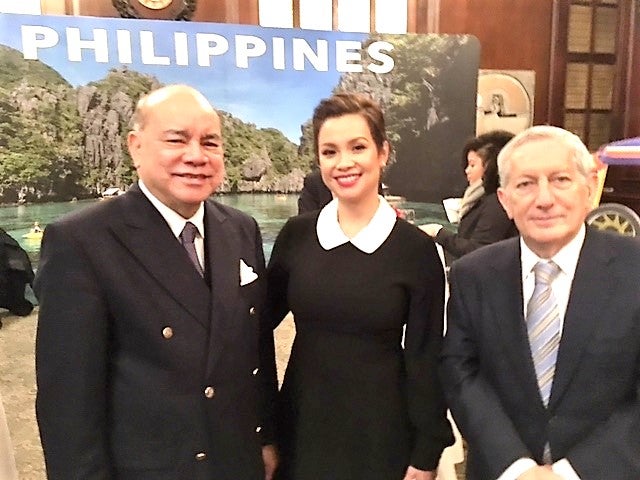 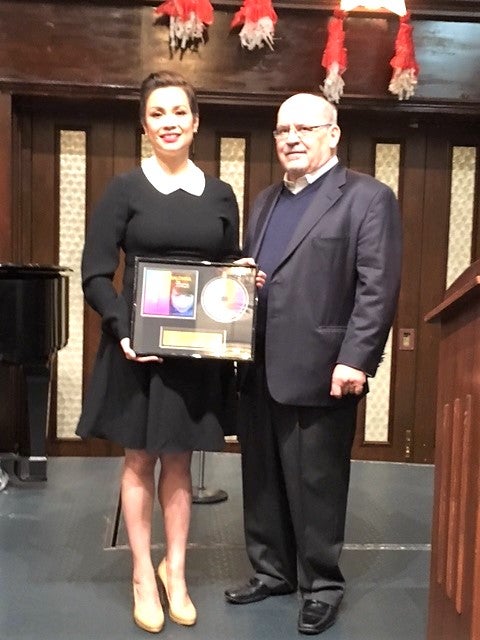 A token of appreciation is presented by Rex Niswander (left photo) from GLP Music. INQUIRER/Carol Tanjutco

“This project felt like the perfect opportunity to introduce the languages of my country to a bigger world, a world that might not be aware of the intricacies and differences between these languages,” says Salonga. “Many of these tongues feel very foreign and strange to me as a Tagalog speaker, and since there’s always a danger that these languages won’t be spoken by future generations, there was a need on our part to preserve them in some way.”

WATCH: Lea Salonga sings from her new album at the Philippine Center in New York. YOUTUBE

Bahaghari is produced by GLP Music whose co-founder, Rex Niswander, met Salonga through a common friend, her attorney Robert Perlstein. GLP is a non-profit collaboration that stands for Global Language Project, which brought language learning to under-resourced schools and learners. The label aims to deepen connections to language learning and preservation via compelling music. 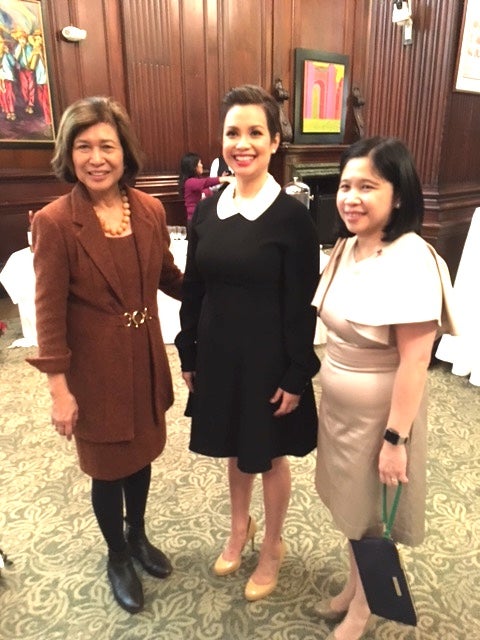 Ryan Cayabyab put together a team that included Lea’s brother, Gerard Salonga, Palanca award-winning writer Floy Quintos and studio owner and gourmet cook Sheila Francisco. The album design was created with the help of Assistant Dean of Parsons School of Design Lucille Tenazas. The passion in creating Bahaghari by an all-Filipino team is indeed audible.

A little night cap concluded the evening, with Salonga unexpectedly receiving  a token of appreciation presented by Rex Niswander for her role in furthering the cause of the Global Language Project.