WHO chief scientist advises people not to panic over Omicron variant

WHO chief scientist advises people not to panic over Omicron variant

The World Health Organization’s (WHO) chief scientist on Friday urged people not to panic over the emergence of the Omicron coronavirus variant and said it was too early to say if vaccines would be need to be reworked.

Speaking in an interview at the Reuters Next conference, Soumya Swaminathan said it was impossible to predict if Omicron would become the dominant strain.

Omicron has gained a foothold in Asia, Africa, the Americas, the Middle East and Europe and has reached seven of the nine provinces of South Africa, where it was first identified. Many governments have tightened travel rules to keep the variant out. 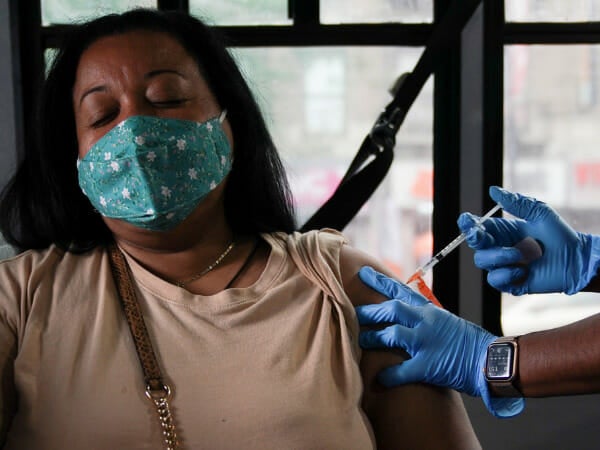 A person receives a dose of the Pfizer-BioNTech vaccine for the coronavirus disease (COVID-19) at a mobile inoculation site in the Bronx borough of New York City, New York, U.S., August 18, 2021. REUTERS/David ‘Dee’ Delgado

“How worried should we be? We need to be prepared and cautious, not panic, because we’re in a different situation to a year ago,” she said.

“Delta accounts for 99% of infections around the world. This variant would have to be more transmissible to out-compete and become dominant worldwide. It is possible, but it’s not possible to predict.”

Much remains unknown about Omicron, which has been detected in more than two dozen countries as parts of Europe grapple with a wave of infections of the more familiar Delta variant. 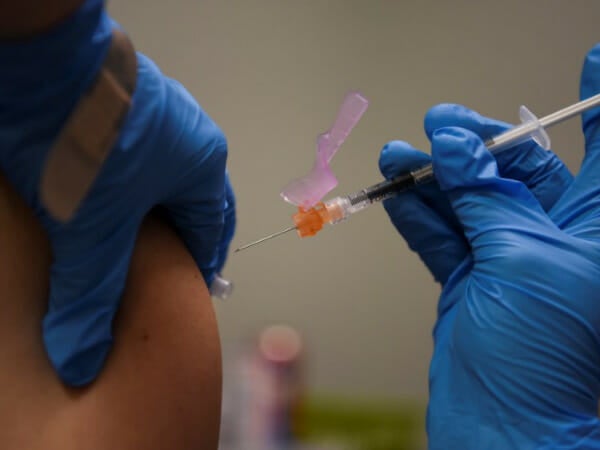 “We need to wait, lets hope it’s milder … but it’s too early to conclude about the variant as a whole,” Swaminathan said.

WHO’s emergencies director, Mike Ryan, said there was no evidence to support a change in vaccines to tailor them to Omicron.

WHO spokesman Christian Lindmeier told a United Nations briefing in Geneva that vaccine makers should prepare for the likelihood of adjusting their products.

Ugur Sahin, CEO of Germany’s BioNTech, which makes a COVID vaccine with Pfizer, told the Reuters Next conference the company should be able to adapt the shots relatively quickly. 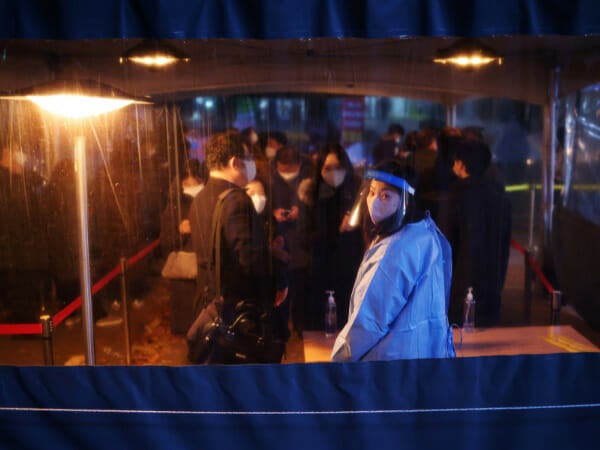 “I believe in principle at a certain timepoint we will need a new vaccine against this new variant. The question is how urgent it needs to be available,” Sahin said.

Australia became the latest country to report community transmission of the new variant, a day after it was found in five U.S. states.

Vaccination rates vary from country to country but there are worrying gaps in poorer countries. Indonesia, the world’s fourth most populous country and once Asia’s COVID-19 epicentre, has fully inoculated only about 35% of its population. 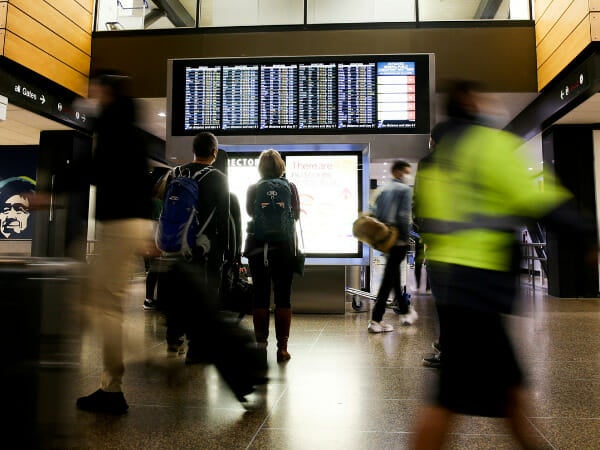 In the United States, the Biden administration announced measures to guard against the virus spreading. From Monday, international air travellers arriving in the United States will have to have obtained a negative COVID-19 test within a day of travel.

“We’re going to fight this variant with science and speed, not chaos and confusion,” President Joe Biden said.

Fewer than 60% of the U.S. population have been fully vaccinated, one of the lowest rates among wealthy nations.

Aside from wreaking havoc in the travel industry, the clampdown has pounded financial markets and undermined major economies just as they were beginning to recover from the lockdowns triggered by Delta.

Bank of England policymaker Michael Saunders, who voted for an interest rate hike last month, said on Friday he wanted more information about Omicron before deciding how to vote this month.

“At present, given the new Omicron COVID variant has only been detected quite recently, there could be particular advantages in waiting to see more evidence on its possible effects on public health outcomes and hence on the economy,” Saunders said in a speech.

Germany said it would bar the unvaccinated from all but essential businesses, and legislation to make vaccination mandatory would be drafted for early next year.

Several countries, including Britain and the United States, were bringing forward plans to offer booster shots, but, like travel bans, they are controversial.

Many scientists say the way to stop the virus spreading is to make sure poorer countries have access to vaccines, not to give blanket booster shots to people in richer countries.