A U.S. judge on Thursday ordered Sidney Powell and other lawyers who sued in Michigan to overturn Democratic President Joe Biden’s election victory to pay a $175,000 penalty, reiterating an earlier finding that the lawsuit was frivolous.

U.S. District Judge Linda Parker in Detroit ruled in August that Powell, Lin Wood, and other lawyers aligned with former President Donald Trump were to be sanctioned, but had not determined the dollar amount.

Thursday’s order set the amount at approximately $175,000. Parker said the money should be awarded to Michigan and the City of Detroit to compensate for time government lawyers spent defending against the case.

“Plaintiffs’ attorneys filed this lawsuit without conducting the required degree of diligence as to the truth of the allegations made or the merits of the legal claims asserted,” Parker said in Thursday’s order. 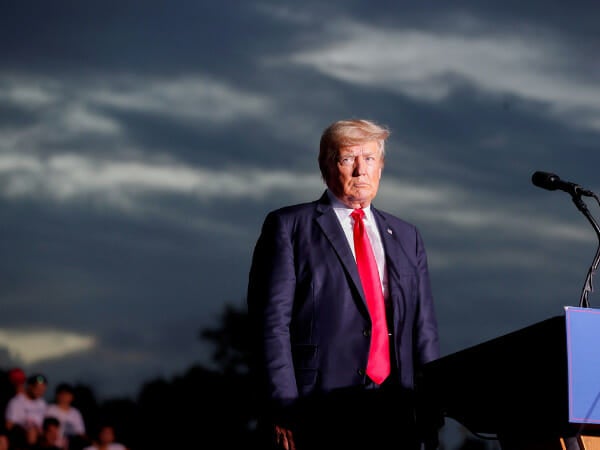 Former President Donald Trump speaks to his supporters during the Save America Rally at the Sarasota Fairgrounds in Sarasota, Florida, U.S. July 3, 2021. REUTERS/Octavio Jones/File Photo

In her August ruling, Parker formally requested that disciplinary bodies investigate whether the law licenses of the pro-Trump lawyers should be revoked. The judge also ordered the lawyers to attend classes on the ethical and legal requirements for filing legal claims.

Donald Campbell, a lawyer for Powell and her co-counsel, did not immediately respond to a request for comment.

Powell represented Trump’s campaign when he tried to overturn last Nov. 3’s presidential election in the courts. His campaign distanced itself from Powell after she claimed without evidence at a Nov. 19 news conference that electronic voting systems had switched millions of ballots to Biden.

In a written decision last December, Parker said Powell’s voter fraud claims were “nothing but speculation and conjecture” and that, in any event, the Texas-based lawyer waited too long to file her lawsuit.

Powell has argued in court filings that her conduct was reasonable, saying she had vetted her election fraud claims before suing.

Starting in January 2020, Michigan Attorney General Dana Nessel and other government lawyers asked the judge to discipline the pro-Trump lawyers, saying they had filed a frivolous lawsuit full of typos and factual errors and should be held accountable.