No matter how eager the current administration is to restrict immigration policies, the rule of law must still prevail. An immigration regulation that went through the process of the required public notice and comment may not be abruptly rescinded without violating the Administrative Procedure Act.  This was the issue of contention in the case against the U.S. Department of Homeland Security when it sought to delay the  implementation of the International Entrepreneur Parole from July 17, 2017 to March 14, 2018.

The Delay Rule was released by DHS on July 11, 2017 without offering the public the required advance notice, or an opportunity to comment, claiming that there was good cause to issue the rule. A lawsuit was filed against DHS by the Plaintiff National Venture Capital Association, and the court ruled in favor of the Plaintiff. The U. S. District Court rendered the Delay Rule invalid for failure to afford public comments and notice on the change.

As a result of this court ruling, the U.S. Citizenship and Immigration Services released a statement on December 14, 2017 informing the public that the International Entrepreneur Parole applications will be accepted without further delay.

The entrepreneur parole  program grants parole status to a foreign national who is an “entrepreneur” of a startup and who has an active role in the operation of the business. This entrepreneur must have recently formed a new start-up entity within three years before the date of filing the initial parole application. 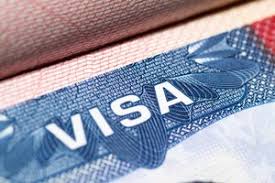 Unlike an applicant for investors visa, where the entrepreneur must show infusion of capital to the business that is formed from his own resources, an international entrepreneur seeking parole must show that the start-up business has potential for a “rapid growth and job creation.” There are three alternative ways to prove this: first, that the business has significant U.S. capital investment of $345,000 or capital from established U.S. investors such as venture capital firms, angel investors and the like who have a history of substantial investment in successful start-up entities; second, the business received government funding of grants totaling $100,000 or more; and, third, any reliable and compelling evidence that will prove significant public benefit to the United States.

The USCIS will now start accepting applications on new USCIS Form 941. The filing fee for this application is $1,200. Once the application is approved, the entrepreneur, his/her spouse and minor children will be paroled into the United States and will receive employment authorization documents. Parole will be granted for up to 2 years and may be renewed for up to 3 years.

The current immigration law allows the DHS to exercise its parole authority under section 212(d)(5) of the Immigration and Nationality Act if the presence of the paroled non-U.S. citizen would provide a significant public benefit to the United States.

Under the entrepreneur parole program, eligible applicants may be granted a stay of up to 30 months, with the possibility to extend it for a period of up to 30 additional months. Those targeted to receive parole are entrepreneurs who shall work with the start-up businesses.

While the rule is now in effect, according to DHS, the administration is still determined to terminate this program at some point, and the agency is now planning to afford enough public notice and comment before its termination. In the meantime, those who are eligible may consider immediately filing their applications.

(Atty. Lourdes S. Tancinco is a San Francisco based immigration lawyer and immigrant’s right advocate. She may be reached at [email protected], facebook.com/tancincolaw, www.tancinco.com or 1 888 930 0808)