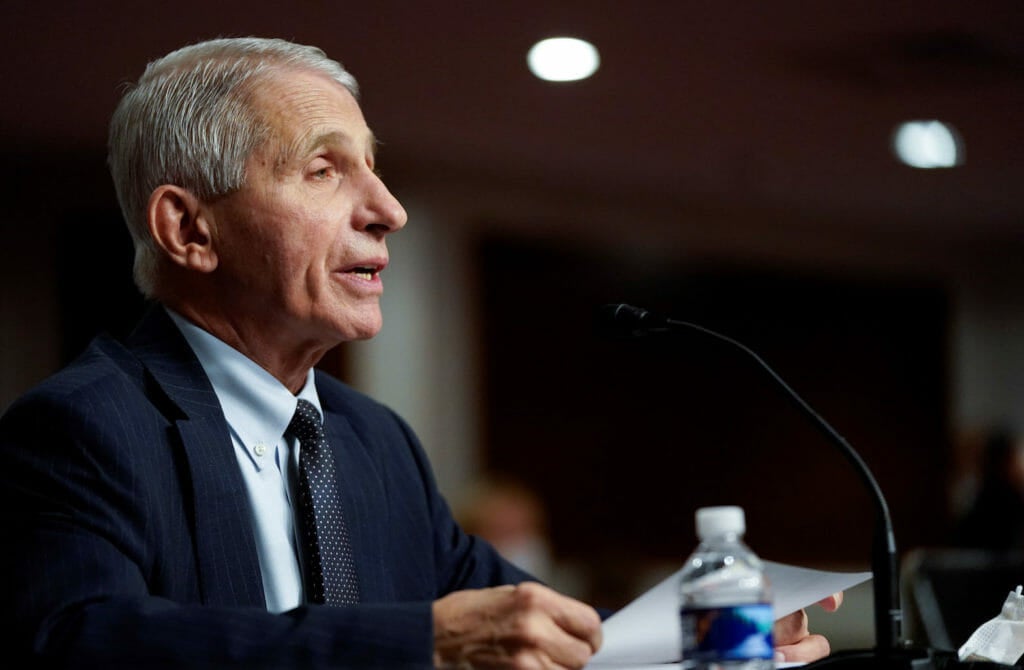 White House Chief Medical Adviser Anthony Fauci gives his opening statement before the Senate Health, Education, Labor and Pensions hearing on “Next Steps: The Road Ahead for the COVID-19 Response” on Capitol Hill in Washington, U.S., November 4, 2021. REUTERS/Elizabeth Frantz

WASHINGTON -Top U.S. infectious disease official Dr. Anthony Fauci said on Friday that a ban on flights from southern Africa was a possibility and the United States was rushing to gather data on the new COVID-19 variant.

No decision to halt flights had yet been made, he said.

Global authorities have reacted with alarm to the new variant, detected in South Africa, with the European Union and Britain among those tightening border controls as scientists seek to find out if the mutation was vaccine-resistant.

The World Health Organization (WHO), however, has cautioned against hasty measures and South Africa said a British ban on flights seemed rushed.

“There is always the possibility of doing what the UK has done, namely block travel from South Africa and related countries,” Fauci said in an interview on CNN.

“That’s certainly something you think about and get prepared to do. You’re prepared to do everything you need to protect the American public. But you want to make sure there’s a basis for doing that,” he said.

“Obviously as soon as we find out more information we’ll make a decision as quickly as we possibly can.”

Fauci said U.S. scientists would speak with South African counterparts on Friday about the new variant, called B.1.1.529, which has raised concern about its transmissibility and whether it might evade immune responses.

He added that there was no indication that the new variant was already in the United States.