Breaking the Silence: The perils faced by women migrant workers

Breaking the Silence: The perils faced by women migrant workers 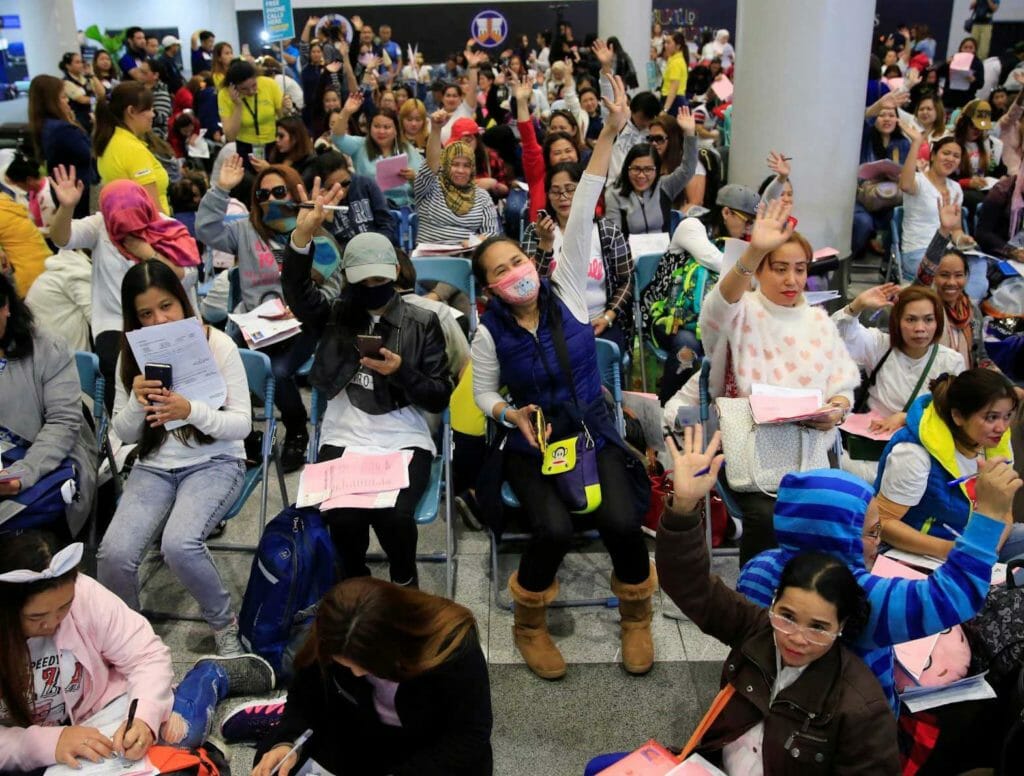 The past years have seen an increasing number of Filipino women deciding to pursue labor migration. It is vitally important to address the longstanding issues and challenges faced by our women migrant workers (WMWs)—including gender-based violence.

Oftentimes, women continue to undertake labor migration in pursuit of financial security because of systemic gaps in the Philippines. While this can mean the autonomy of Filipino women in the labor market, it is significant to recognize that many of these women are employed in elementary occupations such as domestic work. Such occupations are vulnerable to exploitation and emotional, sexual, and physical abuse.

Against this backdrop, the Center for Migrant Advocacy, Phils. Inc. (CMA) continues to advocate to eliminate gender-based violence and promote the protection of WMWs through research, policy advocacy, and campaigns among others.

Over the years, CMA has taken part in the global effort to advocate for WMWs through the United Nations Women’s “16 Days of Activism against Gender-based Violence” annual campaign which occurs from November 25, the International Day for the Elimination of Violence against Women to December 10, the International Human Rights Day.

CMA has continued its effort to eliminate violence against WMWs through online and live rallies, events tackling survival stories of gender-based violence, and information dissemination for awareness-raising. This year, the theme of the campaign is “Orange the world: End violence against women now!”. In a world where women’s voices are often silenced, there is a need to become aware of the realities WMWs face in their migration experience.

Uncovering the realities of WMWs

While WMWs are hailed for their contribution to the economy and their sacrifices for their families, their migration experience is often characterized by exploitation. As mentioned, a significant number of WMWs work in elementary occupations such as domestic work where they are not dignified for the hard work that they do.

Oftentimes, employers confiscate their passports and phones, deprive them of food and rest, ‘lend’ or ‘sell’ them to other households, or abuse them emotionally and physically. Throughout the years, CMA has received reports and case referrals of physical, sexual, and emotional abuse of Filipino WMWs.

In some cases, some WMWs are unable to leave their abusive employers or return to the Philippines despite reporting to their agencies about their situation. One such case facilitated by CMA is that of Linda (an alias), who was a domestic worker in the Kingdom of Saudi Arabia (KSA) and Lebanon.

Linda’s migration didn’t get off to a good start in April 2019, as she was working for a male employer in KSA who made sexual advances towards her. WMWs often live in constant fear while staying and working in their employer’s house. Proper rest is almost unattainable as they work endlessly during the day and are unable to rest at night out of fear of being abused. Despite her requests to be returned to the Philippines, her agency transferred her to an 84-year-old male employer in Lebanon who subjected her to the same traumatic experience.

Linda felt more helpless when she found out she was pregnant. This was further compounded by the implementation of lockdowns during the pandemic, which hindered her from getting help from government agencies. In many cases, the lockdown has become an opportunity for perpetrators to confine their victims which puts women like Linda at a greater risk of abuse. In her case, her situation severely impacted her mental health.

The trauma of her experience became so unbearable that she attempted to take her own life just to escape the horrifying situation she was in. She was caught and stopped by her employer as she was about to jump out the window.

Linda’s co-worker helped her gather evidence of their employer’s abusive behavior and eventually reported it to the Philippine Overseas Labor & Office (POLO). Linda, along with other workers were rescued in April 2020 and was repatriated. In September 2020, Linda gave birth to a baby girl. She received support from CMA such as cash assistance, translation service, counselling and referrals to avail of government assistance among others. Now, Linda says that she is more empowered and stronger than before.

Towards a new reality

Linda’s story is just one of many harrowing tales and atrocities our WMWs can be subjected to, the root causes of which are multidimensional and arise from both individual and structural factors. It is through their narratives that one sees the challenges and systemic gaps that often go unnoticed. It is therefore imperative that their stories and experiences are heard for they themselves are the ones who are experiencing these. One will never truly understand the challenges and struggles WMWs face without hearing their voices.

Their stories, however, are just one piece of a bigger puzzle. Eliminating gender-based violence involves taking concrete actions which respond to the needs faced by WMWs – from policymakers implementing gender-specific legal protections for WMWs to addressing the underlying structural problems in the country of origin.

As the mantra “nothing about us, without us” suggests – change must come from within and not only from without. WMWs therefore are always at the forefront in fighting for justice. They are capable of fighting their own battles with a little help from everybody else to create a conducive, enabling social and legal environment.