NY nonprofit links up with Fil-Ams to aid survivors of domestic violence, trafficking

NY nonprofit links up with Fil-Ams to aid survivors of domestic violence, trafficking 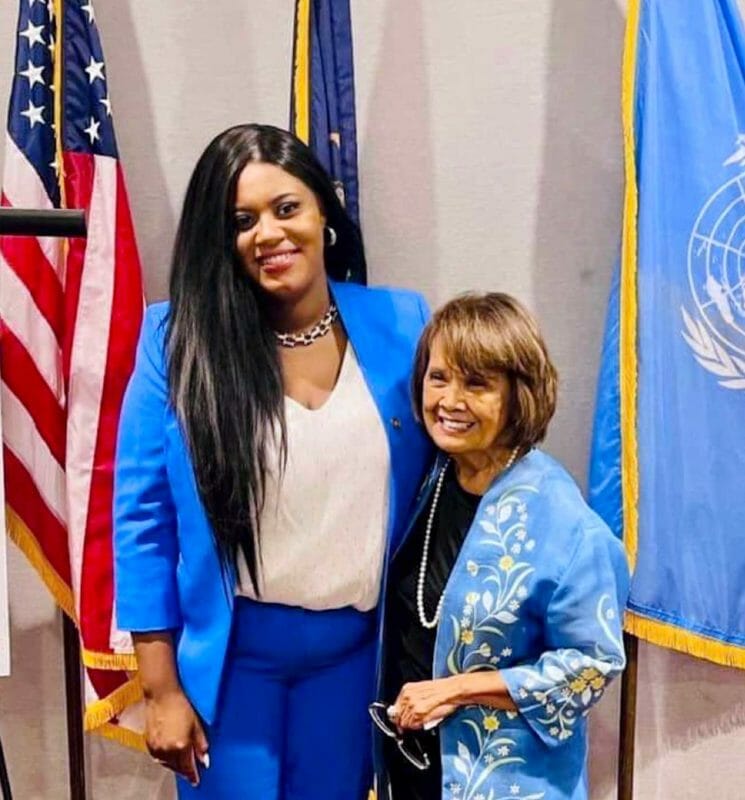 NEW YORK—On a mission to spread the love she experienced as an orphan, 32-year-old Haitian diplomat Farah Delance Linot is reaching out to the diverse communities of New York City to help more women and children victims of domestic violence and human trafficking.

Working as Haiti’s official youth advocate in New York since 2016, Linot launched her namesake nonprofit in March this year to carry out not only advocacies for women and children, but also to help stop the spread of dangerous illegal drugs, as a partner of California-based Foundation for a Drug-Free World International.

“On my fights for a drug-free America, I met a huge community, it’s diversity [in NYC]. I love working with the Filipino [as] I have a special connection to the Asian people. They really love each other and they’re always happy to do things together. I’m happy to join your community to make the world a better place to live [in],” Linot told INQUIRER.net in a written interview.

The Farah Delance Foundation (FDF) also engaged Filipino American community leader Rozita Lee as a speaker at its flagship event, the Worldwide Women’s Empowerment Coalition Symposium, held last August. Linot described Lee as a “very lovely woman; she believes in positivity and she supports women and girls’ causes” with whom she stays “connected like family.”

Born in Port-au-Prince, Linot grew up in Leogane, a port town near the Haitian capital, which is famous for being the birthplace of legendary Queen Anacaona (Taïno) and the origin of Haiti’s Rara music festival. The early death of her mother made Linot an orphan at a tender age.

“The motivation behind the foundation is my story. I am an orphan since my childhood. A woman pushed me forward with my life so I want to do the same for the girls, I want to be that parent that some of them may not have had the opportunity to know, I want to give them the opportunities they deserve without them having to suffer any abuse or mistreatment,” Linot said.

The ultimate message of FDF to women, girls and children is that life doesn’t end with any form of abuse. The foundation aims to help girls who have been trafficked, raped or otherwise violated, to finish school. It also assists women seeking political positions with campaign and fundraising support and immigrant women requiring extra resources. As a Drug-Free World partner, FDF advocates for public policy that supports family empowerment and advances effective care.

“Only an empowered woman feels she has a voice in the world she inhabits. Women and girls need to feel unconditional and selfless support, and that is what we at Farah Delance Foundation want to give them,” Linot said.

The Haitian diplomat decided to become a women’s advocate when she came across the culture of silence that prevailed among abused women. Afraid to lose their providers, they would choose to endure abuse and often end up in life-threatening situations.

“It is a situation that leaves them with no way out and no voice, that made me a women advocate. So at that moment I decided to be the voice of those women and I discovered that this something different that I felt inside me was a vocation and a mission in the world. We all have a mission in the world and mine has been to be the voice of those people who have no voice, not only women, but also children, those people who suffer daily abuse and have no voice,” Linot says.

Linot tries to raise the understanding that all are born equal and that women have the power to lead anything. Once this mentality sets in, it will be easier for women to claim their rights in an equal manner, the FDF president told INQUIRER.net.

Inspired by former first lady Michelle Obama, Linot aims to build a legacy around women empowerment. The Worldwide Women’s Empowerment Coalition Symposium will be staged by FDF as an annual event, while online awareness campaigns on human rights and the truth about drugs will be pursued continuously.

“Because of the story of my life, I care about not only my people but about everyone who are in certain needs. I’ll help if I can because someone always comes my way to help me, so I learn to do the same,” Linot said.