Successful people tend to share one thing in common – a unique story that began their journey towards the person the rest of the world sees now. Francis Mangubat is proof of this. His life is confirmation that regardless of where your story begins, life has equal opportunities for anyone willing to put in the work. At 27 years of age, he is the co-founder and managing partner of a multimillion-dollar real estate business in Philadelphia, despite growing up poor. 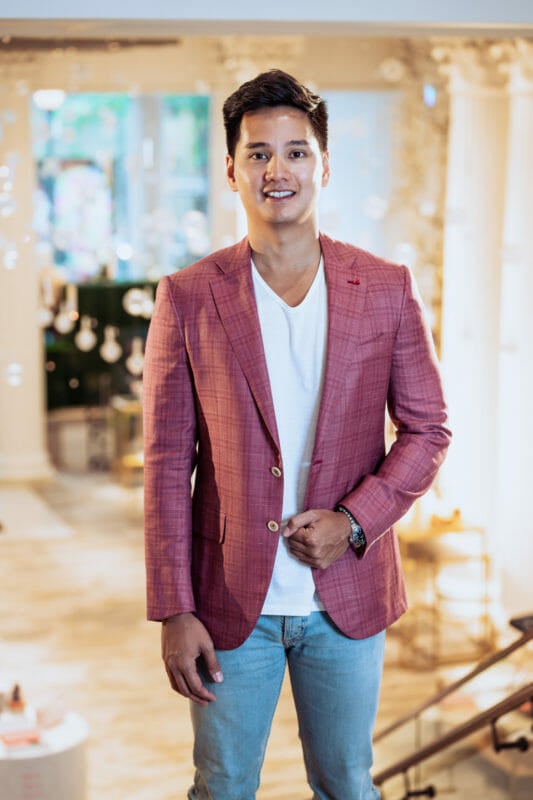 When Francis was 8 years-old, he and his family packed up their old life in the Philippines and headed for the United States, with the pursuit of the “American Dream” rooted in their motivation. It wasn’t an easy transition. Due to a lack of resources, the adjustment period was hard on the family. His mom, who was undertaking her OB-GYN residency, was working 24-48 hour shifts, all while their family of 13 had to make do with a 3 bedroom apartment in Illinois, depending on food stamps to survive. The determination and hard-work of his mother resonated with Francis throughout his early years. He credits her for setting the expectation of what perseverance looks like.

At school, a young Francis felt embarrassed having to wait in the line for free lunches. While other parents were picking up or dropping kids off in new model cars, his family survived on one 15 year-old Plymouth Caravan. At a very early age, if Francis wanted anything from clothes to golf clubs or lessons, he had to save up his own money.

Francis always had an entrepreneurial drive. In Kindergarten, he sold Pokemon stickers to his classmates. In elementary school, his business ventures evolved into knocking on doors to shovel snow and rake leaves. And later, in high school, included working 40 hours a week in the summer at the Golf Club.

Francis grew up in Dover, Delaware where a lot of his childhood mentors advised him to pursue a career of safety and security, something like nursing or accounting. After all the years of never having enough money, any career that promised financial security sounded good to Francis. Despite having entrepreneurial thoughts, he enrolled at the University of Delaware to pursue a degree in accounting.

If people who were “supposed to” be happy in their dream jobs looked this way, Francis knew it wouldn’t be long until he would burn out, too. It was time to reconsider his options, particularly his childhood dream of entrepreneurship.

During that period, his friend’s father, who was incredibly successful, introduced him to Robert Kiyosaki’s book, “Rich Dad Poor Dad.” Francis read the book in one day and it completely changed his outlook on life.

After this, Francis did not waste time. He started seeking out mentors and connecting with people every chance he got. He attended networking events and hired a business coach he could barely afford. From each of these mentors, Francis learned something unique that contributed further to his pursuit of success.

Francis began his work in the real estate business in Philadelphia without knowing anyone in the City. He picked Philadelphia over New York City or Los Angeles because of the lower cost of living and the real estate being undervalued. Francis was able to sell about five million dollars worth of real estate in his first 9 months in the business and 10 million dollars in his first full year in 2017. A few months after graduating college, Francis gave a TED Talk where he explained the importance that mentors had on his life. At just 22, Francis was already running two successful businesses and had just bought his first property.

Francis’s success is proof that hard work and persistence pay off. As the great Arnold Palmer says, “The more I practice, the luckier I get.”