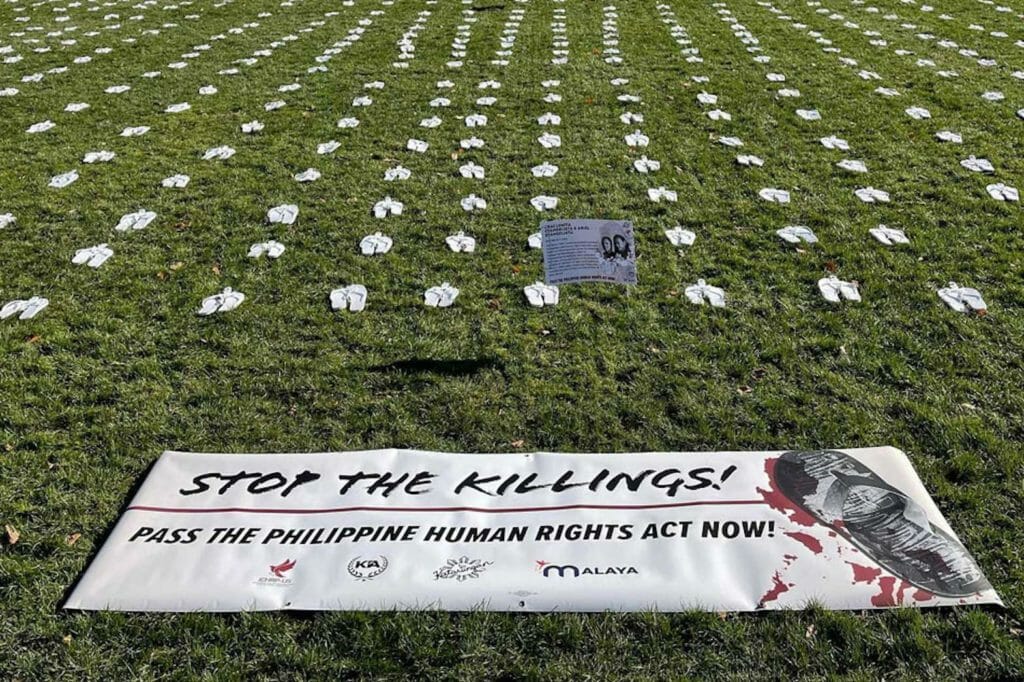 The flip flops represented 10 of the 30,000 killings under Duterte. FACEBOOK

The flip flops represented 10 of the 30,000 killings under Duterte, according to the protest organizer International Coalition for Human Rights in the Philippines.

Most of the victims of the summary killings have been poor, often flip-flop shod suspected drug addicts targeted by Duterte’s “war on drugs.” However, some were trade unionists, journalists, lawyers, small farmers, LGBTQ activists and critics of the administration.

Protesters called on the U.S. Congress to pass the Philippine Human Rights Act to suspend U.S. military assistance, reject loans to the Philippine military and national police until the human rights violations stop.

The bill also requires the U.S. departments of state and defense to report on the misuse of U.S. aid, “including but not limited to extrajudicial killings, intimidation, illegal sales, and misappropriation.”

“During President Duterte’s regime, we have seen widespread and well-documented extrajudicial murders in a so-called ‘War on Drugs,’ and Philippine security forces are suspected in the murders of pro-democracy advocates, Indigenous people and other voices of dissent,” they wrote. “It is unconscionable that U.S. military aid continues to flow to the Philippine government.”