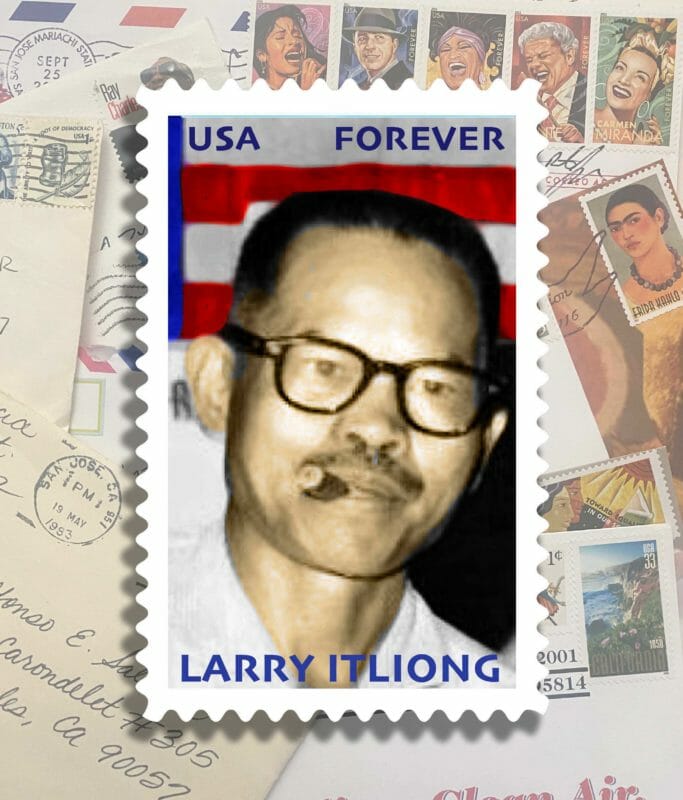 Alfonso Salazar, a Chicano and a retired postal worker, first learned about Larry Itliong in 2014, around the time the film “Cesar Chavez” was released. The movie stirred up controversy due to its limited depiction of the Filipino American labor leader’s and his compatriots’ role in starting farm worker movement.

As Salazar learned more about the history of the farm worker movement, he saw how crucial Itliong’s role was.

“I thought his story was just as important as Cesar Chavez, but Cesar was the one that people would remember,” said Salazar, who spent 34 years at the United States Postal Service (USPS).

He said that in the more than three decades he spent working at USPS as a graphic artist and clerk, he has never seen a Filipino American featured on a postage stamp.

After Itliong was inducted into the California Hall of Fame in October, Salazar felt that he would be the perfect Filipino American to feature on a stamp.

“I know [about Larry], but I don’t know if the nation knows about him,” he said. “This is a good way for people to learn about him.” 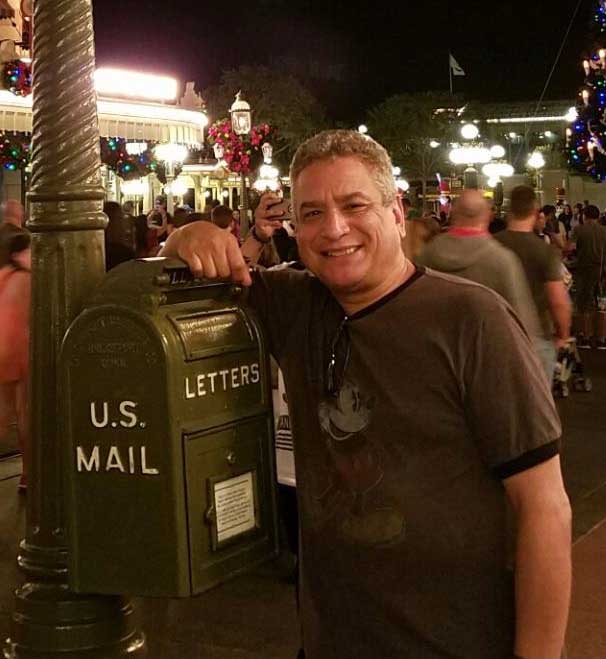 As Alfonso Salazar learned more about the history of the farm worker movement, he saw how crucial Itliong’s role was. CONTRIBUTED

Salazar is spearheading an effort to get Itliong on a first class postage stamp. He shared a post on Facebook on Larry Itliong Day last month encouraging people to help get the labor leader on a stamp. He created an online form for people to indicate their support.

His goal is to send a letter to the Citizens’ Stamp Advisory Committee — which considers and recommends stamp subjects to the Postmaster General of the United States — with multiple signatures from influential community members, and people who submit their names and comments through the online form.

Creating a new stamp is a two- to three-year process, according to USPS. In many cases, however, it takes five years for a stamp to get approved, said Augustine Ruiz, who recently retired from the United States Postal Service after working there for more than 50 years, told INQUIRER.net in an email.

The USPS website states that postage stamps will primarily feature American or American-related subjects; that living people are not being considered at the moment; and that subjects with widespread appeal and significance will be considered for stamps — a criterion Salazar believes Itliong meets because of his induction into the California Hall of Fame. It’s indicative that there is sufficient awareness of the labor leader, he said.

Ruiz said he has been involved in promoting a number of stamp subjects — including late Chicano journalist Ruben Salazar — and is working with a grassroots committee on a series of stamps honoring Hispanic military subjects. He said stamp proposals must go through the Citizen Stamp Advisory Committee. The committee accepts proposals via U.S. mail.

“The most compelling letters are usually one page that contains significant information so the committee can judge it fairly,” he said. “Getting the support of community leaders, political leaders and influencers is key.”

Efforts to get Ruben Salazar on a stamp received support from prominent individuals and groups including former California Gov. Arnold Schwarzenegger, former Supreme Court Justice Sandra Day O’Connor, the US and State Hispanic Chambers of Commerce, and the Hispanic Caucus, Ruiz said.

Alfonso Salazar said featuring Itliong on a stamp is important because it would allow people across the country to learn about him.

“You learn the history for each stamp that comes out, and during the 34 years I’ve been [at USPS], I’ve gotten to learn a lot about our history here,” he said. “It’s almost like, if stamps were like a quilt that represented the United States, then you have to include Filipino Americans as part of that quilt. Otherwise, there’s a piece missing.”