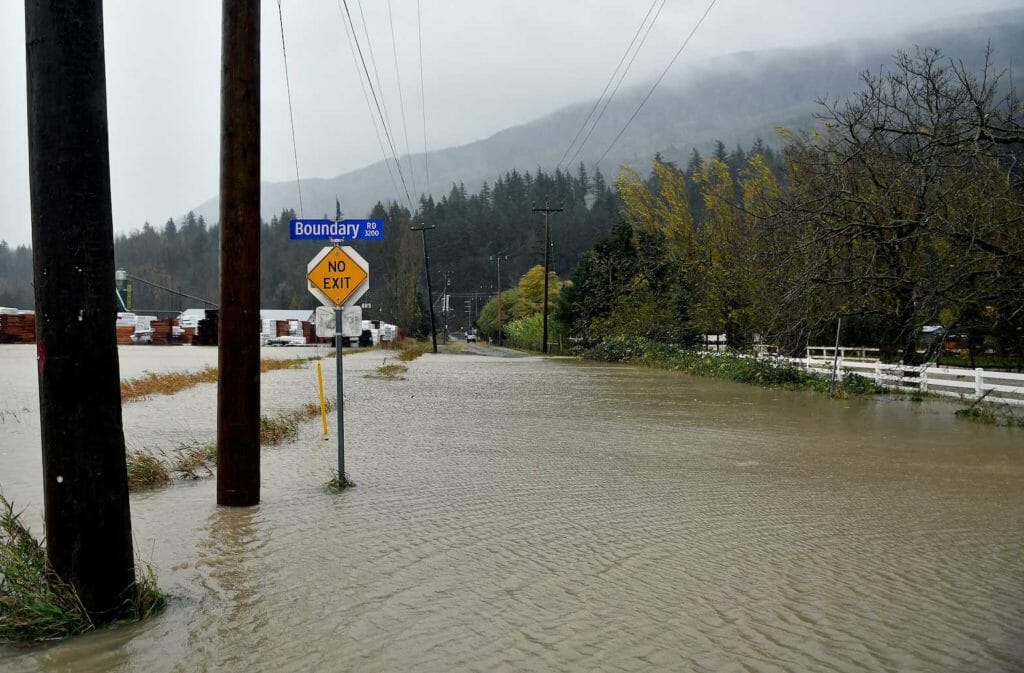 OTTAWA – Canadian helicopters carried out multiple missions on Monday to rescue hundreds of people trapped in their vehicles on a highway after huge rainstorms sparked landslides in the western province of British Columbia.

The rainstorms that started on Sunday triggered landslides, shutting roads, prompting the evacuation of an entire town, forced an oil pipeline to close and delayed flights.

About 275 people including 50 children were stranded, some 100 vehicles near the mountain town of Agassiz about 120 km (75 miles) east of Vancouver, which prompted evacuation flights.

Authorities in Merritt, some 200 kilometers north east of Vancouver, ordered all 8,000 citizens to leave after rising waters cut off bridges and forced the waste water treatment plant to close.

“Continued habitation of the community without sanitary services presents risk of mass sewage back-up and personal health risk,” the city said in an official notice.

Some areas received 8 inches (200 mm) of rain on Sunday – the amount they usually see in a month – and the deluge continued on Monday, with roads covered by mud or up to 10 inches of water.

The landslides and floods come less than six months after an out of control wild fire gutted an entire town, as temperatures in the province soared.

The storms forced the closure of the Trans Mountain pipeline, which takes crude from Alberta to the Pacific Coast. The line has a capacity of 300,000 barrels per day.

Work on a proposed expansion project has also been halted, the operating company said.

Around 18 miles further east, footage posted to Facebook showed parts of a road had been washed away near the town of Hope.

Gales are due to hit the area later, most likely causing power outages, officials said.

The storm is the second weather-related calamity to hit the Pacific province in just a few months. In late June, temperatures hit a record high, prompting blazes that destroyed one town.