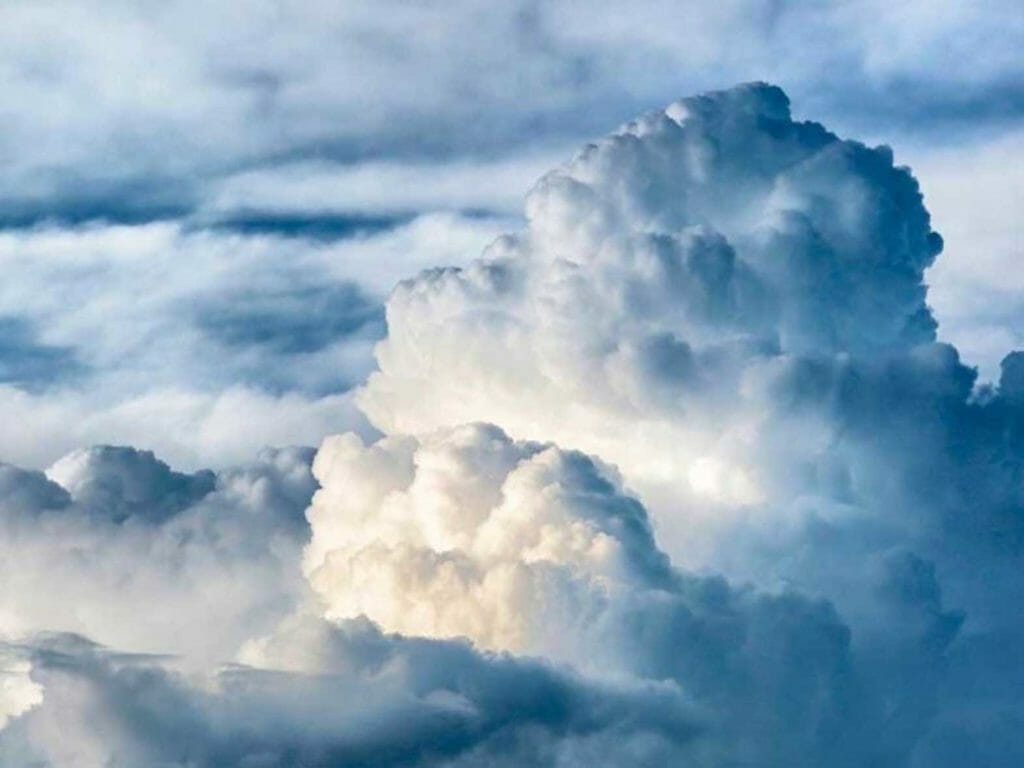 “Both Sides Now,” performed by Judy Collins, became a hit song when I was a boy in the late ‘60s, early ‘70s. I remember it being played repeatedly on the radio in Manila when I was about six years old. I didn’t think much about it then. I thought it was just another sappy hippie folk song that appealed to teenagers of that era, including my sisters.

Then I heard it again three years ago, performed this time by Joni Mitchell, who wrote the song when she was in early twenties. The YouTube clip featured Mitchell when she was in her late fifties, before health problems forced her to stop performing.

The video quality was not great — but I was mesmerized and deeply moved.

“Both Sides Now” is an achingly beautiful tune that speaks to my own evolving understanding of life, aging, and our individual journeys in this world.

This month marks the 55th anniversary of the writing of the song, which Joni Mitchell first performed in Philadelphia on Nov 17. 1966 when I was two years old.

“I had no idea that the song would become as popular as it did,” Mitchell said in a 1996 interview.  The song’s popularity has grown in the era of YouTube and social media, introducing Mitchell’s meditation on life and journey to new generations. Recently, I found another YouTube clip, featuring the 1969 studio recording of the song by a younger Mitchell.

Just quoting excerpts wouldn’t do justice to the song. So here are the lyrics in full:

Rows and flows of angel hair

and ice cream castles in the air

I’ve looked at cloud that way

but now they only block the sun,

they rain and snow on everyone

so many things I would have done

but clouds got in my way

I’ve looked at clouds from both sides now,

from up and down, and still somehow

I really don’t know clouds at all

Moons and Junes and Ferris wheels,

the dizzy dancing way you feel

as every fairy tale comes real

I’ve looked at love that way

but now it’s just another show,

you leave ’em laughing when you go

and if you care, don’t let them know,

don’t give yourself away

I’ve looked at love from both sides now,

from give and take, and still somehow

I really don’t know love at all

to say “I love you” right out loud,

dreams and schemes and circus crowds,

I’ve looked at life that way.

they shake their heads, they say I’ve changed

in living every day

I’ve looked at life from both sides now,

from win and lose, and still somehow

I really don’t know life at all.

The YouTube comments echo my own feelings about this heartrending tune, which I found corny and meaningless when I was a boy, and which in my fifties I rediscovered as moving and profound.

“It’s impossible not to be moved by this masterpiece of a song. And it becomes more poignant and powerful with each passing year.

“The older I get, the more poignant this song becomes.”

Singer-artist Catherine MacLellan offered what is perhaps the most fitting description of the song: “’Both Sides Now’ is, at first, a meditation on clouds, the whimsical way a child sees them, as “ice-cream castles in the air,” but there are two sides to everything, and as we mature, we stop seeing clouds for their simple beauty, but as a sign of rain or bad weather. It is like that with all things that seem at first so simple and beautiful, such as love and life. We start out with such natural optimism as children, and then as adults we tend to learn bitter pessimism or brutal honesty, seeing clouds/life/love for what they are.”

“Both Sides Now” captures the essence of what a life journey is about, the sense of wonder and uncertainty, the unexpected twists and turns — the joys, the loves, the triumphs, as well as the sadness, the failures, the pain. But in a way, it also affirms life and celebrates the journey. At least, that’s how I choose to see it. The song does not mention those words or those emotions which one would expect or hope to find in life-affirming tunes. But on a deeper level, that’s what “Both Sides Now” is about for me.

It’s about appreciating the complexities of the paths we encounter in life. There is a main path, and there are typically other roads and trails around us, those that connect us to other aspects of our existence, to friends and family with whom we may not have been in constant contact, but we know and feel deep inside are part of our journey.

You spend a lifetime navigating, keeping track of these trails, reacting to them, being amazed by them … even as you keep to your main path.

Sometimes the trails merge into your own to become part of your journey. But at times you find that a path has reached an end, sometimes suddenly and unexpectedly, as in the passing of friends and loved ones as I’ve grappled with recently with the deaths of my parents and of close friends.

Sometimes, there are unexpected changes that become evident only much later, when you realize that a road, a trail you thought would always be there and which you had hoped would perhaps one day merge to become part of your main path, had already been eroded, had already been shut down, had already been abandoned.

And then there are the new trails that emerge, created by people you love who strike out on their own from your main path, to start new lives, new adventures … as my eldest son recently began.

In these scenarios, you learn to move on. At times, you learn to accept that there is no closure, there are no clean endings, no precise conclusions. The road just ends. The journey just stops. Or it takes a different route away from your main path.

And you just move on, embracing the change, the uncertainty, being humbled by it, being awakened by it — and hopefully being strengthened by it. You focus on your main path, with all its uncertainties and wonders. And you journey on. You learn to accept the unknown, to embrace it, to make friends with it … to celebrate it.

You learn to understand that, as Joni Mitchell says, you will never ever really, completely know about clouds, about love, about life. It’s just the way it is.

One commenter said the song “hauntingly resonates with my experiences after 50+ years of age.” And he described the song’s meaning exactly as I would: “We go through many stages and think we have it figured out.  We are the wisest when we realize how clueless we are.”