Education is alive and Orwellian in Manila

Education is alive and Orwellian in Manila 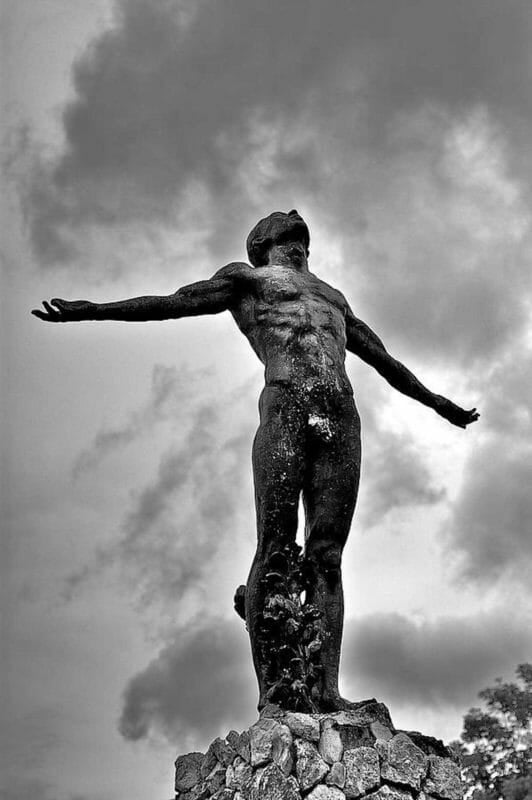 NEW YORK—The national government in Manila has some very strange ideas about education. Not for the Commission of High Education Department (CHED) to, as Webster’s would have it, “lead forth” students into a broadening of their mental horizons, to be reared in such a manner as to cultivate the lifelong habit of intellectual curiosity, the ability to consider very different, even contradictory, perspectives without initial prejudice for or against one—a decision best left to the individual.

And therein lies the problem. CHED seems to distrust the citizen’s ability to think for herself, and thus makes up her mind for her. An inkling could have been foreseen earlier this year, when a government-approved standard for cooking adobo was proposed. This was a surefire recipe for being laughed at, mocked universally; the proposal has since been disappeared—and heartily deserved.

The stakes this time are much higher. CHED has encouraged universities to purge their libraries of materials that could in the department’s view corrode young minds’ trust in government, and thus possibly provoke them into undermining the government through armed insurgency. The department commended three universities in the Cordillera Administrative Region for removing “subversive” books from their libraries,  in keeping with the counter-insurgency program of the National Task Force to Eliminate Local Communist Armed Conflict (NTF-ELCAC).

Prospero E. De Vera III, CHED’s chair, issued a statement last November 2 that had this opening line: “The decision to remove books and other reading materials in a university library is done by individual higher education institutions (HEIs) in the exercise of academic freedom [emphasis added]”—a line George Orwell would have been proud to write.

Mr. De Vera III then goes on to urge the purge, by University of the Philippines Diliman officials, of that institution’s libraries, noting that UP has been critical of such house cleaning by other universities.

In response, an eminent group of UP faculty points out in its “The Real Subversion: A Statement by UP Professors Emeriti on the Banning of ‘Subversive Books’,” the undermining of civil society is itself being undertaken by CHED, not so much invested in truly educating students as in indoctrinating them. Should CHED now stand for the Commission on Hijacking Education Department?

Here are excerpts from what the professors emeriti had to say:

We, Professors Emeriti at the University of the Philippines, express our strongest support for the University Council of UP Diliman in its protest against the recent memorandum issued by the Commission on Higher Education in the Cordillera Administrative Region urging libraries in that region to remove “subversive” books and materials from their collections.

… Any threat to academic freedom in any Philippine school or university is a threat to the whole system and has to be confronted instantly and squarely, regardless of whether individual institutions choose to deny the threat or to acquiesce to it. While the memorandum seems to present the removal of “subversive” books as non-compulsory, we all know how such directives, in the culture of our bureaucracy, can have coercive and chilling effects.

We are appalled by the CHED Chairman’s subsequent statement describing the compliance of some state universities with the CHED memorandum as an “exercise of their academic freedom.” This is disingenuous if not perverse. Academic freedom is neither exercised nor asserted by submitting to its suppression. It is not the bureaucratic freedom of corporate bodies to do as they wish. It does not mean that academic leaders can invoke the principle as a personal right of administrators to define and delimit the intellectual endeavors of their entire constituencies. It is a transcendent principle that implies preserving sources of history and ideas for present and future scholars, even if these are currently unfashionable or politically incorrect. Its enshrinement in our Constitution prevents the State or other institutional bodies from restricting the rights of academics and limiting them in their intellectual pursuits.

The CHED Chairman also decries UP Diliman’s response to the CHED memorandum as a form of “disrespect” toward other institutions. But indeed the greater disrespect manifest here is that of the fundamental and constitutionally protected right of all Philippine institutions of higher learning to academic freedom. This is the real subversion taking place—the takeover of academic administrations and governance by political appointees more intent on executing some external agenda than performing their duty to defend academic freedom and excellence against all incursions.

… Again we must emphasize that academic freedom is prerequisite to academic excellence, which cannot prosper under conditions of political repression or oversight. As repositories of knowledge, university libraries must remain open to all books, so their ideas can be critiqued and contested in the classroom and laboratory, in the crucible of truth and reason. To ban books is to promote ignorance and intellectual servility, and to condone its practice is to betray one’s sacred calling as a producer and propagator of knowledge.

… To defend books and libraries is to defend democracy itself, whose strength derives from a diversity of ideas and beliefs. To that end, we recommit ourselves, and urge our colleagues in active service to do as well.

One must assume that Mr. De Vera III and his bureaucratic colleagues, all honorable men, are well aware that the late nineteenth-century novels of Jose Rizal, the nation’s national hero, were proscribed by the oppressive Spanish regime, as these were seen as subverting the legitimacy of colonial rule. But banning Noli Me Tangere and El Filibusterismo (The Subversive) only increased their readership and ultimately led to the 1896 Revolution that ended Spanish governance.

Mr. De Vera III and company must be careful of what they wish for.

Some good news: Harry Roque, another honorable man and official spokesperson for the Duterte administration, had been nominated to a seat on the United Nations International Law Commission. A former human rights lawyer, he has defended Duterte’s brutal record of human-rights violations in its continuing ersatz war on drugs. For him to have been elected would have been a travesty. Fortunately, his bid failed, getting the lowest number of votes from the Asia-Pacific group.  – Copyright L.H. Francia 2021