Stephen Bannon, a prominent adviser to former U.S. President Donald Trump, has been criminally charged for defying a subpoena issued by a congressional committee investigating the Jan. 6 attack on the Capitol, the Justice Department said on Friday.

Bannon has refused to cooperate with the House of Representatives select committee seeking testimony and documents from him, citing Trump’s insistence – already rejected by one judge – that he has a right to keep the requested material confidential under a legal doctrine called executive privilege.

Justice Department spokesperson Bill Miller said Bannon is “expected to self-surrender” on Monday in Washington and make his first court appearance in the case that afternoon. 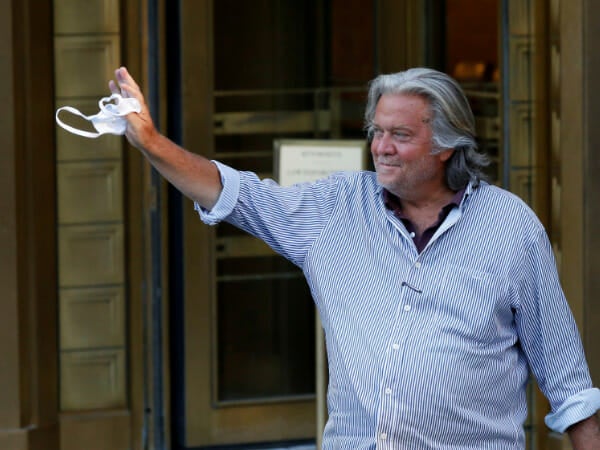 Trump has sought to stonewall the committee, which is scrutinizing his actions relating to the deadly Capitol riot, and directed his former associates not to cooperate. The charges against Bannon may bolster the committee’s efforts to secure testimony and documents from other Trump associates.

Bannon’s indictment was announced just hours after Trump’s former White House chief of staff Mark Meadows refused to appear for a deposition before the committee, risking also being found in contempt of Congress. 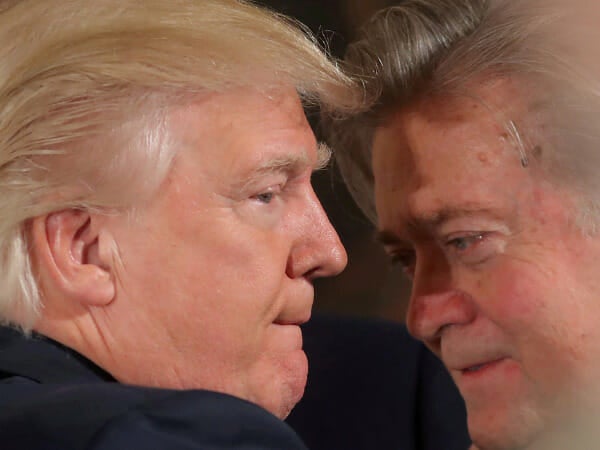 Bannon, who has promoted a variety of right-wing causes and candidates in the United States and abroad, continued to offer Trump advice after leaving his White House post in 2017. Bannon is a prominent figure in right-wing media circles and previously headed the Breitbart News website.

“Steve Bannon’s indictment should send a clear message to anyone who thinks they can ignore the Select Committee or try to stonewall our investigation: no one is above the law,” Democrat Bennie Thompson and Republican Liz Cheney, the leaders of the committee, said in a statement.

Bannon did not immediately respond to a request for comment.

It is the second time in 15 months that Bannon has faced criminal charges. Bannon was charged in August 2020  with defrauding donors to We Build the Wall, a private fund-raising effort to boost Trump’s wall project along the U.S.-Mexican border, and arrested aboard a yacht belonging to a fugitive Chinese billionaire. Trump subsequently issued a pardon  to Bannon before that case could go to trial. The Democratic-led House voted to hold Bannon in contempt of Congress in October. Most of Trump’s fellow Republicans in Congress opposed creating an independent commission or a committee to investigate the events surrounding Jan. 6.

On that day, a mob of Trump supporters rioted at the Capitol in a failed bid to prevent formal congressional certification of President Joe Biden’s election victory. Before the riot, Trump gave a speech to his supporters repeating his false claims that the election was stolen from him and urged them to go to the Capitol and “fight like hell” to “stop the steal.”

The committee has said Bannon made public statements suggesting he knew in advance about “extreme events” that would occur on Jan. 6. Bannon said on a Jan. 5 podcast that “all hell is going to break loose tomorrow.”

After the House voted to hold Bannon in contempt, it was up to Biden’s Justice Department, headed by Attorney General Merrick Garland, to decide whether to bring charges. Garland in a statement on Friday said his department “adheres to the rule of law, follows the facts and the law and pursues equal justice under the law.”

Trump on Oct. 18 sued the committee and the National Archives, which holds material dating from his presidency, in a bid to keep hundreds of pages of records secret. A judge rejected Trump’s lawsuit on Tuesday, saying the public interest in learning about Trump’s actions on Jan. 6 was paramount. Trump appealed that ruling.

The last successful prosecution for contempt of Congress was in 1974 when a judge found G. Gordon Liddy, a conspirator in the Watergate scandal that drove President Richard Nixon to resign, guilty.

(Reporting by Jan Wolfe and Mark Hosenball in Washington and Ismail Shakil in Bengaluru, Editing by Will Dunham, Andy Sullivan and Rosalba O’Brien)