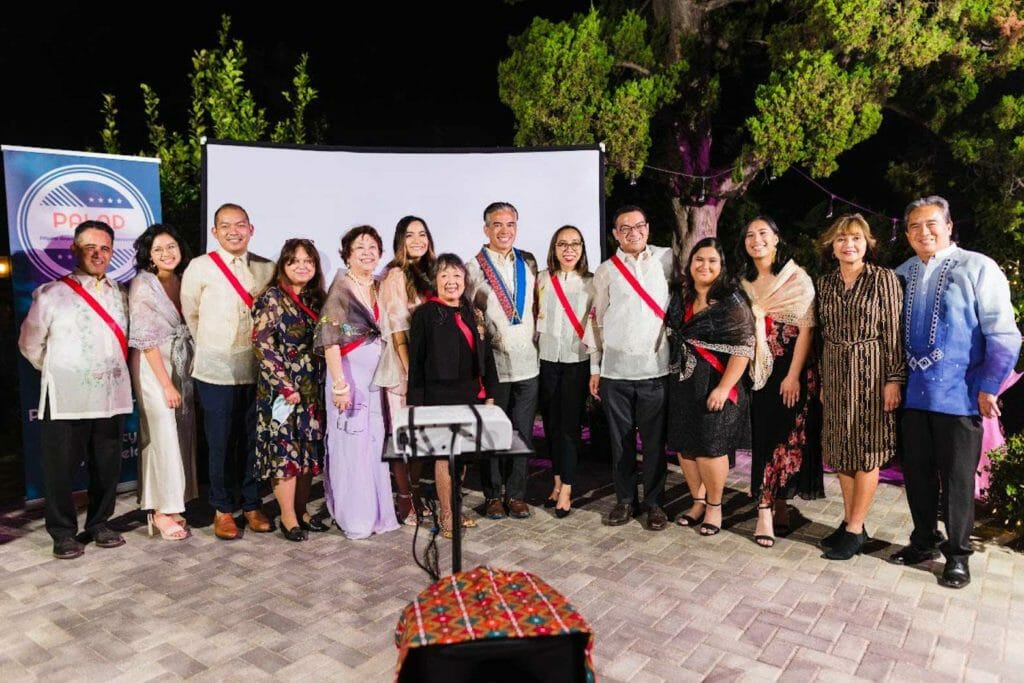 Rob Bonta made history earlier this year as California’s first Filipino American to serve as Attorney General of California. In addition to his service in the California State Assembly, he brings nearly 15 years of experience as a practicing attorney in the public and private sectors.

“I’m honored and humbled and thankful for all that Larry Itliong has inspired us to do and to be: to be better, to fight harder, to do more. To secure more justice for those who need it. As Filipino American Democrats, that’s what we fight for,” said Bonta, accepting the Larry Itliong Legacy Award in person on Saturday, Oct. 30.

PALAD also honored Governor Gavin Newsom with the Kapwa Community Ally Award, an award presented to a leader whose actions and impact demonstrate solidarity with the Filipino and Asian American communities.

“Thank you for this recognition for the Community Ally Award, thank you PALAD for that recognition, and thank you to all of you for assembling here this evening. Thank you, in particular, to Rob Bonta, our remarkable new Attorney General, for always being here side-by-side as a champion for the Filipino community,” Newsom accepted via video.

“We know that when our community doesn’t show up at the ballot, we all lose. That’s why we are raising funds tonight so we can contact the 67,000 registered Filipino Democrats in Los Angeles County to get out the vote. We’re looking to make 2022 a banner year for our community, “ said Bianca Nepales Gervacio, President of PALAD.

PALAD’s event, hosted at the private residence of Geoffrey Jimenez, raised a record amount, thanks to the support from sponsors and attendees. Among its 200 attendees were Priscilla Itliong Bacus, the niece of Larry Itliong, and Los Angeles mayoral candidates Congresswoman Karen Bass, and City Councilman Kevin de León.  To view our event photos taken by Garrett Goerl, please visit the PALAD Flickr account.