The protest rally at the Manila Garden here, the original venue of the canceled public event, was attended mostly by Filipino youth members of groups under Bayan USA. 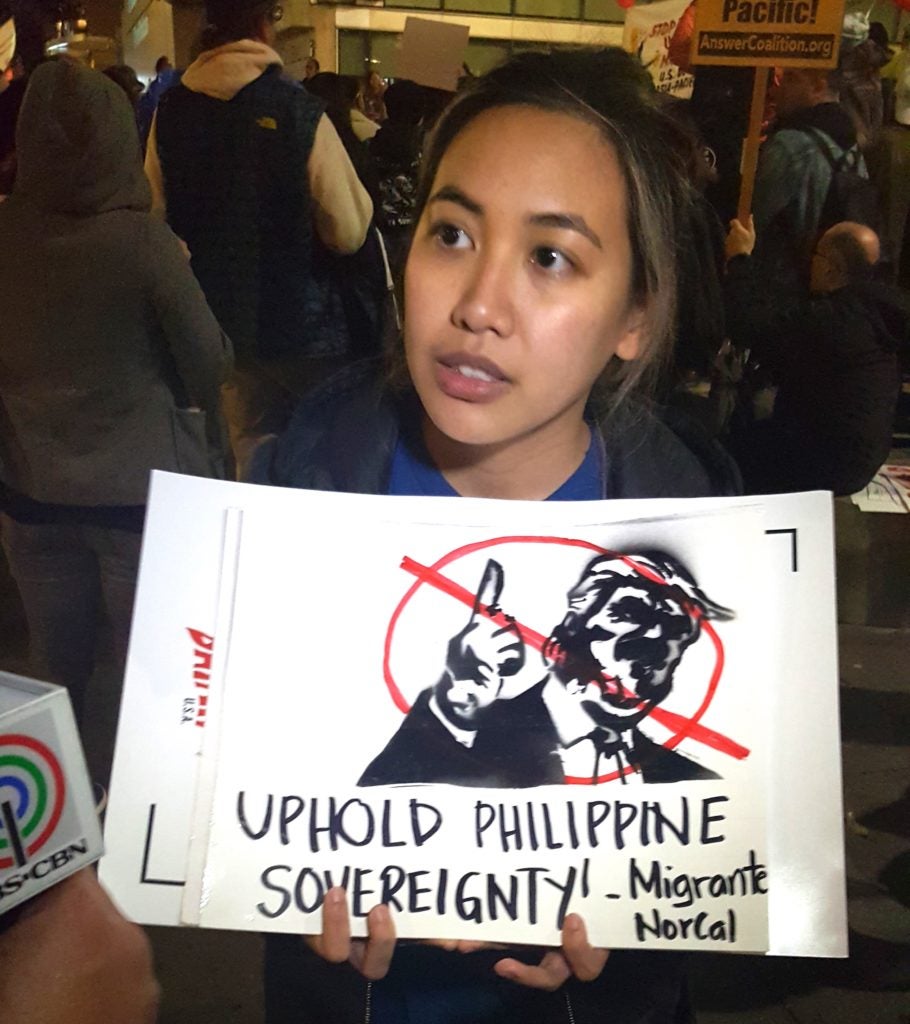 Bayan USA-Northern California regional coordinator Tina Shauf Bajar said that her group decided to push through with the protest at Manila Garden to show that “even if General Ronaldo Bato didn’t show up, our strong opposition will still be heard.”

“They canceled because they were concerned about the protest. Workers inside Manila Garden mentioned that Bato had a private event at the Philippine Consulate (Friday night), for which Manila Garden restaurant provided food for. It seems that Bato and Duterte supporters were afraid of bad press for them,” Shauf-Bajar speculated.

De la Rosa earlier had a meet-and-greet with selected guests at the Philippine Consulate where Daly City Mayor Glenn Sylvester honored him with a certificate of appreciation. National Alliance of Filipino Concerns secretary-general Aurora Victoria David regarded the cancelation “as a sign that they are guilty, that they are hiding something that they are scared of the people, of what we have to say. Bato is the main enforcer of the drug war and we do not welcome him.”

David added: “Our demand is to end the drug war, which is essentially a war on the poor, the way that it is being implemented is not solving the root problems of poverty in the Philippines. The government is still not providing the social services to the poor, which is at the root cause of why people resort to drugs.”

DIwang Kabataan’s Jordan Ilagan of Fremont went to the protest rally after hearing that the PNP chief was in the U.S. to gather support for Duterte’s drug war and to possibly “solidify a weapon’s deal that would guarantee so 27,000 to 29,000 assault rifles to the Philippine National Police.”

Chairperson of Anakbayan East Bay, Roberta Ryan from Tarlac came “to protest Bato’s presence in the East Bay, to let him know that he is not welcome.” Mary Anne Cuison of  the International Coalition for Human Rights in the Philippines of Northern California was not discouraged by the no-show and promised to still be as loud as she could as if Bato were around.

The meet-and-greet event had been planned for almost a month by “20 organizations,” DDS NorCal and Brotherhood for Duterte official Bong Aralar said as he lamented the “unfortunate situation that became unavoidable.” 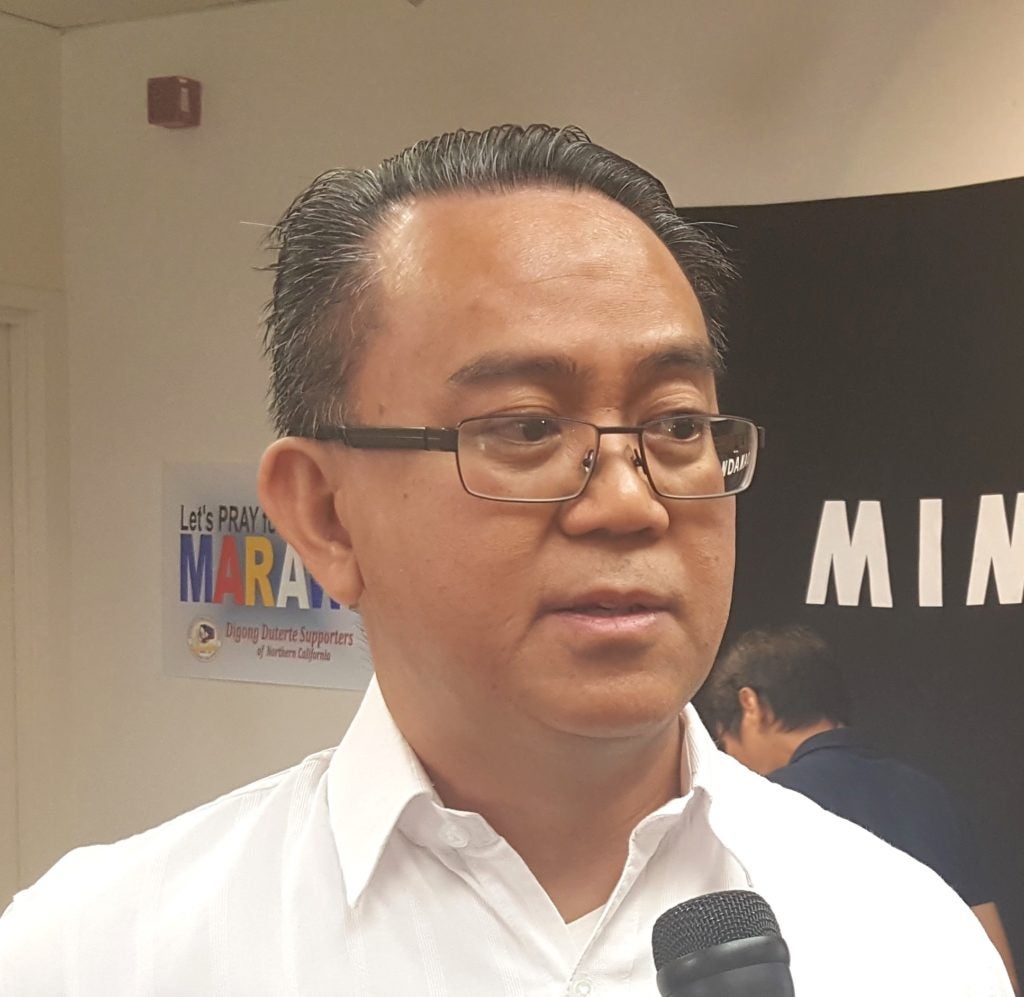 “Despite our preparations, we were advised that security considerations from undisclosed sources forced the cancelation of the meet-and-greet,” rued Aralar. “He had a-meet-and greet at the San Francisco Consulate just like what he had at the New York Consulate earlier. Many attended at the San Francisco consulate whose personnel was responsible for inviting guests. We very much wanted to push through with the event; we were engaged; the media were engaged; we would have been filled to capacity with 150 guests at least.”

Aralar added that he considered the planned protest action against Bato as a factor for the security threat but he was not sure because he “did not belong in Bato’s intelligence team” and was not privy to all the security details that led to the decision to cancel the event. 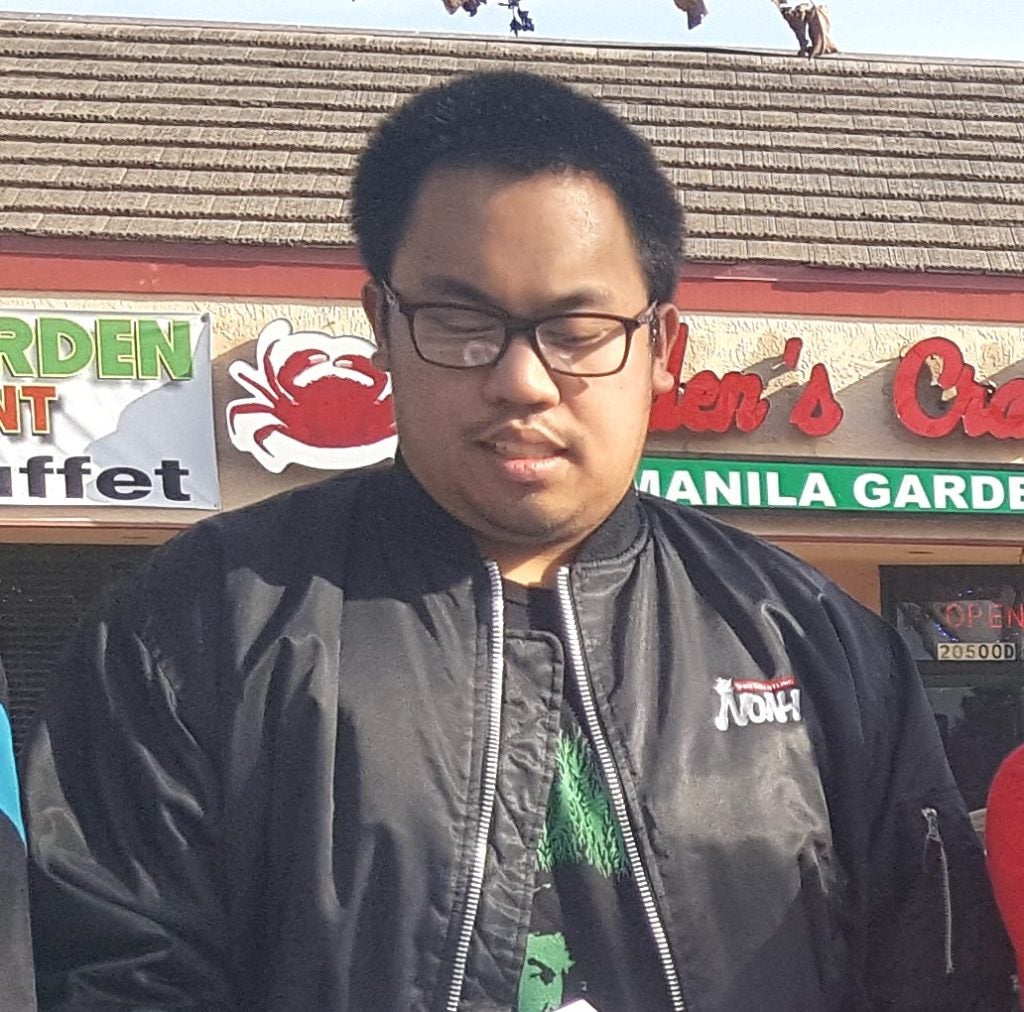 Diwang Kabataan’s Jordan Ilagan came to the protest rally after hearing that the PNP chief De la Rosa was in the U.S. to possibly solidify a weapon’s deal that would guarantee so 27,000 to 29,000 assault rifles to the Philippine National Police. INQUIRER/Jun Nucum

“Had the event pushed through, I am confident that ones who would come to the Manila Garden meet-and-greet are our supporters only because they were the only ones we invited,” Aralar said.

“On the protest action, since I believe that everybody has an opinion and that they are entitled to it, we would respect their opinions even if communicated in the form of protest.”