5 famous Christmas characters (aside from Santa) 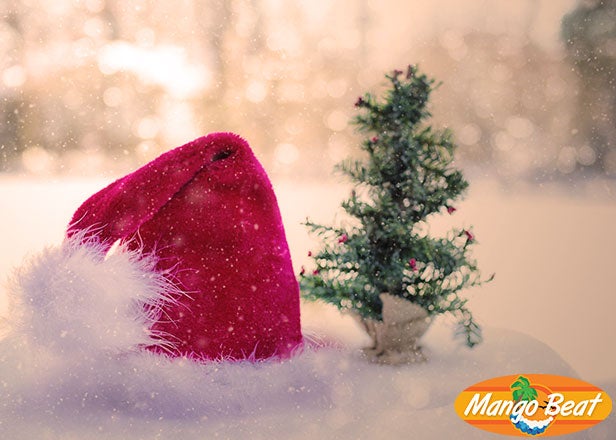 Santa Claus is a universal figure for the Christmas season. He is the figure kids eagerly await at night, leaving cookies for him to snack on. He is the one mascot and main visual most prevalent in Christmas decorations. People dress up like the jolly old St. Nick to get into the holiday spirit as they tell stories of his magical journey to deliver gifts across the world. But Santa isn’t the only figure that’s big on the Yuletide scene. Here are a few other characters that are well known and related to the holiday season.

When blinding fog and snowstorms threaten to cut Christmas entirely, who is there to save the day? Why, none other than the bright-nosed Rudolph, that’s who! Popularized by both song (Rudolph the Red-nosed Reindeer) and stop-motion Christmas animations, the adorable horned companion of Santa with a nose so bright made its way to the hearts of kids and adults alike. Next time you see a red-nosed reindeer, why not try playing some reindeer games with him?

Initially, the character of Scrooge from Charles Dicken’s “A Christmas Carol” is a representation of everything against the spirit of Christmas time: grumpy demeanor; selfish personality; isolation; and quickness in ruining the joy of others. By the end of the novella, after being visited by three special ghosts, he transforms into a picture of holiday cheer and selflessness. He’s the reason why people who are against the holiday cheer are called “Scrooges.”

Did you know Christmas has its own creepy side? This is especially apparent with the character of Krampus. He is a figure well-known in European Christmas lore, oftentimes accompanying Kris Kringle himself, and is described as a fearsome horned demon. Whereas St. Nick is a friendly soul clad in soft red clothes, who gives kids gifts from his magic bag, Krampus is an intimidating, chain-wrapped monster, who puts naughty children into his bag to carry off.  Recently, this monstrous legend has even gotten his own horror-holiday movie! Do you still think being on the naughty list is okay?

Probably one of the most recognized characters from the mind of Dr. Seuss aside from his mascot character, The Cat in the Hat. “The Grinch Who Stole Christmas” is one of the most beloved of Yuletide Children’s literature, and the animated cartoon has always had a special place in the heart during the holidays, spawning many a parody in later media. Much like Scrooge, the green-furred monster starts off as a holiday-hating figure but later finds out their true meaning from the inhabitants of Whoville.

While this character is more inclined to Halloween than anything else, this ghoulish gentleman has as much a place in the holiday season as Krampus does.  Created by the weird and macabre Tim Burton, this Christmas-crazy skeleton has made himself a holiday staple for people who like to inject a little spooky fun into their Christmas time. This pinstriped-suited, undead gentleman definitely is the Pumpkin King of Yule in the childhood of many folks.

If you’re intrigued by the idea of a skeleton in a Santa costume or a reindeer with a glowing, red nose, why not mix things up and put the focus of your decorating on one of these prominent figures (except for Krampus, unless it’s an elaborate holiday scare prank.)

Visit www.mangotours.com to know more about its latest promos and travel offers.