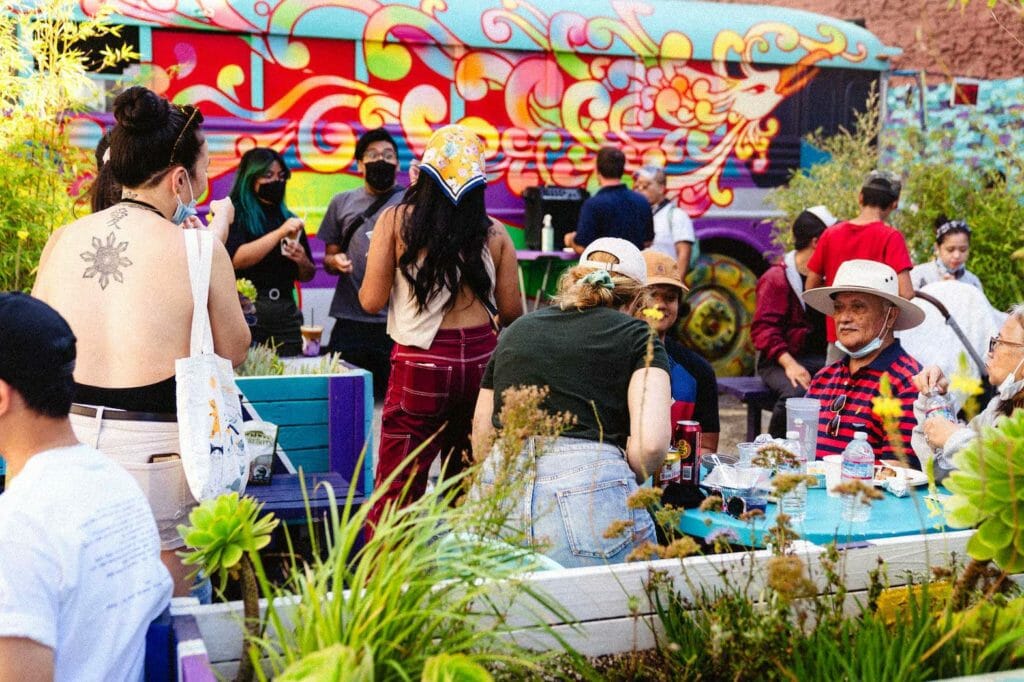 The night market was designed to jump-start economic activity, public awareness of SOMA Pilipinas, and is part of a “multi-prong strategy” in building a commercial corridor in the district. 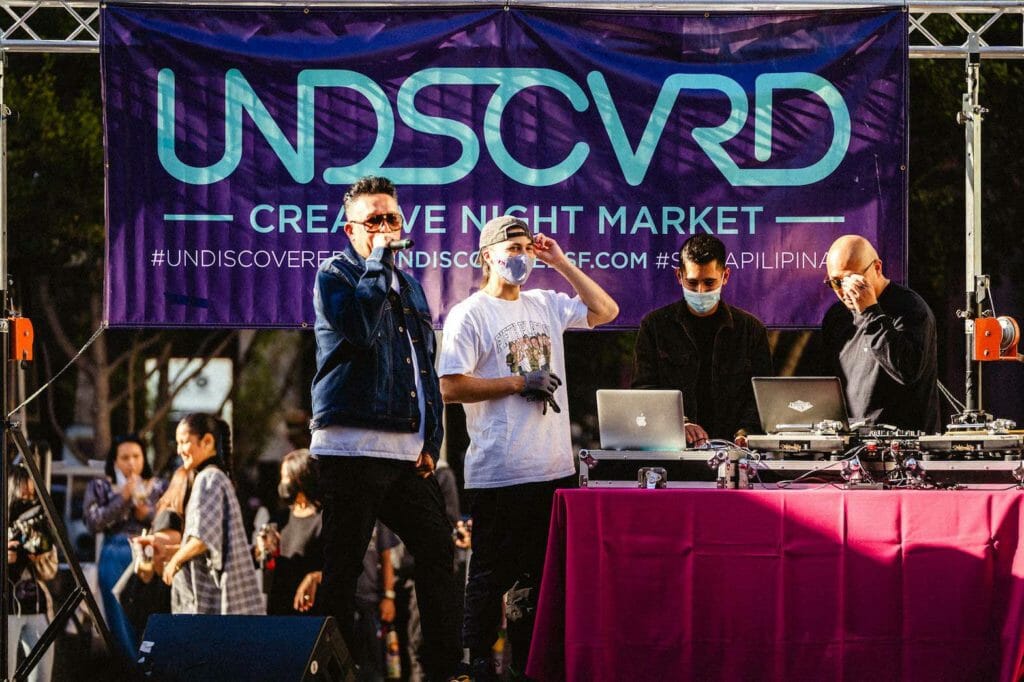 “We do need to evolve the format of the event to get it closer to this ultimate goal of a commercial corridor. We want people to go deeper into SOMA Pilipinas,” says Desi Danganan, executive director of Kultivate Labs, a non-profit business accelerator. 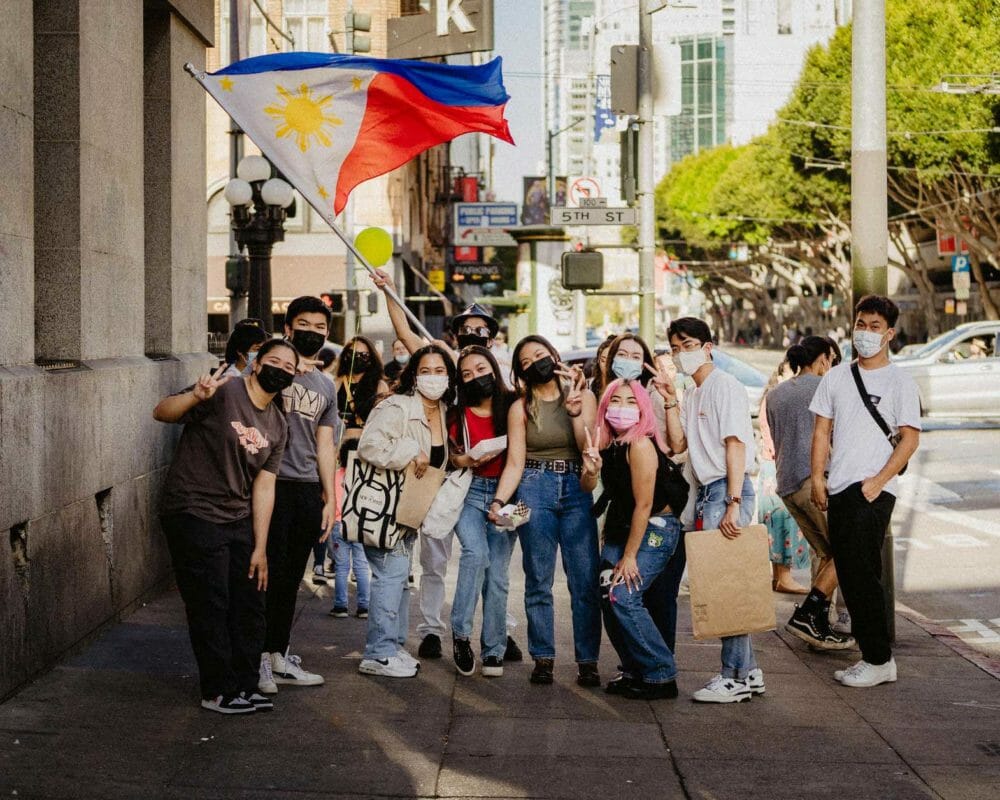 Among the venues are Kultivate Lab’s Kapwa Gardens and Balay Kreative Studios; Bindlestiff Studio, a legacy organization in the district; Yerba Buena Gardens in partnership with the SF Urban Film Festival; and a “retail walk” right outside of Westfield Shopping Center on Mission Street. 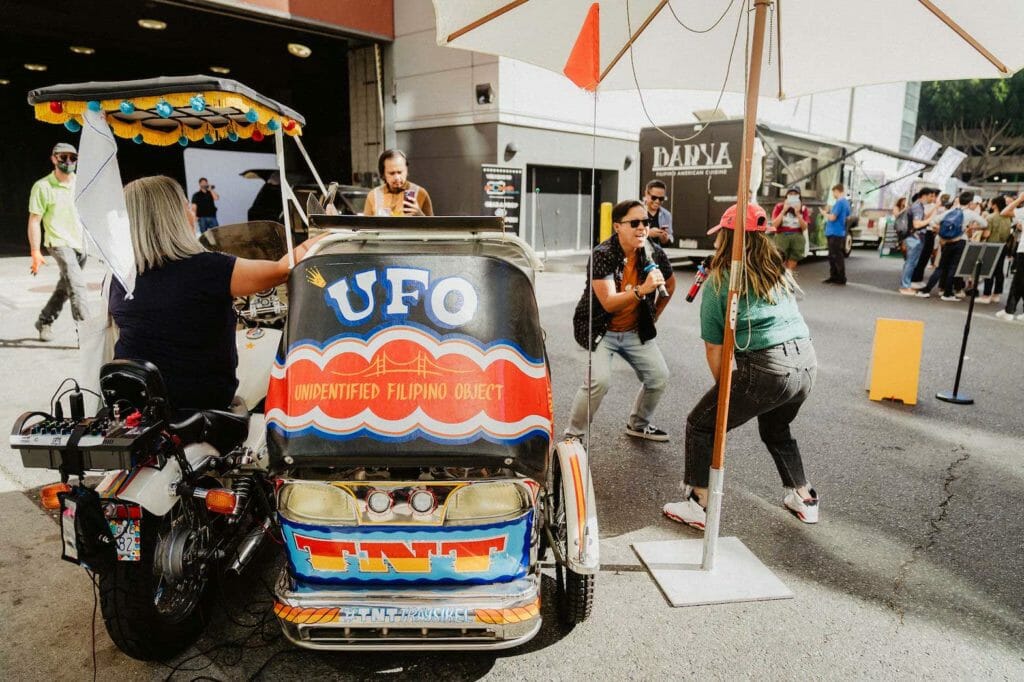 Part of the art showcase was the TNT Traysikel project by Mike Arcega and Paolo Asuncion with their TNT SideCaraoke, “a social practice artwork” in which participants perform karaoke through the built-in karaoke system in the tricycle.

There were “activation ideas” in the form of pop-up displays on empty storefronts along Mission Street that tell a little bit of Filipino culture” that are matched up with Filipino brands and merchandise.

One was a display featuring Filipino books and authors in partnership with Arkipelago Books. Another was a display called Roots of Style featuring manongs, the first generation of Filipino emigrant workers, as style mavens designed as “a trajectory to show why Filipinos are so fashionable.”

Showcasing cultural pride and in the spirit of resilience, Undiscovered SF Culture Crawl was a celebration of Filipino American History Month and an effort to revitalize the district that has been hard hit by the pandemic.

“We lost a lot of businesses during the pandemic,” says Danganan. “The economy of the South of Market is changing because the tech industry isn’t coming back the way it was before because we can all work from home. We don’t have thousands of techies coming out for lunch.” The biggest challenge in putting up the free event, on top of having multiple locations, training a new Undiscovered team, and pandemic protocols, was lower funding gained through grants and sponsors. Danganan says that this year they “entered the season with $10,000,” a big drop from the “typical $125,000 in grants funding.”

Danganan says that they are doing only one Undiscovered SF event this year. “It’s all we can afford. We don’t want to fall down the same path as the FAHMfest,” he adds, the cancellation of FAHMfest, a for profit event in San Pedro, California, similar in format to Undiscovered SF. 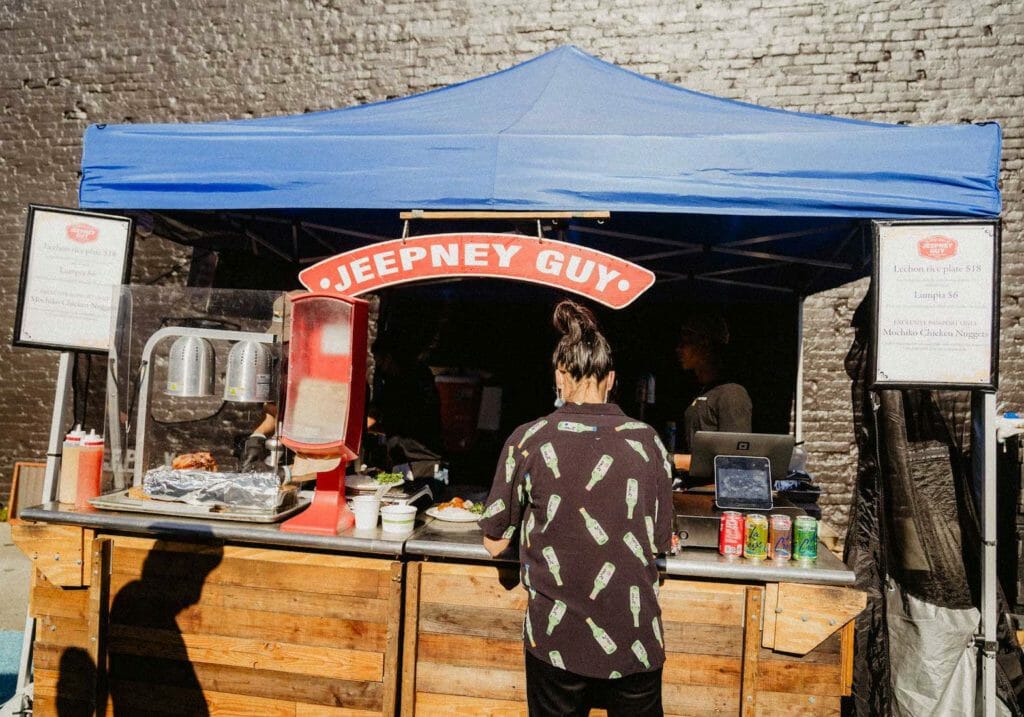 The district-wide culture crawl will be the new format for events moving forward. It will be the same format for the annual Parol Lantern Festival on December 11 that Danganan and his team will be running for the first time this year.

For five years since the designation of SOMA Pilipinas as a district, Danganan has been planning for a bustling commercial corridor. Seeing crowds of attendees at Undiscovered SF Culture Crawl was a morale booster.

“In the past few months, I sat in Balay Kreative Studios looking through the windows [on Mission Street] just imagining to myself, ‘Oh, one day, there’s going to be thousands of people right outside the window, and to actually see it happen is awesome.”