Joe Manchin will not back $1.75 trillion dollar spending bill I Politics

Joe Manchin will not back $1.75 trillion dollar spending bill

“While I’ve worked hard to find a path to compromise, it’s obvious: Compromise is not good enough for a lot of my colleagues in Congress. It’s all or nothing, and their position doesn’t seem to change unless we agree to everything,” Manchin told a news conference.

“Enough is enough. It’s time our elected leaders in Washington, all of us, stopped playing games with the needs of the American people in holding a critical infrastructure bill hostage.”

Manchin spoke four days after Biden visited Capitol Hill to unveil a $1.75 trillion proposal that would offer free preschool for 3- and 4-year olds, expand home care for the elderly and offer tax credits for companies investing in clean energy sources. 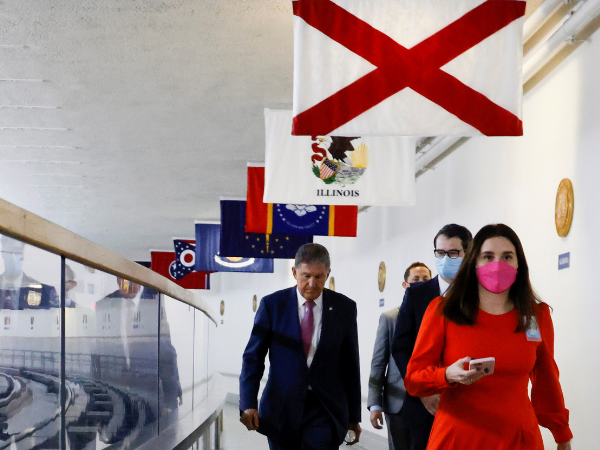 The package was half the size of Biden’s prior $3.5 trillion goal, after dropping some progressives’ priorities, including new paid family leave benefits and key climate control provisions.

Manchin portrayed the bill as being filled with “shell games” and “budget gimmicks” that would end up costing far more than its $1.75 trillion price tag.

In reaction to Manchin, Senate Majority Leader Chuck Schumer insisted: “We are still talking and working through important details and making good progress.” 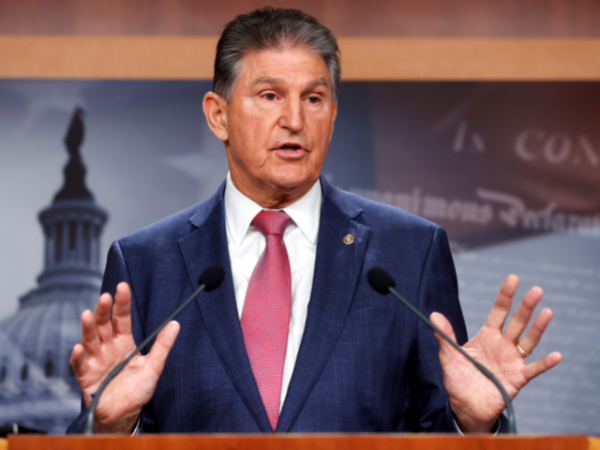 But the news dimmed the chances of passing either bill this week. Schumer has not said when he would have the votes needed to pass the legislation. House of Representatives Speaker Nancy Pelosi told reporters that passing it this week was the “hope.”

Manchin demanded immediate House action on a $1 trillion infrastructure bill that the Senate passed in August with the support of 19 Republicans.

But progressives in Biden’s Democratic Party have demanded that no vote occur on that measure until the larger bill to expand social programs and attack climate change was first assured of Senate passage.

Manchin’s defiance further complicated Democrats’ efforts in a month when they are facing a towering legislative to-do list. 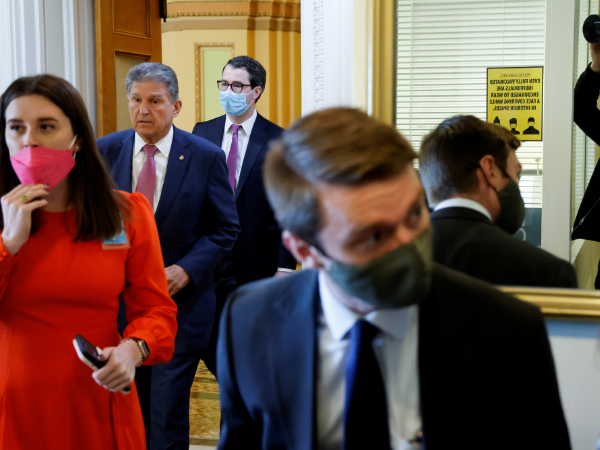 In addition to hoping to pass the two major bills, Congress faces critical deadlines in the next five weeks to avoid a government shutdown, a potential embarrassment for Democrats, and avert an unprecedented default on the federal government’s debt with its catastrophic economic consequences.

BIDEN’S LEGACY ON THE LINE

Despite Monday’s setback, negotiators continued working on the spending bill. Senate Finance Committee Chairman Ron Wyden said on Monday: “We made some real headway” over the weekend on getting a provision into the measure that would lower prescription drug prices.

Biden visited Capitol Hill on Thursday to plead with Democratic lawmakers to support the two bills. 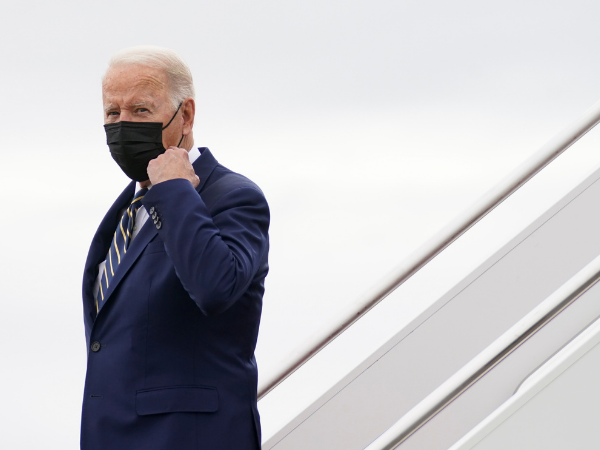 “I don’t think it’s hyperbole to say that the House and Senate majorities and my presidency will be determined by what happens in the next week,” Biden told a closed-door meeting with House Democrats, said a source familiar with his remarks.

The Senate is divided 50-50, with Democrats holding the majority by virtue of Vice President Kamala Harris’ tie-breaking vote. That means that any one Democratic senator has effective veto power.

There had been growing optimism since Biden’s private meeting with House Democrats on Thursday that the two bills, totaling more than $2.75 trillion, could advance quickly in the House, maybe as soon as this week.

Progressives spoke in support of the Biden plan, saying they simply wanted to read the full text of the retooled bill still being drafted and to receive a solid promise that Manchin and fellow moderate Democratic Senator Kyrsten Sinema were fully on board.

Conversations over the weekend were upbeat and Congressional Progressive Caucus Chair Pramila Jayapal said on Monday she hoped for passage of the legislation this week.

“The president came to the caucus and assured us that he would get 51 votes in the Senate for this deal that he has been negotiating with Senator Manchin and Senator Sinema,” Jayapal told CNN after Manchin’s statement. “We’re tired of continuing to wait for one or two people. We trust the president that he will get 51 votes for this.”