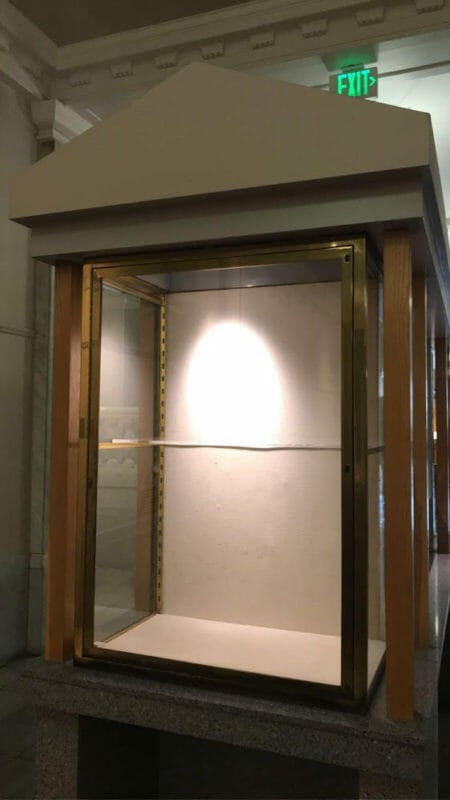 If Halloween was the last day of Filipino American History Month, make Nov. 1 for all the saints who continue to fight to make sure the truth of our history is known; and then make Nov.2 for all the souls who died as part of that history.

By some estimates that would include as many as one million Filipino civilians who lost their lives in the oft forgotten Philippine-American War. It’s the war after the Spanish American War when the U.S. then bought the Philippines, and were forced to fight the brave Filipinos who started the first Philippine Republic. That’s when all the civilians died. Those souls shouldn’t be forgotten.

And that brings us to the present day—a sad period of American history— when reckonings with the past are becoming commonplace.

It’s made more painful when it exposes how the leading public institution in the nation played a major role in the ultimate colonization of the Philippines.

On the final week of Filipino American History Month, there was a disturbing anti-Filipino streak at, of all places, the University of California Berkeley.

After students protested last Thursday against UC Berkeley’s 2020 South/Southeast Asia exhibit—specifically, a section on the Philippines that honored UC’s connection to the colonization of that country–UC’s Doe Library took it down Saturday night.

Victory? Not so fast. It meant on the last day of Filipino American History Month, while the overall exhibit still honored other South/Southeast Asian countries, Filipinos were left with nothing.

It’s typical of the kind of insensitive institutional omission Filipinos have put up with in the past, and serves as an insult to all of us looking to history for a transformative sense of social justice.

After the protest last week, instead of a thoughtful acknowledgment, or an apology, the university’s response was to take down all the Filipino parts. And leave an empty display, all well lit to highlight our absence, or show how Filipinos just don’t exist.

I’ll explain more later in this column, but first, if you’re feeling a chill in the air, it’s not your imagination.

In general, there’s a lot of hate in the U.S. right now toward Asian Americans.

The updated FBI stats released last week show more than 7,700 hate crimes last year. And that’s still probably an undercount since there are fewer agencies participating in the reporting of incidents.

Asian Americans weren’t invisible here, making headlines with 279 anti-Asian attacks, up 73 percent. The rise coincides with Trump’s “Kung Flu” scapegoating. And there are a number of cases where Filipinos were attacked because people thought we were Chinese.

And as bad as that is, the AAPI numbers are  still around ten times fewer than anti-Black hate crimes: 2,871, up 45.5 percent.

It does give us something in common and a sense of unity with our African American brothers and sisters. We are both highly targeted and victimized in America.

To be a target magnifies every little slight that occurs. For example, when San Francisco television reporter Betty Yu was criticized two weeks ago by right-wing internet hosts for having an “aggressively Asian face,” Asian Americans around the country took notice.

Yu was simply doing her job reporting on how the burger chain In-N-Out refused to follow a San Francisco public health ordinance requiring restaurants to ask patrons for proof of vaccinations.

In-N-Out didn’t want to be the “vaccine police” against what I call the pandemic’s new undocumented—the unvaccinated who either don’t have a vaccine card or have a fake one.

For doing her job and alerting the public, Yu was attacked verbally by the freedom loving anti-vaxxers on the YouTube show “Louder with Crowder.”  But it wasn’t a debate about what she said. It was more ad hominem than that. The show hosts said Yu looked “aggressively Asian.”

All good fun? Not when it can fuel the hate present in America, as evidenced by the latest FBI hate crime stats.

YouTube was supposedly one of the social media outlets doing better. No reprimands have been issued to date.

What a unique time in America. Seeing racism in social media is appalling but not surprising. But imagine what it was like for previous generations of AAPI TV reporters locally and nationally.

When I was starting out at the San Francisco NBC affiliate in the ‘80s, there was no social media. I got my hate dished out the old fashioned way—in the mail.

I remember getting a postcard. At the time, I was the only Filipino American at one of the big three network stations (ABC, CBS, NBC). It was a glorious pre-FOX world.

The writer of the postcard wasn’t sending a fan letter. The typewritten note said disparaging things about me, like how my “people” used our fingers instead of toilet paper.

But mostly, I remember how the writer called me “monkey.”

It was what people called my dad, who was born under the American flag in the Philippines, then a colony of the U.S.

And to think that a small cadre of UC scholars participated, no less than David Prescott Barrows, the colonial department of education leader in the Philippines, and the ninth president of the University of California from 1919-1923.

No one should praise UC Berkeley’s colonial past

And that brings us back to UC Berkeley and that South/Southeast Asian exhibit that was taken down this weekend after students protested last Thursday.

One of the most offensive things about the exhibit was how it put Barrows and other UC connected colonizers like anthropologist Alfred Louis Kroeber, Robert Gordon Sproul, and Bernard Moses at the centerpiece of the Philippines section.  Barrows, the former UC president, as the head of education in the colonial Philippines, would lecture young Filipinos how they were inferior and illiterate. He also wrote a history of the Philippines that is widely condemned now for being racist.

What’s more stunning is how within the last two years, the university has begun dealing with its colonial past. Working with a broad campus committee, the names of Barrows and other colonizers have been removed from campus buildings.

And yet, because the school clearly doesn’t respect the Filipino community, its faculty, employees, and students, the library almost defiantly exhibited and glorified discredited UC’s racist scholarship.

“We demand acknowledgment and accountability from the University,” said Stephanie Wong, a senator in UC’s student government, in an email where she decried the school’s colonial amnesia. “It is only right that we stand up for our Pilipinx allies and friends, as we would for ourselves if the University were to glorify institutions that have long harmed our families and ancestral communities.”

Alex Mabanta, a student organizer said it’s clear an apology is in order. The students are meeting with school officials this week, but it doesn’t look like an apology is forthcoming.

The university has put out a statement that indicates how Barrows was racist toward Filipinos, but it was also mindful of protecting Barrows, as if his reputation could be damaged any further.

Only if people forget. And when the students didn’t and spoke out, UC took everything down.

Until there’s an apology, the protest will continue to evolve as UC deals with its racist colonial legacy.

October might have come to an end, but the quest to expose the truth in Filipino American history hasn’t.

In 2021, the students insist on making some history of their own.

Emil Guillermo is a journalist and commentator. He writes a column for the North American bureau of Inquirer.net. See his vlog at www.amok.com  and at 2p Pacific on Facebook, YouTube. And Twitter @emilamok