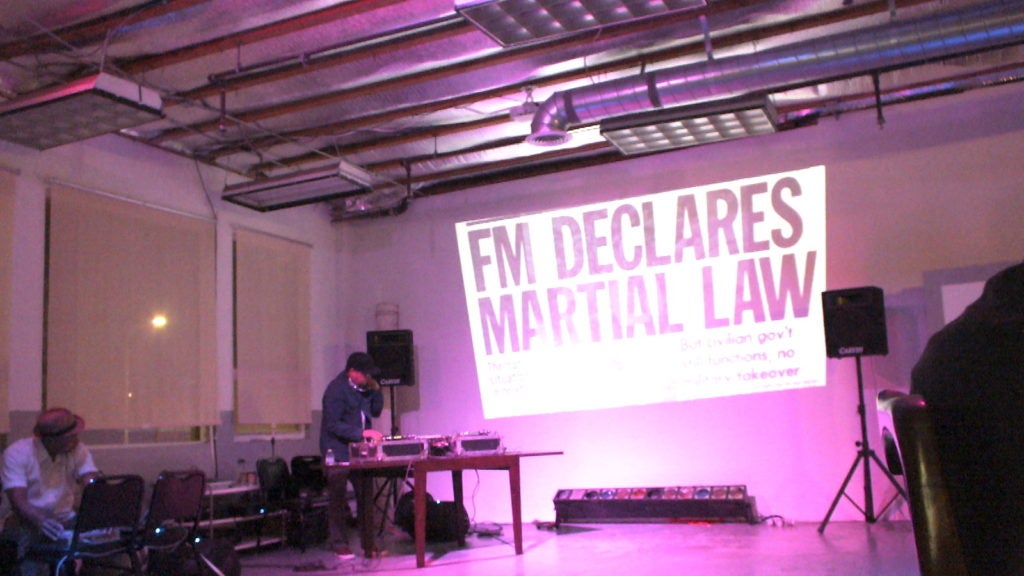 DJ JoelQuiz, (Joel Quizon) projecting images and vintage film/video footage by DJ Un-G (Gary Gacula Gabisan); the audience recalled the dark days of Martial Law as they danced to the disco beat and the light show projections on the wall. INQUIRER/Florante Ibanez

HOLLYWOOD — A group of community activists, scholars and artists on Sunday, December 3 celebrated the start of an archival art project to document the “anti-Martial Law and Anti-Marcos resistance era.”

Utilizing a live Disco DJ JoelQuiz, (Joel Quizon) and screening of images and vintage film/video footage by filmmaker-DJ Un-G (Gary Gacula Gabisan), the celebrants recalled the dark days of Martial Law as they danced to the disco beat and the light show projections on the wall. Imelda Marcos loved the Disco Dance Era as shown in the Broadway musical “Here Lies Love.”

Fresh and fried lumpia (including veggie alternatives), Christmas cookies and other snacks as complimentary refreshments fueled the attendees on the second floor of the Thymele Arts Center.

It is generously funded by the UCHRI, Kababayan at UCI, Orange County & Southeast Asian Archive Center, School of Humanities at UC Irvine. The project is collecting and documenting Philippine martial law era materials as well as oral interviews of participants in the US-based resistance movement . 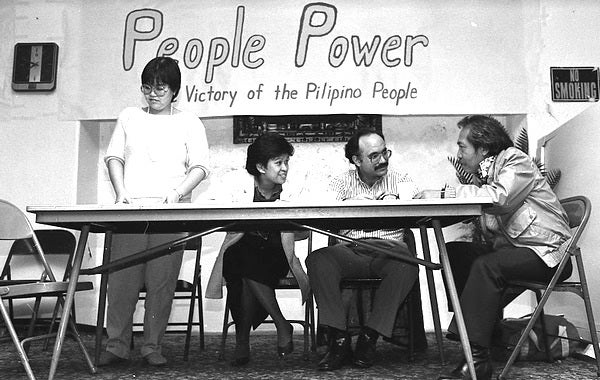 An example of Anti-Martial law materials being digitized by Visual Communications. VCA

Next up in #AfterlivesOfMartial Law will be a writing workshop and performance with Jason Magabo Perez, writer-professor and author of This is for the Mostless, at UC Irvine, planned for January 18, 2018.