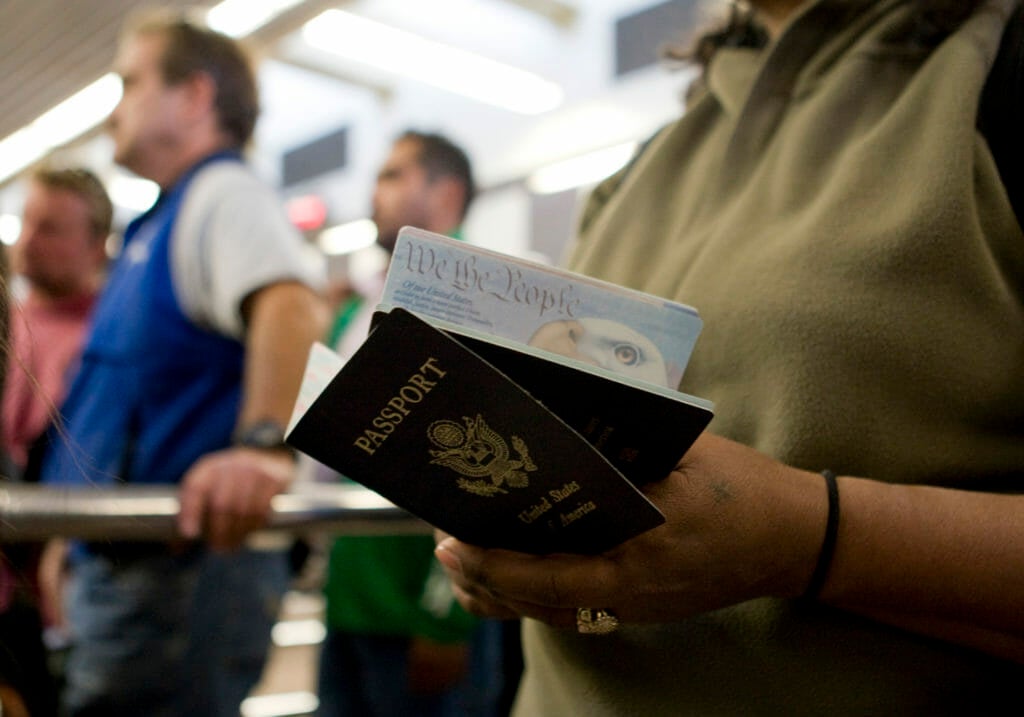 A pedestrian holds her and her child’s passport in San Ysidro, California January 31, 2008. REUTERS/Fred Greaves/File Photo

WASHINGTON – The U.S. State Department said on Wednesday it had issued the first U.S. passport with an “X” gender marker, designed to give non-binary, intersex and gender non-conforming people a marker other than male or female on their travel document, according to a statement.

Secretary of State Antony Blinken announced in June that the X marker would be offered as an option on passports, following other countries including Canada, Germany, Australia and India who already offer a third gender on documents.

State Department spokesperson Ned Price said in a statement that the United States was moving toward adding the “X” gender marker as an option for those applying for U.S. passports or Consular Reports of Birth Abroad.

Price did not say who the first “X” gender passport was issued to.

“We look forward to offering this option to all routine passport applicants once we complete the required system and form updates in early 2022,” Price said.