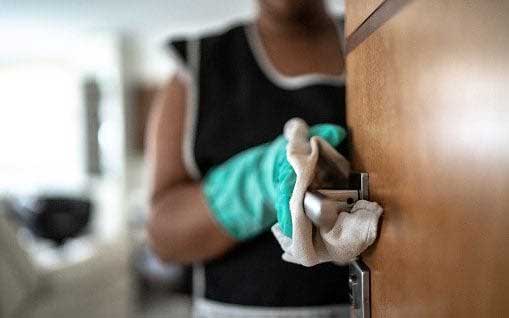 Apple once threatened to banish Facebook and Instagram from its app store over concerns about the platform being used as a tool to traffic Filipina domestic workers in the Middle East.

Documents sent to the Securities and Exchange Commission and U.S. Congress by a Facebook whistleblower show that after Apple’s warning two years ago, Facebook vowed to police its platform, according to a report by the Associated Press.

Facebook admitted it was “under-enforcing on confirmed abusive activity” that saw Filipina maids complaining on the social media site of being abused. Apple let Facebook and Instagram remain in its app store.

In a statement to the Associated Press, Facebook said it took the problem seriously, despite the continued spread of ads showing photographs of Africans and South Asians with ages and prices listed next to their images.

“We prohibit human exploitation in no uncertain terms,” Facebook said. “We’ve been combating human trafficking on our platform for many years and our goal remains to prevent anyone who seeks to exploit others from having a home on our platform.”

Apple’s warning to Facebook is among the disclosures made to the Securities and Exchange Commission and provided to Congress in redacted form by former Facebook employee-turned-whistleblower Frances Haugen’s legal counsel. The redacted versions were obtained by a consortium of news organizations, including the AP. The Wall Street Journal previously wrote about Apple’s threat to remove Facebook and Instagram.