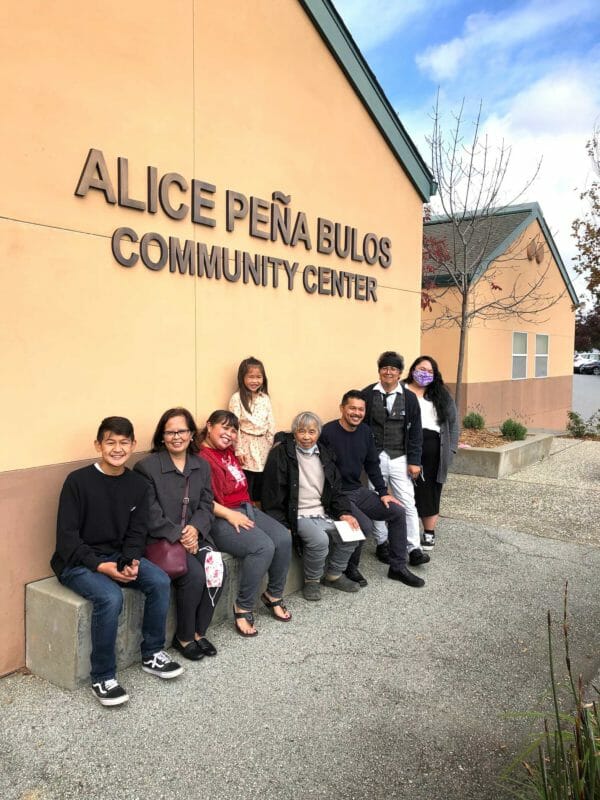 SOUTH SAN FRANCISCO – Four generations of community advocates on Oct. 23 renewed ties in the name of their departed role model when this city officially opened the Alice Peña Bulos Community Center on Galway Drive off the main road Westborough Boulevard.

The center’s dedication honored the beloved Filipino American leader three days from her fifth death anniversary, a reminder of the lesson frequently imparted by the lifelong South San Francisco resident and -political activist to both U.S.-born and the newly arrived Filipinos: “Be visible and speak up. You have to be seen and heard to gain power.”

So pioneers and proteges from various communities, whose causes Bulos led or supported passionately, showed up at the reception Saturday. Among those who braved the rare storm forecast were lawyer and Filipino WWII veterans champion Lourdes Tancinco, Bayanihan Equity Center executive director Luisa Antonio and Bernadette Sy Borja, who founded the Filipino American Development Fund for low-income families San Francisco with her father and Bulos friend Dr. Mario Borja.

Bulos’ grandchildren Charity and Charles B. Ramilo repeated their Mami Alice’s memorable maxims that guide them today as educators and community activists.

“Tita Alice” as her admirers refer to the acknowledged “Grand Dame of Fil-Am empowerment” would have been 91 today. Few of her contemporaries attended the event presumably out of pandemic safety precautions; in their place, however, latter-day mentees rose to the occasion.

Clad in a kimona stressing pride in her Philippine heritage, Nicolas disclosed that a hand-written letter from Bulos’ key ally in her hometown, retired State Assembly Member Gene Mullin, had spurred the naming of the Westborough Recreation Center after Bulos.

Mullin’s endorsement was among his final acts before his unexpected passing this past April. Opportunity to heed the Mullin’s proposal “presented itself” when Mayor Mark Addiego appointed Nicolas to the City Council Naming Committee, said Nicolas. 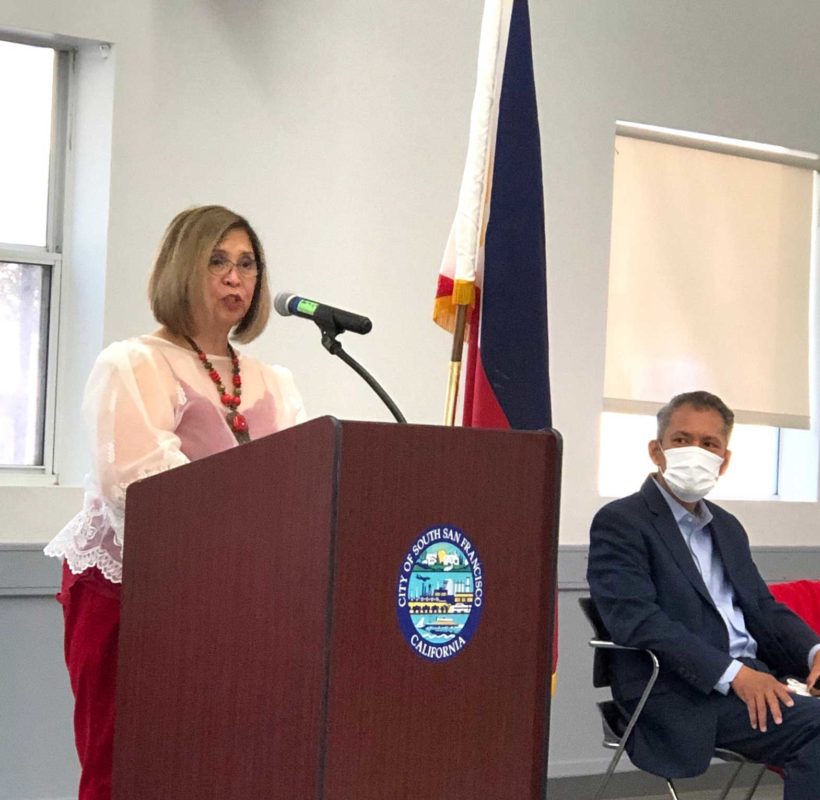 Coincidentally the Center was built in 1988, the year Bulos and Nicolas first met.

“I must have had the look of a new immigrant,” which she was, Nicolas speculated what moved Bulos, who was chair of the University of Santo Tomas sociology department prior to joining her husband in California, to reach out to her after Sunday Mass with an invitation to get involved.

Nicolas, VP of global drug safety and pharmacovigilance of Rain Therapeutics in Newark, related how she and her husband Nenar began attending meetings at the Bulos home. They discussed how to get more people of color elected in their town whose surging Asian and Latino population they believed was underrepresented in town decision-making. They poured support for Pedro Gonzalez, the first Latino on the City Council, now retired and present at the Center rites with former Council Members Rich Garbarino and Matsumoto.

“I stand on the shoulders of Filipino American community leaders such as Alice Bulos, Tita Perla (Ibarrientos), or Bulletx (Marasigan) because I feel it is my responsibility to take the baton on what they created,” Daus-Magbual, a Skyline College professor of Ethnic Studies, introduced told Inquirer.net.

Alice Peña Bulos Community Center sits on grounds where its namesake’s grandchildren and now their children virtually grew up outside their home on nearby Liberty Court.

“We’re so happy for this honor,” Bulos’ only daughter, Elizabeth B. Ramilo, told Inquirer.net. “We thank the City Council of South San Francisco for making sure Mami will always be remembered.”