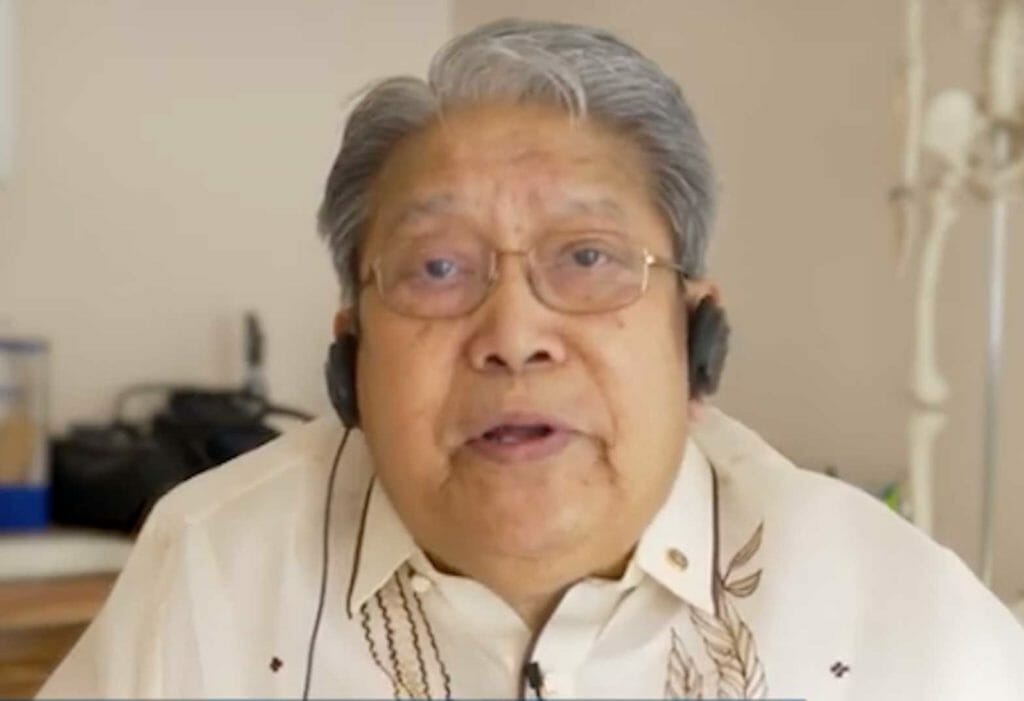 The award, which honors the California physician who best exemplifies the ethics and practice of a rural country practitioner, was announced Oct. 23 at CMA’s virtual House of Delegates.

Dr. DeLeon recently retired after his 48th year of medical practice in Modesto where he spent nearly four decades serving the indigent and underserved deep in the heart of California’s Central Valley.

Born and raised in the Philippines, DeLeon knew he wanted to be a physician after he was hospitalized as a child.

After graduating in 1964 from Far Eastern University in the Philippines, DeLeon came to Modesto where he completed his residency in Family Medicine at Scenic General Hospital. After his residency, DeLeon and his wife—also a physician—remained in Modesto, where he opened his private practice in 1973.

Though Modesto was his home for the next 48 years, DeLeon has always felt driven to give back to the community where he was born. DeLeon regularly traveled back to the Philippines on medical missions to help those in need.

“Dr. DeLeon is an exceptional person and an excellent physician. He dedicated his life to his patients, to the community, and to care for people, whether in the United States or outside the United States,” said Modesto gastroenterologist Magdy Elsakr, M.D.

Colleagues describe DeLeon as a compassionate and dedicated physician, well-respected by patients and colleagues alike.

“He could have retired many years ago, but he loves his patients and has a passion for his profession. He loves the community, and he wants to serve the people,” said Antonio Apellanes, M.D., a Modesto pediatrician.

DeLeon has also served for many years on the Board Directors for the Stanislaus Medical Society (SMS), and has held memberships in many other worthwhile organizations, both nationally and locally.