American Airlines and Southwest Airlines announced earlier this month they would comply with the mandate that employees be vaccinated by Dec. 8 unless they receive a religious or medical exemption.

Some airlines and industry-watchers had initially feared an exodus of unvaccinated airline or government employees involved in travel just before the Christmas season but airlines later said that would not happen and cited comments from the White House this week.

Southwest Airlines Chief Executive Gary Kelly said on Thursday: “We are not on a campaign here to force everybody to get vaccinated … We want our employees to know that nobody is going to lose their job on December 9 if we’re not perfectly in compliance.” 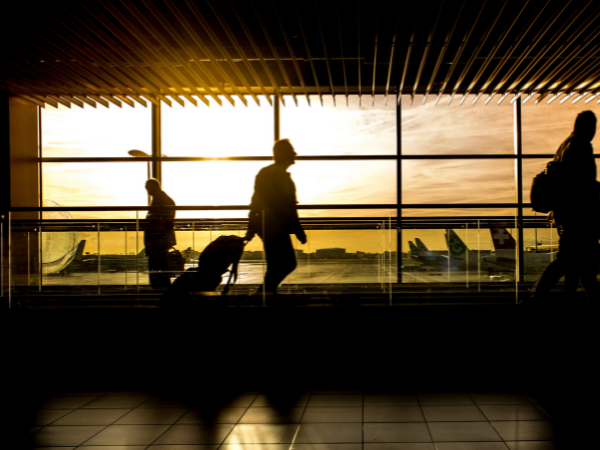 He added: “We’re not going to fire anybody who doesn’t get vaccinated.” He said the vaccination issue will not disrupt travel.

Some lawmakers including Senate Majority Leader Chuck Schumer have raised concerns about the impact on the Transportation Security Administration and travel.

“The requirements for federal workers and contractors will not cause disruptions to government services that people depend on. Agencies have the flexibility necessary to enforce the mandate without impacting critical operations,” Zients said.

Zients added, “the point here is to get people vaccinated, not to punish them. So agencies will not be removing employees from federal service until after they’ve gone through a process of education and counseling.”

American Airlines Chief Executive Doug Parker said on an earnings call on Thursday he does not expect any employees to leave as a result of the vaccine mandate.

“We think we’re not going to see anyone leaving American. I don’t think anyone’s going to want to leave American because either they choose not to get vaccinated or they don’t have a religious or medical (exemption),” Parker said.

Parker said the airline is “highly confident” it will have everyone needed to fly its holiday schedule even if some unvaccinated employees with approved exemptions face new testing requirements.

Travel tips and tricks for a perfect Disney World vacation

Best beaches in Florida to visit

The Cargo Airline Association, a group representing FedEx Corp, United Parcel Service Inc and other cargo carriers, said in letter to the White House on Monday that “it will be virtually impossible to have 100% of our respective work forces vaccinated by Dec. 8 … Sliding this date into the first half of 2022 will allow association members to meet the demands of the e-commerce revolution during the holiday season.”

The letter, seen by Reuters, was previously unreported.

FedEx told Reuters on Thursday it is “engaged with the relevant government agencies” on the guidelines.

(Reporting by David Shepardson in Washington and Rajesh Kumar Singh in Chicago; Editing by Matthew Lewis)

MOST READ
newsinfo NCR still under Alert Level 1; Some provinces remain under Alert Level 2 — IATF
entertainment WATCH: Bea Alonzo fulfills dream of owning apartment in Europe
opinion A Marcos government and the pink movement
business Political marketing lessons from the 2022 presidential race
business Marcos 2.0 banquets imagined
entertainment Direk John ‘Sweet’ Lapus says goodbye to being a gay comedian
entertainment LOOK: Janine Gutierrez flaunts bikini body in Palawan
DID YOU KNOW?
The 12 Best Lat Exercises for Muscle Growth
Countdown to summer: tips for learning how to surf
User Guide: How to Track a Lost iPhone
The Best Filipino Food to Try When Visiting the Philippines
Water Filter Pitcher: The secret to having clean water at home
Top 15 Most Beautiful Flowers in the World