The White House is asking business leaders to meet with President Joe Biden on Wednesday about the need to raise the U.S. debt ceiling, according to a person familiar with the plans.

The proposed meeting is part of a broader White House strategy to pressure Republicans to vote for a debt ceiling increase or allow Biden’s Democrats to increase it alone, without throwing procedural hurdles in the way.

The Treasury Department has estimated that it has until roughly Oct. 18 for Congress to raise the government’s $28.4 trillion borrowing limit or risk a debt default that could spark potentially catastrophic consequences for the world’s largest economy.

The meeting with business leaders could underscore that executives in the corporate community want to avoid the chaos of a battle over the debt ceiling and put pressure on top Republican leaders such U.S. Senate Minority Leader Mitch McConnell. 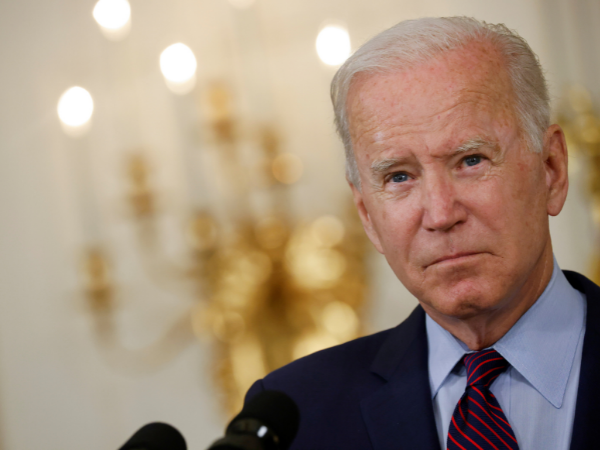 U.S. President Joe Biden looks on as he delivers remarks on the U.S. debt ceiling from the State Dining Room of the White House in Washington, U.S. October 4, 2021. REUTERS/Jonathan Ernst

Republicans in Congress tend to favor policies perceived to be business-friendly.

There were no details so far on which leaders or companies would be involved.

The U.S. Chamber of Commerce, a leading business lobbying group, has pressed Congress to increase the debt ceiling and warned that default is not an option.

Democrats control both the House of Representatives and the Senate with razor thin majorities. But Republicans, with an eye toward the believed political benefit of painting Biden’s party as overseeing out-of-control spending, have declined to vote for the increase.

The White House has argued that both parties have supported increasing the debt ceiling in the past, including multiple times during Republican President Donald Trump’s term in office, when most of the debt being covered by this increase was accrued.

LATEST
Two senators ask for FTC investigation into TikTok over US data access
What is ‘interactive process’ in worker requests for accommodation?
Buckle Up: How investors can keep up with crypto turbulence
US Treasury yield curve inverts again: What is it telling us?
Oil plunges $6 as recession fears heighten demand concerns
US July Fourth cookouts feel the heat of increasing food prices