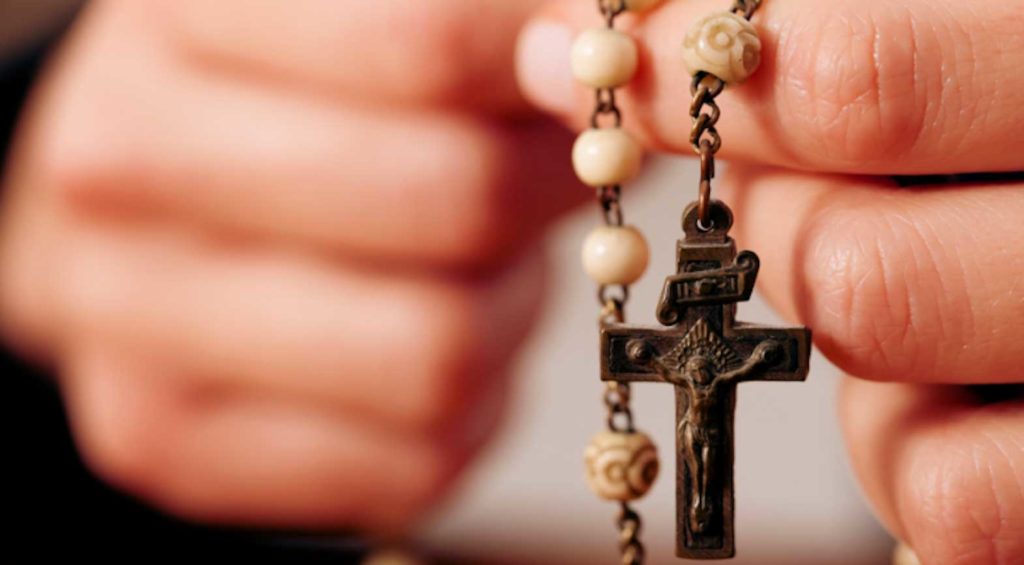 Globally, Catholics observe October as the universal month of the Holy Rosary. It was Pope Pius V, a Dominican Pontiff, who declared October 7 as the Feast of Our Lady of Victory, now known as the “Memorial of Our Lady of the Rosary.”

At EDSA, the Virgin Mary’s intercession made a million praying people, with roses and rosaries, blocked advancing military forces. At La Naval de Manila, the inferior navy fired the shots against more superior forces, and the Catholics won. At EDSA, the advancing superior forces were ordered to fire but did not, and the Filipino people won. The most significant fact remains, that, by people power, Filipinos achieved the impossible and brought down a seemingly unshakable strongman.

Josef Stalin’s quip to French Prime Minister Pierre Laval in 1935: “The Pope! How many divisions has he got?” was a purposeful sarcasm to point out how on earth a spiritual institution could do anything to help thwart the escalating military threat of Nazism. But in the olden times, I mean, during medieval times and early modern period, the Pope had an army. And all the armed forces of the Catholic nations in Europe were allied against the invading Muslims. In this context, we shall better understand another story of sweet victory wrought by the Holy Rosary.

The Ottoman Empire, spanning more than 600 years, grew to be one of the most powerful states and the Ottoman warriors into merciless conquistadores in the world during the 15th and 16th centuries. The Ottoman period came to an end only in 1922, when it was replaced by the Turkish Republic and other nations in southeastern Europe and the Middle East.

With the increasing Muslim Ottoman incursions into Europe, the Spanish Dominicans or the Orders of Preachers founded by Santo Domingo de Guzman went on the defensive by promoting the Holy Rosary as a weapon against the Ottoman Turks. On 7 October 1571, the Holy League, a coalition of European Catholic states, sailed from Messina, Sicily, and met a powerful Ottoman fleet in the Battle of Lepanto in what is known as largest naval battle in Western history that involved more than 400 warships, mostly from the Ottoman fleet. Knowing that the Christian forces were inferior and at a disadvantage, Pope Pius V, a Dominican, called for all of Europe to pray the Rosary for victory. He went out of the apostolic palace to personally lead a rosary procession in Rome.

Spanish military commander John of Austria (1547-78), the chief head of the Catholic League, kept a statue of the Virgin on his ship, while the Dominican chaplains of each warship actively encouraged all seamen to pray the rosary. In short, the Catholic naval forces inflicted a major defeat on the Ottoman fleet.

After the miraculous defeat of the Ottoman foes, Pope Pius V formally made public the victory and that, he stressed, the victory was due to the faithful’s fervent praying of the Holy Rosary. Thereafter, the Dominican Pontiff proclaimed October 7 as the Feast of Our Lady of Victory, later amended into the “Memorial of Our Lady of the Rosary.”