Part of ‘Larry: A New Musical’ ready for viewing, Oct. 2

Part of ‘Larry: A New Musical’ ready for viewing, Oct. 2 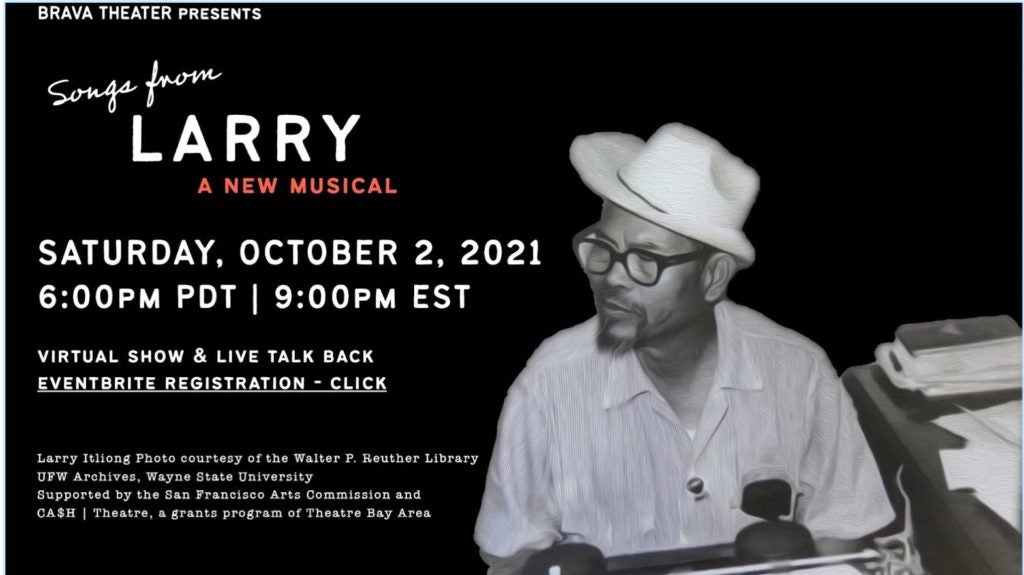 When Melvign Badiola and Bryan Pangilinan were cast in the 2018 production of the musical “Allegiance” in the San Francisco Bay Area, there was something about the cast members of color that stood out to them: about half were Filipino American.

The musical, set during the internment of Japanese Americans during World War II and inspired by the life of actor George Takei, led Badiola to ask: Why wasn’t there a Filipino musical that they could perform?

“As actors, we have played everything,” he said. “We’ve played Japanese, I’ve played a swarthy — a dark skinned dude. If it asks for a person of color, we end up being the default. But it always seems like we can’t fully embody our own identities.”

That same year, a children’s book on the life of Filipino American farm worker labor leader Larry Itliong was published — “Journey For Justice: the Life of Larry Itliong,” written by late scholar Dawn Mabalon and writer Gayle Romasanta, which fueled Badiola’s drive to pursue the idea.

On Saturday, the public will have the opportunity to see and hear part of the musical he thought up three years ago, “Larry: A New Musical,” which chronicles the life of Filipino American labor leader Larry Itliong. Half of the songs will be performed during a virtual workshop performance, which is meant to gauge audience responses.

The entire creative team behind the project consists of Filipino American professionals, which was important to the trio to ensure that the experiences being conveyed through the production weren’t borrowed, but were derived from their own lived experiences.

Badiola said the decision to produce a musical about Itliong’s life as opposed to a short theater production or a play was because he believes people tend to connect to historical stories best through emotion and that telling stories through music has a greater impact.

“I feel like bringing it down to a song — whatever that scene might be — will have a different effect on folks emotionally through the performance, rather than it being read as a documentary style,” he said.

The songs in the musical cover a range of topics related to Itliong’s life, including the excitement of coming to America and achieving the American dream, and how Larry was known as “Seven Fingers.”

Romasanta said the trio also made it a priority to elevate women’s voices in the musical, because they worked hard to ensure the manongs were fed and took on side jobs like selling rice cakes to bring in money.

“Many times, it’s all men that you see the pictures of during that generation, but we really wanted to include women’s voices and to explain, yes they were there and this is what they were doing. They were holding it down,” Romasanta said.

Following Friday’s performance, there will be two more workshops — one in the spring that will showcase the second half of the songs, and a full run through with all songs and the script in the summer. The production is scheduled to premiere at the Brava Theater in San Francisco in October 2023. 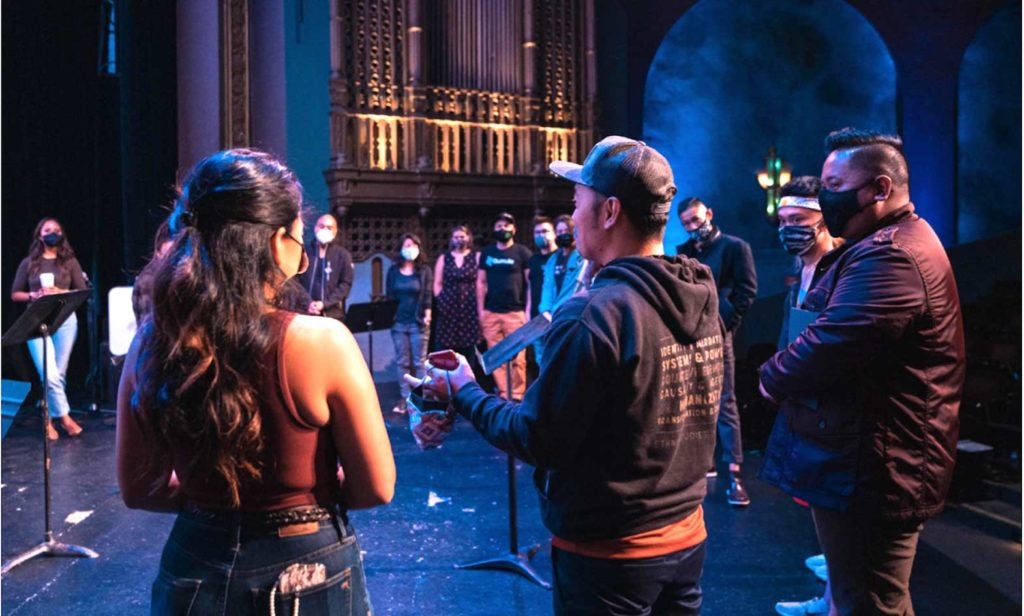 “We hope that Filipinos — especially the ones that have been born here and have no idea who Larry Itliong is — that they know and they understand the struggles that all of the ones that came before them had to go through in order for them to get to where they’re at,” Badiola said.

Kevin Nadal, a producer of the musical, said the team hopes to bring it to Broadway in 2024. To make that happen, they’re counting on the community to show that there is a demand to see the production on stage.

Romasanta said demand can be shown in a number of ways, including raising awareness about the musical by tagging people on social media and reposting content. She also noted that there were nearly 900 RSVPs as of Friday.

“One of the things that we hope is that when people watch the musical that they tell their friends about it, that they hype it up, that they recognize that this is something that can be really valuable for our community,” Nadal said.

The team will also need major investors and will be soliciting donations in the future to secure funding for the production that would pay the cast and crew, theater space, and other expenses.

“In the same way that the idea of a great strike was probably something that was unheard of, we channeled that same energy with this production, and we have a small dream that will hopefully turn into a dream come true,” Nadal said.

Individuals interested in viewing the workshop performance can register online for free. Those who RSVP but aren’t able to attend the live workshop will have 48 hours after the live stream to watch the workshop.