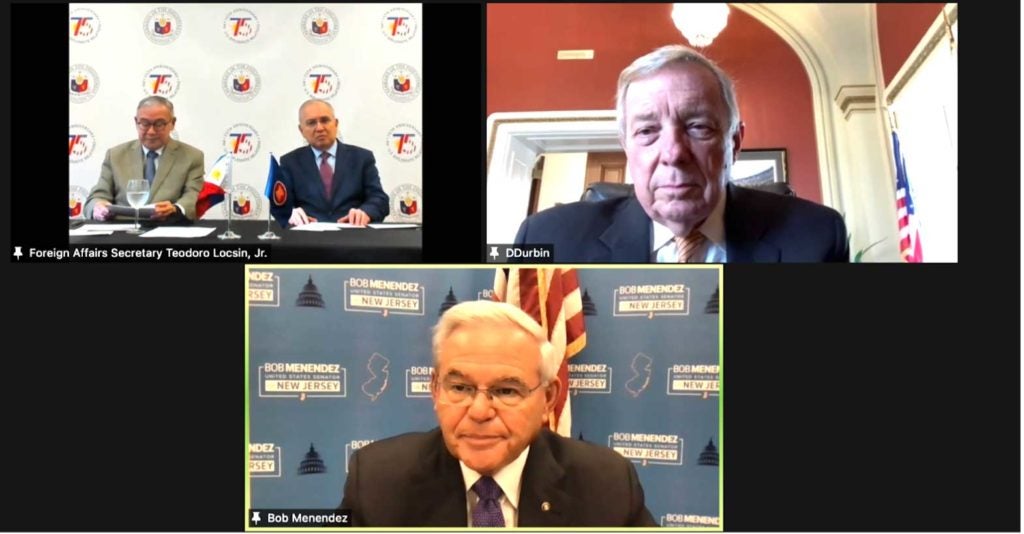 Locsin assured the U.S. senators that the Philippine government will provide updates as regards progress on these issues. G

The senators affirmed the centrality of Philippines-US relations for the stability of the Indo-Pacific region, thanked the Philippine Government for bringing the Visiting Forces Agreement back on track, and recognized the key role of the Filipino diaspora in the U.S

“I reassured Philippines Foreign Minister Locsin and Ambassador Romualdez that the United States recognizes the importance of cooperation with the Philippines to bolster security in the region, but it will not be at the exclusion of the country’s human rights record,” Durbin said.

On the human rights situation in the Philippines, Locsin said that the Philippines remains a vibrant democracy and echoed President Rodrigo Roa Duterte’s speech at the 76th UNGA on ensuring that those who are found to have acted beyond bounds with respect to the government’s campaign against illegal drugs are made accountable before the law.

In July, Durbin and a group of Senate Democrats sent a letter to Secretary of State Antony Blinken expressing their concerns with the human rights situation in the Philippines and asking for the Biden Administration’s strategy for addressing the Duterte government’s violations.

And last year, Senators Markey, Durbin, and others passed Senate Resolution 142, which criticized the Duterte government’s troubling human rights record and called for the release of de Lima.