US Democrats scramble to prevent shutdown and credit default I Politics

US Democrats scramble to prevent shutdown and credit default

President Joe Biden’s fellow Democrats sought to head off both a government shutdown and a potentially economically crippling U.S. credit default on Tuesday while also trying to agree on a mammoth tax and spending package for his ambitious social policy agenda.

Democrats had hoped to avoid a partial government shutdown and to suspend the federal debt ceiling with a single vote. But they were blocked on Monday in the Senate by Republicans, who said the two matters should be dealt with separately.

On Tuesday, Democrats moved to tackle those issues on their own.

Senate Democratic Leader Chuck Schumer said he would try to hold a vote to raise the debt limit, which could pass with just the support of the chamber’s 48 Democrats and the two independents allied with them.

One of America’s greatest assets is the dollar’s status as the world reserve currency. If Republicans refuse to let the government pay its bills, it jeopardizes this status, and the impact on the U.S. could be catastrophic. Gamesmanship over the debt limit is so irresponsible.

But Republicans would still need to agree to hold the vote in the first place, and several members of the party have said they oppose that idea.

The House of Representatives will also hold votes to extend government funding and raise the debt limit “in the next couple of days, surely,” said Steny Hoyer, the chamber’s No. 2 Democrat.

Lawmakers have just three days to avert a possible government shutdown by midnight Thursday, the end of the current fiscal year. Failure to do so could results in furloughs for hundreds of thousands of federal workers in the middle of a public health crisis.

The Democrats hold slim majorities in the Senate and the House, which are up for grabs in next year’s midterm elections.

Congressional Democrats also will seek a way to raise the government’s $28.4 trillion borrowing cap before the Treasury Department runs out of ways to service the nation’s debt. Treasury Secretary Janet Yellen has said the Treasury will likely exhaust extraordinary measures by Oct. 18. 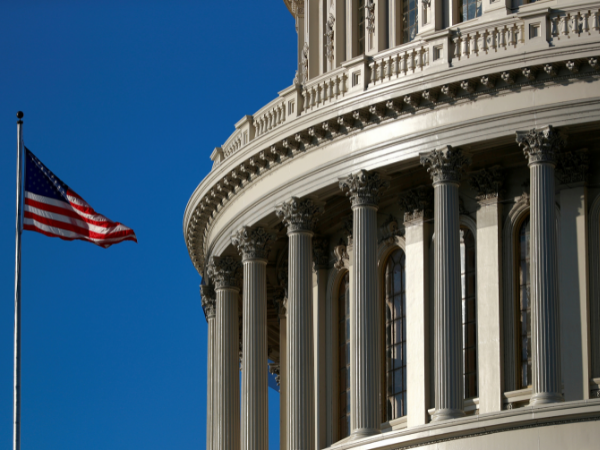 Fiscal brinkmanship has become a regular feature of U.S. politics over the past decade thanks to ongoing partisan polarization.

The most recent government shutdown, occurring during the presidency of Biden’s Republican predecessor, Donald Trump, lasted 35 days before ending in January 2019.

“This isn’t your typical Washington fracas,” Schumer said on the Senate floor after Monday’s vote. “It has far more severe consequences than the typical political catfight.”

Democrats point out that much of the nation’s new debt was incurred during Trump’s administration.

A government shutdown or a default would be a setback for the Democrats, who have portrayed themselves as the party of responsible government after Trump’s chaotic presidency.

Two key Democratic moderates, Senator Kyrsten Sinema and Senator Joe Manchin, were headed to the White House on Tuesday to discuss the social spending bill, sources said. Both senators have said the $3.5 trillion price tag is too high.

Democrats originally planned to handle both bills in tandem. But at a party caucus meeting on Monday, House Speaker Nancy Pelosi said her chamber would vote on the infrastructure bill on Thursday even though lawmakers are still negotiating the social spending bill, including its total cost.

Centrist Democrats have balked at the scale of the social spending package. The White House and top lawmakers may narrow some benefits to bring the price tag down, sources say, but they have yet to settle on a figure.

Lawmakers on the party’s left have threatened to torpedo the infrastructure bill. They have expressed concern that the plan to expand health and education benefits and fight climate change could fall by the wayside if Congress prioritizes spending on highways, broadband and other infrastructure.