A sharply divided U.S. Senate failed on Monday to advance a measure to suspend the federal debt ceiling and avoid a partial government shutdown, as Republican lawmakers denied the bill the votes necessary to move forward.

The legislation by President Joe Biden’s Democrats was aimed at beating two fast-approaching deadlines that, if left unaddressed, threaten to destabilize the U.S. economy as it struggles to emerge from the COVID-19 pandemic.

The near party-line vote of 48 votes to advance against 50 opposed fell short of the 60 votes needed to push the bill ahead in the 100-seat Senate. Senate Democratic leader Chuck Schumer voted “no” to allow him to call another vote.

Democrats who narrowly control both chambers of Congress now have just three days to find another way to keep the government operating beyond Thursday – when current funding expires. 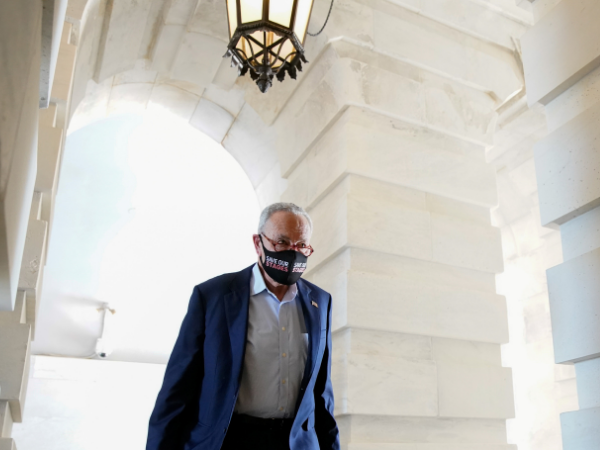 Republican Senator Richard Shelby predicted that lawmakers would not resolve the standoff any time soon. “Probably will be here Thursday,” he told reporters.

Lawmakers also will have to figure out how to raise the debt ceiling to head off the risk of default, with independent analysts warning that the U.S. Treasury Department is likely to exhaust its borrowing authority fully sometime between Oct. 15 and Nov. 4.

Schumer, who has warned that a default would hammer the economy, said afterward that Democrats would take further action this week to avoid a government shutdown and debt default. He did not specify what the next step would be.

“Our country is now staring down the barrel of two Republican-manufactured disasters,” he said on the Senate floor after the vote.

A government shutdown – or worse, a default – would be a huge hit to Biden’s Democrats, who have positioned themselves as the party of responsible government after Republican Donald Trump’s chaotic presidency.

Senate Republican leader Mitch McConnell tried unsuccessfully to force the chamber to vote for a funding extension, separate from the provision that would suspend the government’s $28.4 trillion debt limit through the end of 2022.

“We could have a bipartisan vote to fund the government today, if not for the odd tactics of the Senate Democratic leader,” he said on the Senate floor. 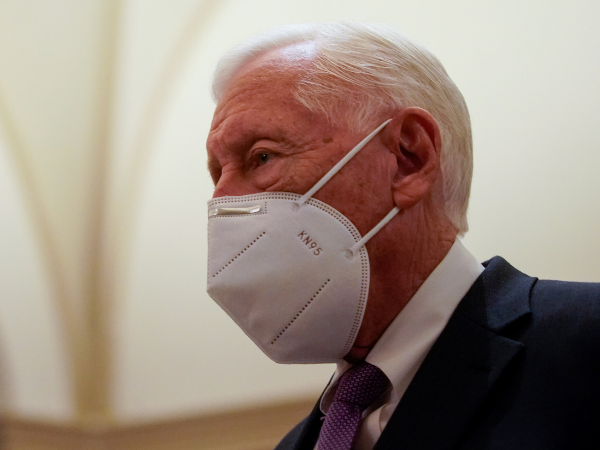 Republicans have said they want Democrats to lift the debt limit on their own, saying they do not support their spending plans. Democrats point out that much of the nation’s new debt was incurred during Trump’s administration.

Democrats are also at odds over two pillars of Biden’s domestic agenda – a $1 trillion infrastructure bill and a $3.5 trillion social spending package.

The rift risks derailing Biden’s presidency and the party’s hopes of keeping its congressional majorities in next year’s midterm elections.

Biden spent the weekend negotiating with lawmakers over the phone, according to administration officials. The White House and Democrats in Congress were considering whether to narrow benefits for electric vehicles and community-college tuition in the social spending bill, sources said.

Biden told reporters that Democrats might not reach an agreement this week, an assessment backed by the Senate’s No. 2 Democrat, Dick Durbin.

“I don’t think anybody has a rosy scenario,” Durbin told reporters.

The infrastructure bill, which moderates favor, would fund road, bridge, airport, school and other projects. It passed the Senate last month with considerable Republican support.

But progressive Democrats have threatened to oppose the measure unless moderates in both the House of Representatives and Senate agree to the larger package, which Democrats intend to pass without Republican votes.

Moderate Democrats say the social spending bill’s $3.5 trillion price tag is too high, and Democrats including Pelosi have acknowledged it will need to be scaled back to pass.

House Democrats emerged from a Monday night meeting confident they would bridge their differences.

“I think we’re going to get there,” said Steny Hoyer, the chamber’s No. 2 Democrat.