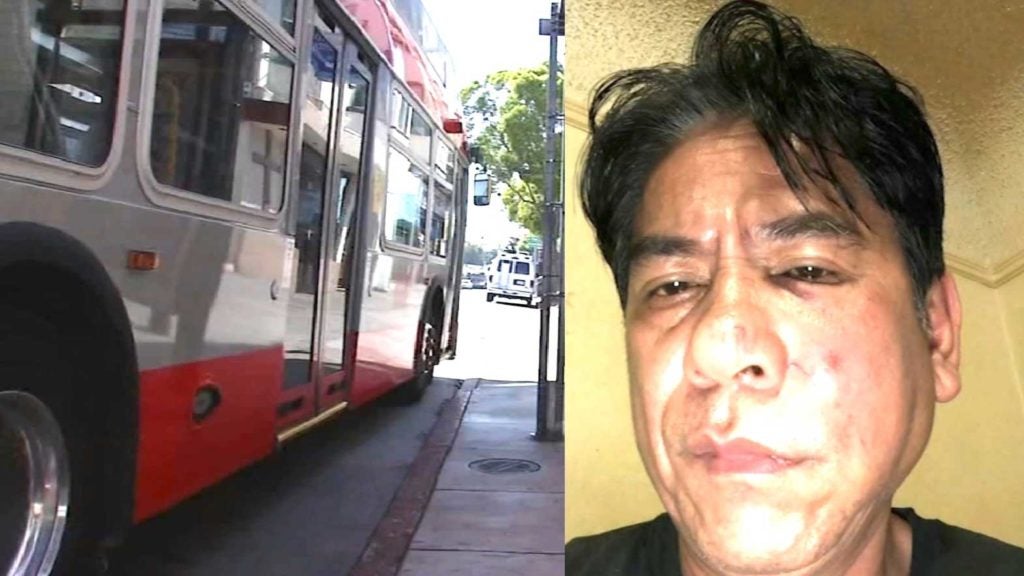 SAN FRANCISCO – A Filipino man who was waiting at a bus stop in San Francisco was suddenly punched in the face without provocation by an unidentified attacker.

While waiting for the bus at Geneva and Mission streets

On Sept. 17, Risley Biserra was randomly hit with a blow in the face.

After Biserra was punched and fell down, the attacker said, “Want to fight, Asian?” recalls the father of two, who just marked a decade of living in San Francisco after leaving the Philippines.

This violent incident followed days of several people being punched in the face or swung at in another part of the city.

“He’s just here to make a living and was on his way to work and then all of a sudden, he gets attacked,” Risley’s niece, Rexanne Biserra, told ABC7 News.

Biserra suffered swelling, a black eye and injuries to his nose. He says he missed three days of work to recover and believes the attack was a hate crime.

People in the city’s West Portal neighborhood reported three random attacks on victims ranging in in age from 14 to 72. The victims were either punched from behind or swung at.

Most of the victims said they had a hard time getting police response. Biserra called 911, then a non-emergency line and several more calls, feeling being given a runaround.

After ABC7 made some inquires to SFPD, two officers reached out to Biserra once and said they would try to do something. They provided a website showing the proper steps for reporting crime.