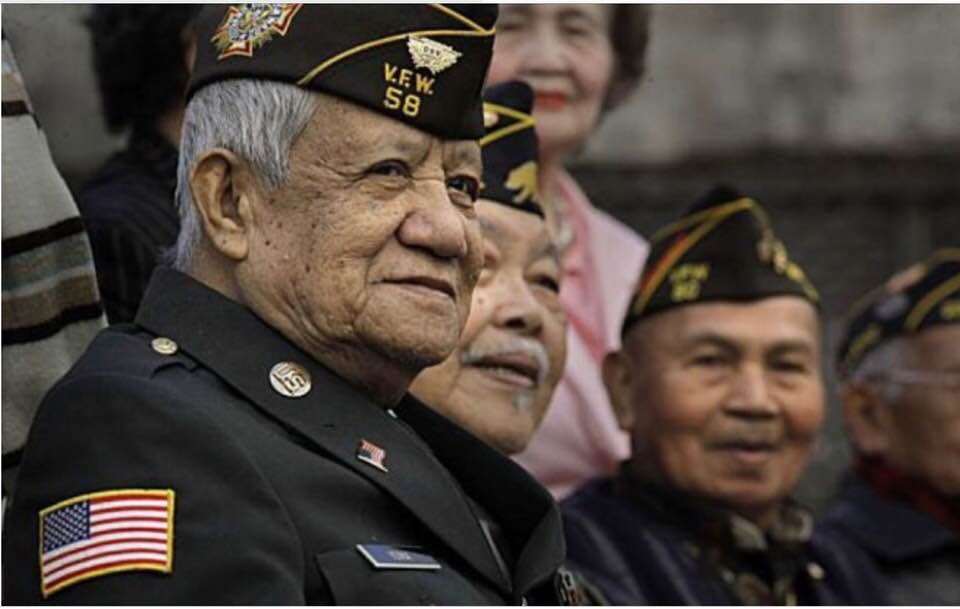 LOS ANGELES — “We defeated the fascist Japanese Army in WW II. We survived the Death March. Why should we be afraid of any dictators when democracy is once again under threat,” said Simplicio Yoma, a Filipino-American veteran who received a military pin from Senator Antonio Trillanes, a former naval officer, during his visit in San Francisco a month ago.

With other WWII veterans and their widows, they will receive gold medals from the local communities in honor of their heroism and in recognition of their 75-year struggle for full equity. They will also publicly announce their opposition to a revolutionary government that Duterte has been toying with lately.

To date, more than 14,000 have been killed mostly in extrajudicial killings.

MOST READ
usa Hugh Jackman returns as Wolverine with Ryan Reynolds in ‘Deadpool 3’
usa How to Part Your Hair for Your Face Shape
usa Ear Piercings: Fully Explained
usa Husband of missing Fil-Am mom found mentally competent to stand trial for murder
usa Filipino protesters in U.S. reject the Marcoses
usa How Does Temu Sell Such Affordable Products?
usa Filipino center gets $30K grant to increase free meals for seniors
DID YOU KNOW?
How to Part Your Hair for Your Face Shape
Best Clear Mascaras on Amazon 2022
How to Create the Perfect Pitch: Tips and Tricks
Best Oven Cleaners 2022
10 Ways to Build a Better Business Model
Best Trailer Dollies