The arc bends towards justice

The arc bends towards justice 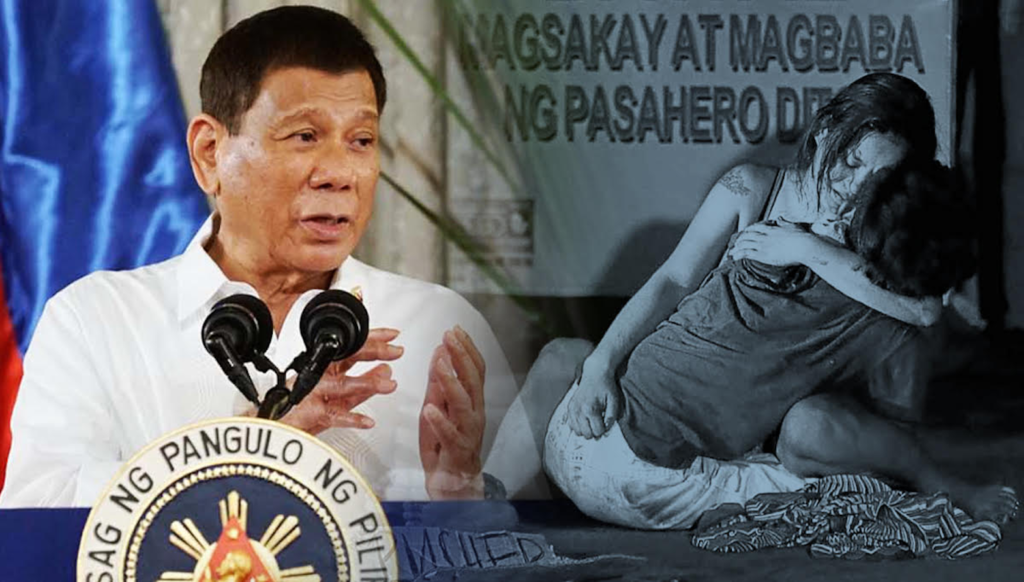 The International Criminal Court is now officially investigating human rights violations committed by the Duterte administration during its war on drugs campaign. INQUIRER

NEW YORK—In a 1968 speech he gave at Washington’s National Cathedral, Martin Luther King, Jr. uttered these memorable words: “The arc of the moral universe is long but it bends towards justice.”

In the case of President Rodrigo Roa Duterte, that arc started to bend when on a Wednesday, September 15, the International Criminal Court (ICC) gave the green light to a full-fledged investigation into the charges against him, that under his watch, crimes against humanity were committed while his police force carried out the “war on drugs,” began in deadly earnest once he took office in 2016.

In addition, the ICC said the scope of its investigation would include killings committed in the city of Davao where Duterte was the mayor prior to assuming the presidency. It was widely known that Davao death squads were given license to kill alleged drug dealers and addicts, and other assorted alleged criminals—all without due process.

During his campaign for president, Duterte relied heavily on his reputation as the tough-talking mayor who cleaned up the city that was once known as the murder capital of the Philippines—though there is a substantial amount of irony that this required a surplus of extrajudicial killings, or EJKs. For the good burghers of Davao murdering supposed lowlifes was apparently an acceptable price for quiet nights and peaceful streets. (I suppose the operative principle here was to fight fire with fire.)

The court will thus look at the period from November 2011 to March 2019, when the Philippines formally withdrew from the ICC treaty. While the killings continued after the latter date, the ICC is limited to investigating only those EJKs alleged to have occurred during the Philippines’ membership.

In their assessment of the material presented by prosecutors, the ICC determined that “the so-called ‘war on drugs’ campaign cannot be seen as a legitimate law enforcement operation, and the killings neither as legitimate nor as mere excesses in an otherwise legitimate operation. Rather, the available material indicates, to the required standard, that a widespread and systematic attack against the civilian population took place pursuant to or in furtherance of a state policy.” Those civilians happened to be for the most part the poor and the powerless.

According to the government, about 8,000 alleged drug suspects had been killed by the police. The actual number is at least triple that—24,000—according to various watchdog organizations.

The president is notorious for his foul mouth and cowboy reputation. He has said that he would be happy to slaughter 3 million drug addicts, undercounting by half the number of Holocaust victims whom he alluded to. At the outset of his tenure, he promised to fill Manila Bay with the dead bodies of drug dealers and users, to fatten the fish—taking his cue from the Mafia’s threat of having someone swim with the fishes.

The Manila-based human rights organization Karapatan welcomed the court’s decision as it “reaffirms the views of victims and their families,” adding that “Duterte and his cohorts should be made accountable for these crimes.”

Human rights groups have consistently accused Duterte of deliberately putting into place policies that encouraged massive violence by the police against unarmed drug suspects. Not surprisingly, the Philippine National Police denies that such policies exist. The president for his part points out that the police are under orders to kill only in self-defense. Hence, in the slayings that the police have acknowledged, a handgun was invariably found on the dead person, proof, the cops say, that the suspect fought back, or nanlaban.

Edre Olalia, the head of the National Union of People’s Lawyers (NUPL), a legal-aid group providing legal counsel for those who have had family members killed in the so-called  war on drugs, was cautiously optimistic that Duterte would finally be held accountable, pointing out, however, that the killings have not ceased. The very night that the Hague’s decision was transmitted to the Philippines, vigilantes in Cotabato City gunned down Juan Macababbad, a lawyer and member of NUPL.

Predictably, Duterte has not backed down, insisting that the war on drugs would  continue. “I have never denied (it), and the ICC can record it: Those who destroy my country—I will kill you,” he said. Given that his policies are in fact destroying the nation—by the pandemic, by a failing economy, by China’s sea grab, by the systematic violation of Constitutional rights, and by the deaths of thousands of citizens denied due process—one wonders if he will be a man of his word.