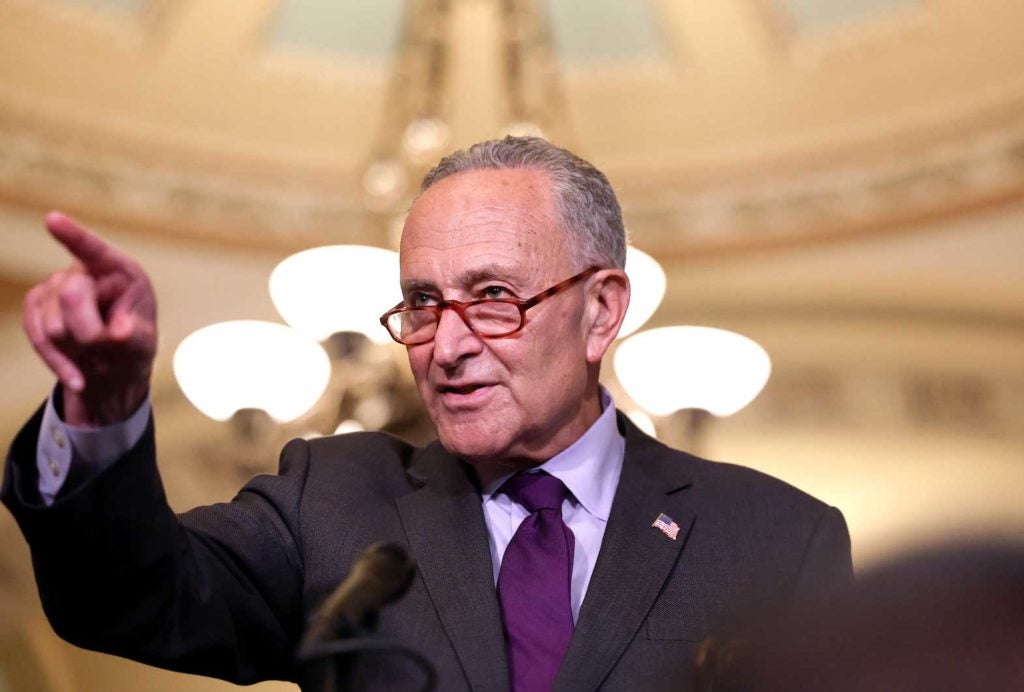 WASHINGTON -Senate Democrats hit a major roadblock on Sunday in their effort to allow millions of immigrants to legally stay in the United States, after the Senate Parliamentarian ruled against attaching the measure to a $3.5 trillion spending bill, lawmakers said.

The provision aimed to give a path to citizenship for millions, including so-called Dreamer immigrants, brought to the United States as children, who are protected from deportation under the Deferred Action for Childhood Arrivals (DACA) program.

Farmworkers, essential workers and immigrants with temporary protected status, which gives work permits and deportation relief to those hailing from nations hit by violence or natural disasters, also stood to benefit.

In a statement, Senate Democratic Leader Chuck Schumer said Democrats were “deeply disappointed in this decision but the fight to provide lawful status for immigrants in budget reconciliation continues.”

A legislative remedy has become all the more pressing since a July court ruling that struck down DACA, which now protects around 640,000 young immigrants.

Sunday’s ruling was “deeply disappointing,” a White House spokesperson said, but added, “We fully expect our partners in the Senate to come back with alternative immigration-related proposals for the parliamentarian to consider.”

Senate Republican Leader Mitch McConnell said, “Democrats will not be able to stuff their most radical amnesty proposals into the reckless taxing and spending spree they are assembling behind closed doors.”

An estimate in Senate Parliamentarian Elizabeth MacDonough’s ruling, obtained by Reuters, showed the step would have helped about 8 million people become lawful permanent residents, including about 7 million now deemed to infringe the law.

MacDonough said that if the reform were allowed to proceed in a budget bill a future Senate could then rescind anyone’s immigration status on the basis of a majority vote.

That would be a “stunning development … and is further evidence that the policy changes of this proposal far outweigh the budgetary impact scored to it,” she added.

“It is not appropriate for inclusion in reconciliation.”

As the Senate’s parliamentarian, MacDonough, in the job since 2012 under both Republicans and Democrats, advises lawmakers about what is acceptable under the chamber’s rules and precedents, sometimes with lasting consequences.

Chosen by the Senate majority leader, the holder of the job is expected to be non-partisan.

Early this year, MacDonough barred inclusion of a minimum wage hike in a COVID-19 aid bill.

Most U.S. Senate bills require support from 60 of the 100 members to go to a vote. Budget reconciliation measures, however, can clear the chamber on a simple majority vote, in which case Vice President Kamala Harris could break the tie.

The proposed designation of essential workers covered 18 major categories and more than 220 sub-categories of employment, MacDonough said in the ruling.

DACA beneficiaries receive work authorization, access to driver’s licenses and better access, for some, to financial aid for education, but not a path to citizenship.

The law protects primarily young Hispanic adults born in Mexico and countries in Central and South America who were brought to the United States as children.

View comments
TAGS: DACA, immigration US, path to US citizenship, US Senate